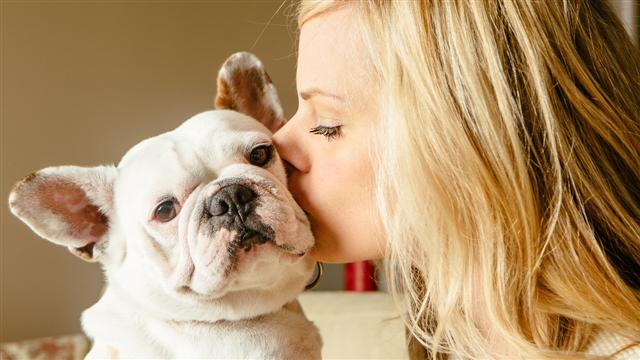 Our pets are our family members. That may seem weird to some people, but to dog people, it makes perfect sense. Losing a beloved pet is heartbreaking and traumatic. Like any other loss, it requires time to grieve and to heal.

In many cases, society at large doesn't acknowledge that grief or allow us time to recuperate from the loss. However, some companies are changing that. Many are starting to offer paid pet bereavement leave.

According to ABC News, big name companies like Mars, Inc., Salesforce, and Ben & Jerry's all grant their employees time off to mourn the loss of their pets. Some, like Ben & Jerry's, don't have an official pet bereavement policy, but it's company practice to allow employees to take time off.

Erica Lee, who works at the pet insurance company Trupanion, that having time off to cope with the loss of her 10 year old Pit Bull Chief, we invaluable to not only her, but her young son.

[My son] was 6 when [Chief] passed away and they were best friends. And he was just heartbroken. I couldn't imagine having to send him back to school the day after he lost his best friend. He's an only child. They went everywhere together. And it really helped me, as well, to know that I was able to take care of myself and my family and not have to worry about my job.

We hope more companies will start offering pet bereavement leave. It's important that everyone have time to mourn the loss of their family members, even if those family members have fur.