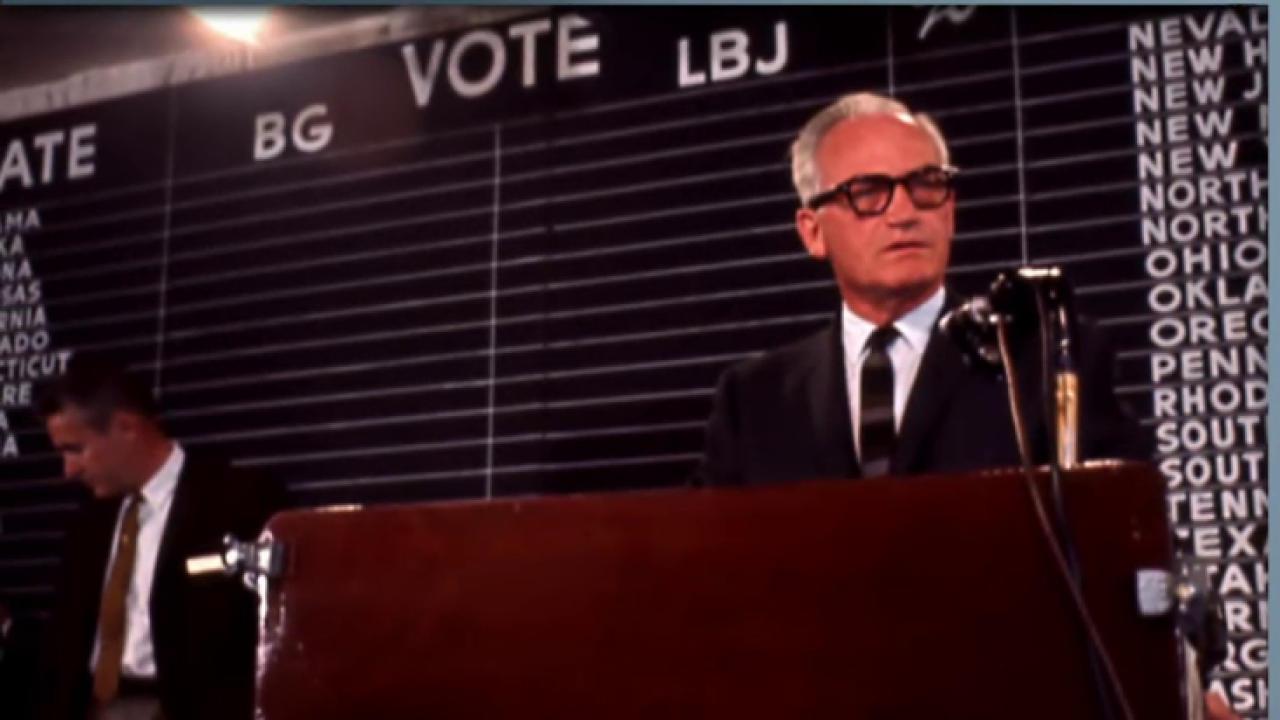 At first glance, the comparisons between Donald Trump and Adolf Hitler are obvious:

Both used the disaffection of an angry ethnic majority to gain power.

Donald Trump compels supporters to raise their right hands in allegiance to him.

Both entered the spotlight at a time of socio-economic turmoil in their countries.

German peasants, reeling from economic collapse after World War I, gather in 1936 to greet and celebrate Adolf Hitler.

Both presided over a movement marked by verbal and physical violence against minorities.

A Donald Trump supporter sucker-punches a black protester as security guards escort the protester out of a rally in Fayetteville, North Carolina.

And both appealed to xenophobic notions of nationhood to rile up their supporters.

But a growing number of journalists and historians have pointed out we needn't go all the way to Germany for a historical precedent -- nor need we go so far back as the 1930s.

A more accurate comparison, in fact, might be in America's own backyard. His name is George Wallace and, in 1968, he ran a polarizing presidential campaign that was eerily similar to Trump's.

George Wallace was one of the most visible segregationists of the 20th century.

From 1963 to 1967 he served his first term as the 45th governor of Alabama, where he famously blocked the doorway of a University of Alabama auditorium in Tuscaloosa on June 11, 1963, to oppose a federal order to make the school integrate.

But for our purposes, his stand-out accomplishment was how effectively he galvanized a cross-section of poor white Southerners, open white supremacists and big-city traditionalists to support the second of his four bids for the U.S. presidency.

The year was 1968. Wallace had already run in the Democratic presidential primary in 1964, and failed to secure his party's nomination.

But his opposition to racial integration throughout the 1960s had raised his national profile, to the point where he ranked No. 8 on Gallup's 1967 list of the 10 most admired men in America, according to the Daily Beast.

"Well, you came for trouble and you got it!" — George Wallace, to protesters engaged in a fight at one of his rallies

Wallace ran for president as a third-party candidate the next year. Daily Intelligencerreports he drew thousands of supporters and protesters to his rallies by espousing a mix of "law-and-order rhetoric" and "rabid anti-elitism" — similar to the ideals Trump plays up today.

But perhaps most eerie was the reaction Wallace provoked among the rally attendees. Here's an excerpt from Michael Cohen's upcoming book American Maelstrom: The 1968 Election and the Politics of Division, via the Daily Intelligencer, describing the scene at a Wallace rally at Madison Square Garden in New York City:

Outside the arena shoving matches and fistfights broke out repeatedly as Birchers, Nazis and Klansmen tussled with Trotskyists, Yippies and Black Power activists ... Rocks and soda bottles, from both sides, pelted the cops, who were trying, without much success, to keep order ...

With the crowd inside at a fever pitch, the guest of honor arrived under the watchful eye of hundreds of police officers. George Wallace was greeted with a sound so overwhelming that even the jaded political reporters who had seen and heard it all were momentarily stunned. "It was uncontrolled release of frenzied, pulsating passion that seemed almost more sexual than political ... It may have been the loudest, most terrifying sustained human din ever heard in New York," wrote Robert Mayer in 'Newsday.'

Inside, Wallace really got going, lobbing insults at his detractors and even encouraging violence against hecklers:

Wallace fired broadsides against the "pseudo-intellectuals" and "theoreticians," the "anarchists," "the liberals and left wingers," the "he" who looks like a "she," and the professors and newspapers that "looked down their nose ... at the average man on the street." His pledges to "let the police handle" the country's rising crime problems and end the practice of "busing your children where they don't want to be bused'"were met with boisterous and sustained applause. "All you need is a good barber!' he yelled at the dozens of hecklers in the crowd. "Why don't you come down here ... and I'll autograph your sandals!' As yet another fight broke out in the balcony, Wallace offered no quarter. "Well, you came for trouble and you got it!"

At Donald Trump's rallies, a similar environment greets attendees. The reality TV star and business man routinely whips his crowds into an emotional frenzy and silences dissent by encouraging violence against protesters and having security guards remove them by force.