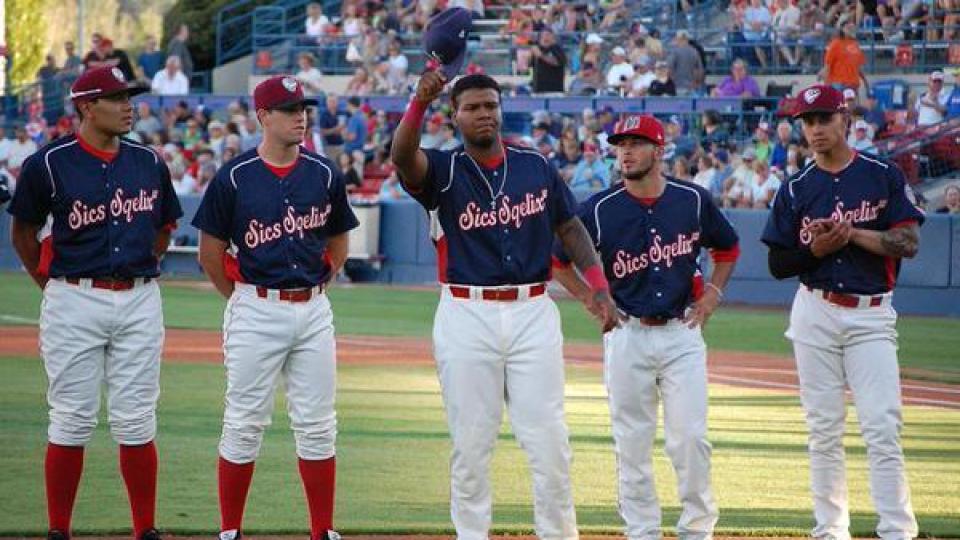 When Daniel Norris signed his first pro baseball contract with the Toronto Blue Jays in 2011, it came with a sweet $2 million signing bonus.

Naturally, the 18-year-old straight out of high school went shopping.

"On the morning in 2011 when his $2 million signing bonus finally cleared, Norris was in Florida with the rest of the Blue Jays' new signees," wrote ESPN's Eli Saslow.

"All of their bonuses had been deposited on the same day, and one of the players suggested they drive to a Tampa mall."

While most of the other signees were dropping "$10,000 or more on laptops, jewelry, and headphones," ESPN reported, Norris kept things simple. He bought a Henley t-shirt at the Converse store for the humble price of $14.

Shortly after, he did buy his dream ride: a $10,000 mustard-yellow Volkswagen van, which he would then convert into a tiny home and live in during the off-season:

Norris is the first to admit that he's, "more comfortable being kind of poor."

"In my mind there's no need for luxury, or at least society's sense of the word," he told GrindTV.

If you were wondering, the now 22-year-old pitcher, who is competing for one remaining spot in the Detroit Tigers' starting rotation, still has his Henley tee.

"It's been a fixture of his wardrobe ever since," Saslow noted.