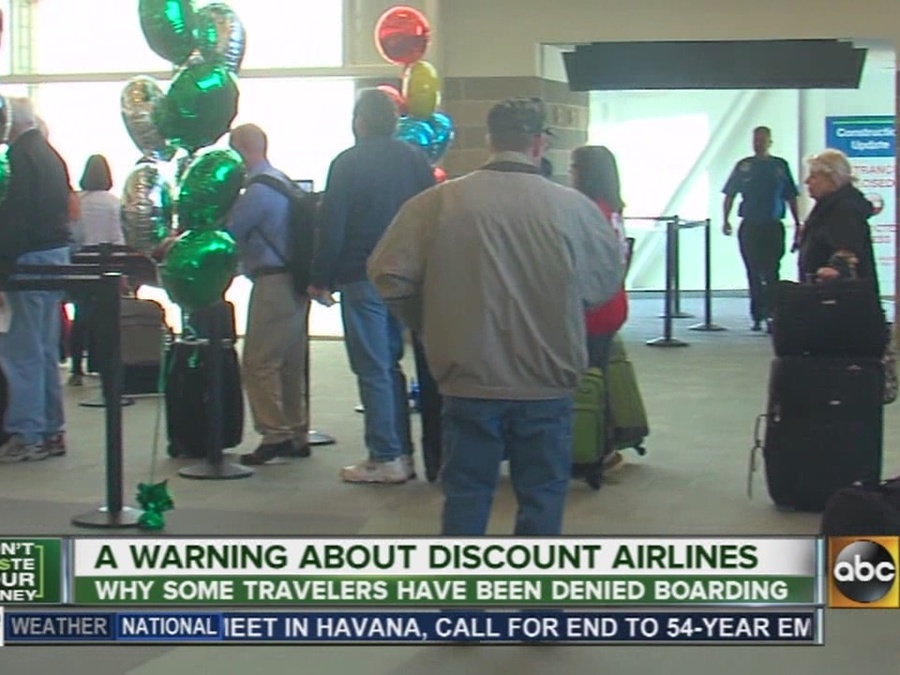 Flight prices and deals among airlines seem to be getting more and more competitive.

But with fare prices so low, the companies often use hidden tricks to make back some of the money they're losing by discounting the flight.

One of these tricks is to impose extra baggage fees for checked bags. Most regularly priced or luxury airlines will allow at least one checked bag at no additional cost.

It's come to light recently that there's another common hidden policy that can cost you, and most people miss it.

On some airlines, if you're even one minute later than when the airline designates you must be checked in, your flight can be cancelled without further notice.

Frontier airlines' policy requires you to be there 45 minutes before boarding. In the video above from ABC, one customer checked in 43 minutes before and was denied boarding. The airline couldn't offer him a flight until the next day, which would have been too late, and cancelled his flight without refund.

Regardless of how cheap your flight fare is, a cancelled flight is still a net loss of money.

Watch the video above to see what the customer had to say.

More on AOL.com:
JetBlue is rolling out 3 new credit cards
New bill aims to ground 'ridiculous' airline fees
20 tricks you can use to score a cheap flight