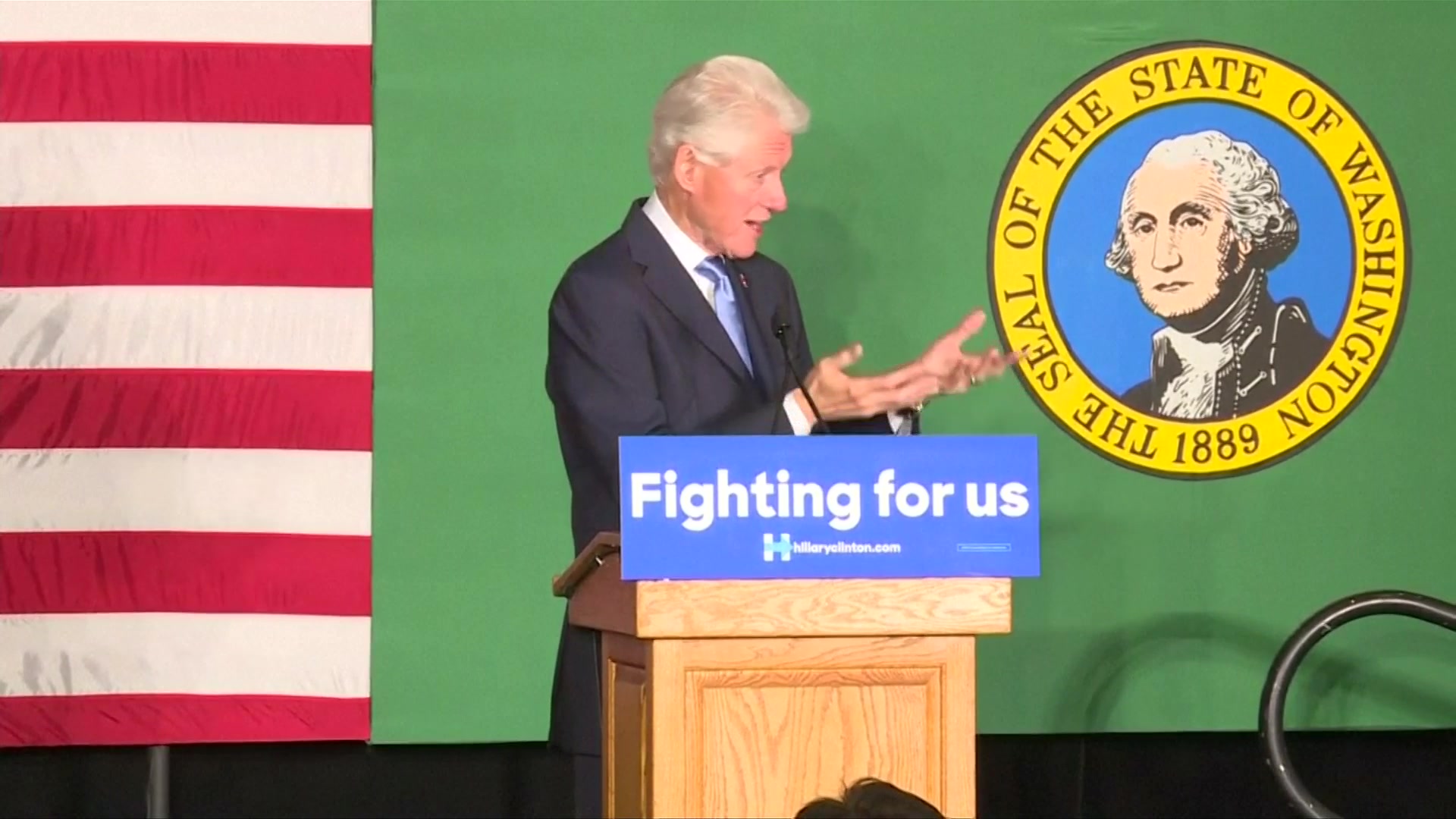 If you love politics but are beginning to experience Donald Trump fatigue, don't worry; one-man scandal machine Bill Clinton has come to the rescue. While speaking in Spokane, Washington on Monday night, the former president managed to spark a Clinton controversy that does not involve terrorism or tedious emails. And all he had to do was attack the cornerstone of his wife's entire campaign.

While praising Hillary Clinton for her ability to make change happen, the ex-president appeared to describe the past eight years – aka the Obama administration, aka the thing his wife is promising third term of – as an "awful legacy."

See photos of Bill and Hillary through the years:

I literally from the time I met her 45 years ago 'til we talked yesterday, she is the best change-maker I have ever known. She always finds a way to make something good happen, to make people feel empowered, to buy people into the process, to make democracy work the way the framers intended for it to work.

But if you believe we can all rise together, if you believe we've finally come to the point where we can put the awful legacy of the last eight years behind us and the seven years before that when we were practicing trickle-down economics and no regulation in Washington, which is what caused the crash, then you should vote for her because she's the only person who basically had good ideas will tell you how she's going to pay for them, can be commander in chief and is a proven change maker with Republicans and Democrats and independents alike.

Naturally, the remarks quickly circulated throughout conservative media. Some said it fit into Clinton's pattern of Obama-bashing, some thanked him for finally speaking the truth, and others suggested Clinton is no longer "all there." Even Bernie Sanders couldn't resist poking at the Clinton campaign:

However, an aide to Bill Clinton said people were misinterpreting his remarks. In reality, he was attacking – wait for it – the Republican Party. "When Republicans controlled the White House, their trickle-down approach drove our economy to the brink of a collapse. After President Obama was elected, Republicans made it their number one goal to block him at every turn," spokesman Angel Urena said. "That unprecedented obstruction these last eight years is their legacy, and the American people should reject it by electing Hillary Clinton to build on President Obama's success so we can all grow and succeed together."

Clinton's comment that his wife is "a proven change maker with Republicans and Democrats and independents alike," fits with an attack on GOP obstructionism, but it's unlikely that's the phrasing he intended to use. It's not clear what "awful legacy" he was referring to, and at the very least he flipped his reference to the last seven years of the Obama administration and eight years of President George W. Bush.

But since the Clinton camp is going with gross misinterpretation, not an innocent flub after a long day on the campaign trail, feel free to keep speculating about what the former president actually meant. Was it a Freudian slip? Does Bill resent both of his successors for undoing the policies he implemented in the '90s? Is he secretly feeling the Bern? Have fun theorizing, because we'll be back to debating racist remarks and rally violence soon enough.

More from Daily Intelligencer:
Hillary Clinton Has Officially Won the Missouri Primary
3 Images That Illustrate Why Hillary Clinton Might Lose Illinois
Obama Says It's Time to Rally Around Clinton, But Sanders Insists He Still Has a Shot