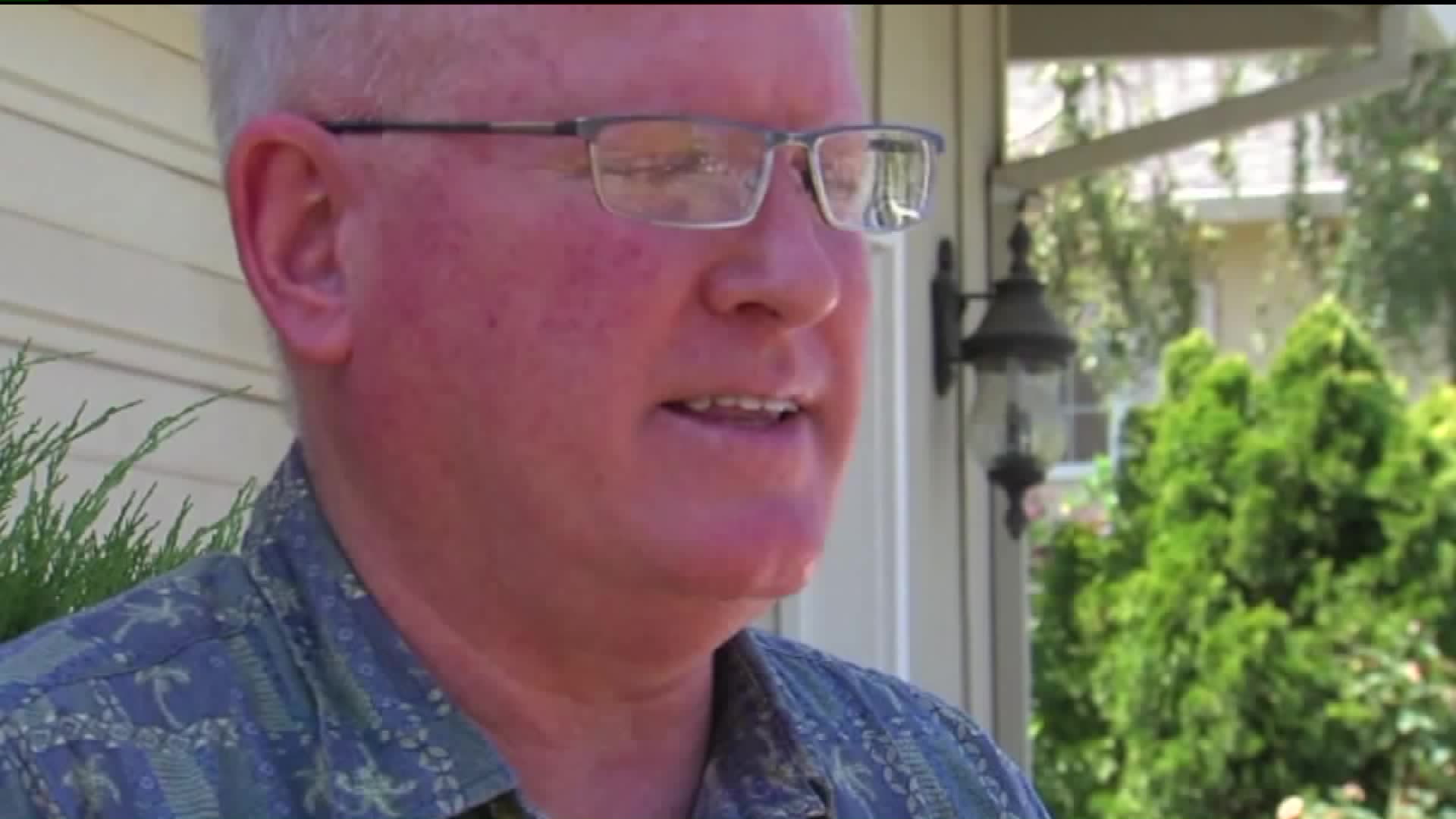 SACRAMENTO (KTXL) -- An arson fraud scheme in Sacramento spanning years came to an end after three men, including hometown hero Spencer Stone's father, were charged in a 60-count indictment.

Brian Stone, Jamal Shehadeh and Saber Shehadeh are accused of collecting $1.5 million in insurance proceeds after the lengthy scheme.

According to the Office of the U.S. Attorney, from December 2009 to September 2013, seven fires were deliberately set or caused by Jamal Shehadeh in Sacramento and Carmichael.

The three men allegedly worked together to submit false insurance claims which resulted in getting money from insurance companies.

"Our fire investigations team started investigating they soon realized there was more to it than just as standard fire they got the ATF and the FBI involved and it's now led up to what it is today," said Captain Dave Lauchner with the Sacramento Fire Department.

Brian Stone is accused of providing business consultant services that assisted with the insurance claims.

Alek Skarlatos' mother Heidi Hansen tells FOX40 she's shocked by the allegations against Stone although she says the 57-year-old isn't a big part of his kids lives and she doesn't know him well. Hansen stresses Stone's alleged actions have no reflection on the type of person his son Spencer is.

Stone is charged with 13 counts of mail fraud or wire fraud.

Train hero's father 1 of 3 charged in arson fraud scheme
LANDOVER, MD - SEPTEMBER 20: Quarterback Robert Griffin III #10 of the Washington Redskins talks with Airmen Spencer Stone, who was injured while helping stop an attack on a train in France, prior to the start of a game against the St. Louis Rams at FedExField on September 20, 2015 in Landover, Maryland. (Photo by Matt Hazlett/Getty Images)
WASHINGTON, DC - SEPTEMBER 18: Airman 1st Class Spencer Stone prepares to throw out the first pitch before a baseball game between the Washington Nationals and the Miami Marlins at Nationals Park on September 18, 2015 in Washington, DC. The Nationals won 5-4 in 10 innings. (Photo by Mitchell Layton/Getty Images)
SACRAMENTO, CA - SEPTEMBER 11: (L-R) Alek Skarlatos, Spencer Stone, and Anthony Sadler wave to the crowd along Capitol Mall during a parade to honor their August 21 actions in overpowering a gunman on a Paris-bound train on September 11, 2015 in Sacramento, California. Thousands lined the street along Capitol Mall to celebrate their hometown heroes. (Photo by Stephen Lam/ Getty Images)
ARLINGTON, VA - SEPTEMBER 17: U.S. Air Force Airman 1st Class Spencer Stone (C) is congratulated by U.S. Defense Secretary Ashton Carter (L) and Vice Chairman of the Joint Chiefs of Staff Gen. Paul Selva during an awards ceremony for Stone and two other men who helped stop a gunman on a Paris-bound train last month at the Pentagon September 17, 2015 in Arlington, Virginia. Stone received the Airman's Medal and the Purple Heart medal, Army Specialist Alek Skarlatos received the Soldier's Medal and Anthony Sadler received the Defense Department Medal for Valor. The three men helped overpower gunman Ayoub El-Khazzani, 25, after he opened fire on a Thalys train traveling from Amsterdam to Paris on August 21. (Photo by Chip Somodevilla/Getty Images)
Up Next

Jamal Shehadeh, 57, who owned some of the businesses that burned down, faces seven counts of arson, 52 counts of mail and wire fraud and one count of money laundering.

Saber Shehadeh, 73, who owned a Tru Value Market that went up in flames, is charged with three counts of mail fraud.

If found guilty the defendants could face anywhere from years behind bars to hundreds of thousands of dollars in fines.

More from AOL.com:
Father of France train hero indicted in California on fraud charges
Was Trump motivated to run for president after Obama ridiculed him at 2011 dinner?
Emma Stone to play JFK's sister in 'A Letter From Rosemary Kennedy'