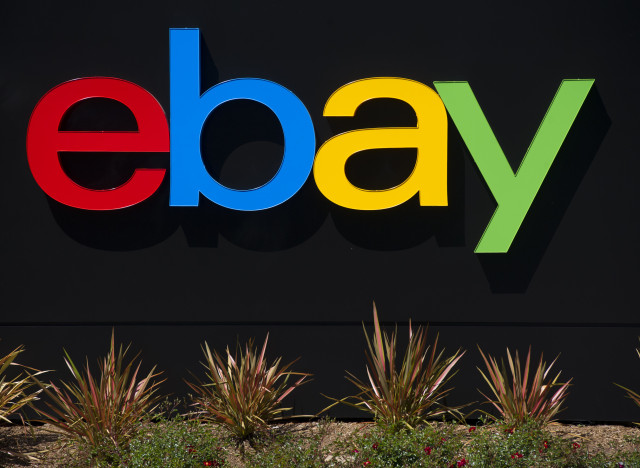 If you're in the process of moving, rearranging your house, or even just doing a little cleaning, you'll run into plenty of old junk just lying around. Your first instinct is to toss it in the dumpster, but there's a good reason not to. You might be able to turn it into some quick cash.

The saying, "One man's trash is another man's treasure" is true, and the Internet makes it easy to find that other person. Today, we're going to focus on what's hot on the granddaddy of online selling: eBay.

Take a look through the gallery below:

Depending on the record or collection, you can make some serious money. According to eBay's sold listings, A Beatles "Please Please Me" U.K. import first pressing sold on eBay in January for $6,500. A Rolling Stone: Special Collection Issue "500 Greatest Albums of All Time" went for $4,500 and a Beethoven Choral Symphony first pressing went for $4,017.95.

It's always surprising to remember that the last VHS tape was manufactured in 2005 and the last standalone VHS player as late as 2008. By that time, DVDs had completely taken over, and nearly 10 years later we've moved on to Blu-ray, and digital downloads and streaming.

While there are plenty of people who buy comic books just to have them, you'll run into a number of fans that see their collection as an investment. Depending on the comics books they have, that might not be too far off.

Do you have a vinyl record collection just sitting around gathering dust? You could convert it to digital music or enjoy it in its original form with the Fully-Automatic Stereo Turntable System we sell in our Shop. But maybe you've already re-purchased them as digital files from iTunes or Amazon.

Depending on the record or collection, you can make some serious money. According to eBay's sold listings, A Beatles "Please Please Me" U.K. import first pressing sold on eBay in January for $6,500. A Rolling Stone: Special Collection Issue "500 Greatest Albums of All Time" went for $4,500 and a Beethoven Choral Symphony first pressing went for $4,017.95.

Even if you don't think an album or collection is worth anything, it's still not a bad idea to post them. Just glancing down the list of high-priced albums sold, there are plenty from obscure artists and genres you wouldn't expect would sell. You never know what some collector or fan might be dying to get their hands on.

And even if your records only get you $20 to $80, that's better than the nothing you'd get if you just threw them out. Just be sure you do a little research first so you don't charge too little. You should also brush up on your eBay selling tactics to maximize your profits.

It's easy to think that any high-priced items on eBay are going to be "old" vintage, but when it comes to technology, even a few years ago is considered "old." That's why if you have an earlier iPod, you might be able to unload it for an unbelievable amount.

There are two types of high-value iPods listed on eBay: rare and in-demand. Examples of rare iPods are the limited-edition U2 iPods ($500 to $1,125); unopened first-edition iPods of all types ($300 to $1,100); or later-model iPods with an artist signature or other special features.

In-demand iPods are mostly iPod Classics with storage sizes of 80GB and up. Since Apple discontinued the Classic, die-hard fans of the model are driving up prices try to get the remaining ones.

You can find new unopened 7th generation 120GB or 160GB models selling for $400 to $1,400. Used ones can net a few hundred dollars. Even broken ones can sell for up to $100 as iPod lovers are scrambling for parts to keep their beloved gadgets running.

iPod nanos, minis, shuffles and other models can also list for several hundred dollars, if someone wants a particular model or color badly enough. You'll want to look around and see what other similar items are going for. EBay also has a handy tool to help you find a reasonable price for your gear.

Or you can decide to ask for an astronomical price and see what happens. According to eBay's sold listings, a user named "theappleipodbay" sold a "Collector's Set" of seven unopened 4th generation iPod Classics for $50,000!

Similar item: If you have some old flip phones lying around, they could also be worth something, especially if they're unlocked or can be unlocked. For example, used Motorola RAZR2 V9x models are selling for a few hundred. Punch the model number of your flip phone into eBay and see what comes up.

It's always surprising to remember that the last VHS tape was manufactured in 2005 and the last standalone VHS player as late as 2008. By that time, DVDs had completely taken over, and nearly 10 years later we've moved on to Blu-ray, and digital downloads and streaming.

That doesn't mean there isn't a market for VHS tapes, however. And if you had kids in your home at all in the '80s or '90s, you probably still have a box of them in the garage, including some that might be worth a lot.

According to eBay, the biggest consistent sellers, oddly enough, are horror films, especially Japanese ones. You probably don't have any of those, but, fortunately, Disney and Star Wars are big sellers as well.

A set of pre-1996 Star Wars VHS tapes can fetch several hundred, as long as they're in good condition or have some collector value. Black Diamond Disney films can get you dozens to hundreds of dollars. A Great Mouse Detective went for $250, and a set of six Disney releases from 1986 fetched $2,500.

Other good bets are large collections of Star Trek, anime, children's shows like Thomas the Tank Engine, wrestling and documentaries. Again, you never know what will catch a collector's fancy, so it doesn't hurt to post what you have and see what happens.

While there are plenty of people who buy comic books just to have them, you'll run into a number of fans that see their collection as an investment. Depending on the comics books they have, that might not be too far off.

If you don't have a key issue, don't worry because collections can net you several hundred to several thousands to if you have a character or story arc a lot of people want. Naturally, the older the comics and the better condition the more you'll get. Don't expect much for anything published in the last twenty years; you'll need to hold on to them a big longer.

You might remember the Beanie Babies craze of the '90s. If you have one of the rare ones, they can command prices up to $3,000. However, those aren't the only toys you might have in the house that can make you big bucks.

At the moment, two of the big sellers are vintage Star Wars action figures and Japanese tin robots. These are fetching thousands of dollars. Your toys, however, probably aren't going to be in mint condition. Still, it doesn't hurt to post them.

Non-mint vintage toys are still going for hundreds or thousands of dollars. Collections of Lego sets, or even larger sets like the Taj Mahal or Imperial Star Destroyer are in the $2,500 range. Nerf gun collections can fetch a high price, and so can rare Hot Wheels cars.

Again, it never hurts to post whatever you have and see what happens. You might be surprised. And even if you only get a few bucks, that's still better than what you would have gotten just throwing the items away.

The idea that any item can sell to the right person applies to just about any older or unique item in your home. Even items you think are mundane or ordinary might be more valuable than you realize.

Of course, what you get for an item comes down to when you list them and how you present it. If you have a bunch of vintage outfits, for example, save them for October and spin them as Halloween costumes. Hold those Christmas decorations you want to unload until November when people are in the right mindset.

Be sure to brush up on your listing skills so you know what does and doesn't work in product headlines and descriptions. Look around eBay to see what photos work for you and which ones don't.

Finally, be willing to settle for a smaller amount of money than planned. Some people keep an item listed forever holding out for a fortune. Be willing to lower your price to make a sale. If you're just throwing out an item anyway, anything you get for it is pure profit.

What's the strangest or high-priced thing you've successfully sold on eBay? Share your story in the comments.