Study: Memories lost during early stages of Alzheimer's may be recoverable 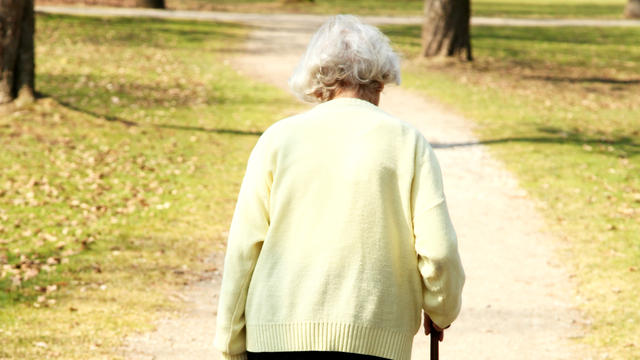 Memories lost during the early stages of Alzheimer's are still stored in the brain and may even be recoverable, according to researchers at MIT.

Writing in the journal Nature, the neuroscientists explain that Alzheimer's patients can form new memories just as well as those who don't suffer from the disease, the issue is being unable to access those memories.

SEE ALSO: 'Allegiant' trampled by 'Zootopia' at box office
​
Susumu Tonegawa, the study's senior author, said, "The important point is, this a proof of concept. That is, even if a memory seems to be gone, it is still there. It's a matter of how to retrieve it."

To that end, the results appear promising.

Study: Memories lost during early stages of Alzheimer's may be recoverable
This file photo dated 04 November, 1991 shows US President Ronald Reagan giving a speech at the dedication of the library bearing his name in Simi Valley, California. He was US president from 1981 to 1989 and retreated from public life after it was revealed he was suffering from Alzheimer's disease. (Photo by J. David Ake, AFP/Getty Images)
Glenn Campbell performs during The Goodbye Tour at the Ryman Auditorium on January 3, 2012 in Nashville, Tennessee. (Photo by Ed Rode/Getty Images)
Picture dated 18 May 1991 of US actor Charles Bronson during the 44th Cannes film festival, southern France. Bronson died 30 August 2003 in Los Angeles of complications from pneumonia. (Photo by Gerard Julien, AFP/Getty Images)
392653 01: Actor Burgess Meredith performs in the television show 'The Twilight Zone.' (Photo Courtesy of Sci Fi Channel/Getty Images)
LOS ANGELES - AUGUST 31: Actor James Doohan recieves his star on the Hollywood Walk of Fame August 31, 2004 in Los Angeles, California. (Photo by Mark Mainz/Getty Images)
LONDON, UNITED KINGDOM - JANUARY 17: Malcolm Young of AC/DC performs on stage at Wembley Arena on January 17th, 1986 in London, United Kingdom. (Photo by Peter Still/Redferns)
NORMAN ROCKWELL'S AMERICA -- Pictured: Artist Norman Rockwell -- (Photo by: Gary Null/NBC/NBCU Photo Bank via Getty Images)
Publicity close up of Hollywood actress Rita Hayworth wearing ornately decorated gloves and holding a cigarette in a cigarette holder.
NEW YORK CITY - FEBRUARY 29: Aaron Copeland attends 10th Annual Grammy Awards on February 29, 1968 at the New York Hilton Hotel in New York City. (Photo by Ron Galella, Ltd./WireImage) (Photo by Ron Galella, Ltd./WireImage)
Actor Peter Falk poses as he arrives for the premiere of his new film "Lakeboat" September 24, 2001 in Los Angeles. The film is an adaptation of David Mamet's comic play about a grad student who takes a summer job on a Great Lakes freighter and sees life through the eyes of his low-brow crew members. The film opens in limited release in Los Angeles September 28. REUTERS/Rose Prouser RMP/jp
Estelle Getty (Photo by Jim Smeal/WireImage)
Up Next

The researchers were able to stimulate the recall of certain fearful memories in mice using optogenetics—an invasive light-based procedurethat's presently considered too dangerous for human trials.

Still, researchers are hopeful about the potential of being able to reverse early-stage Alzheimer's-induced memory loss—in humans—in the future.