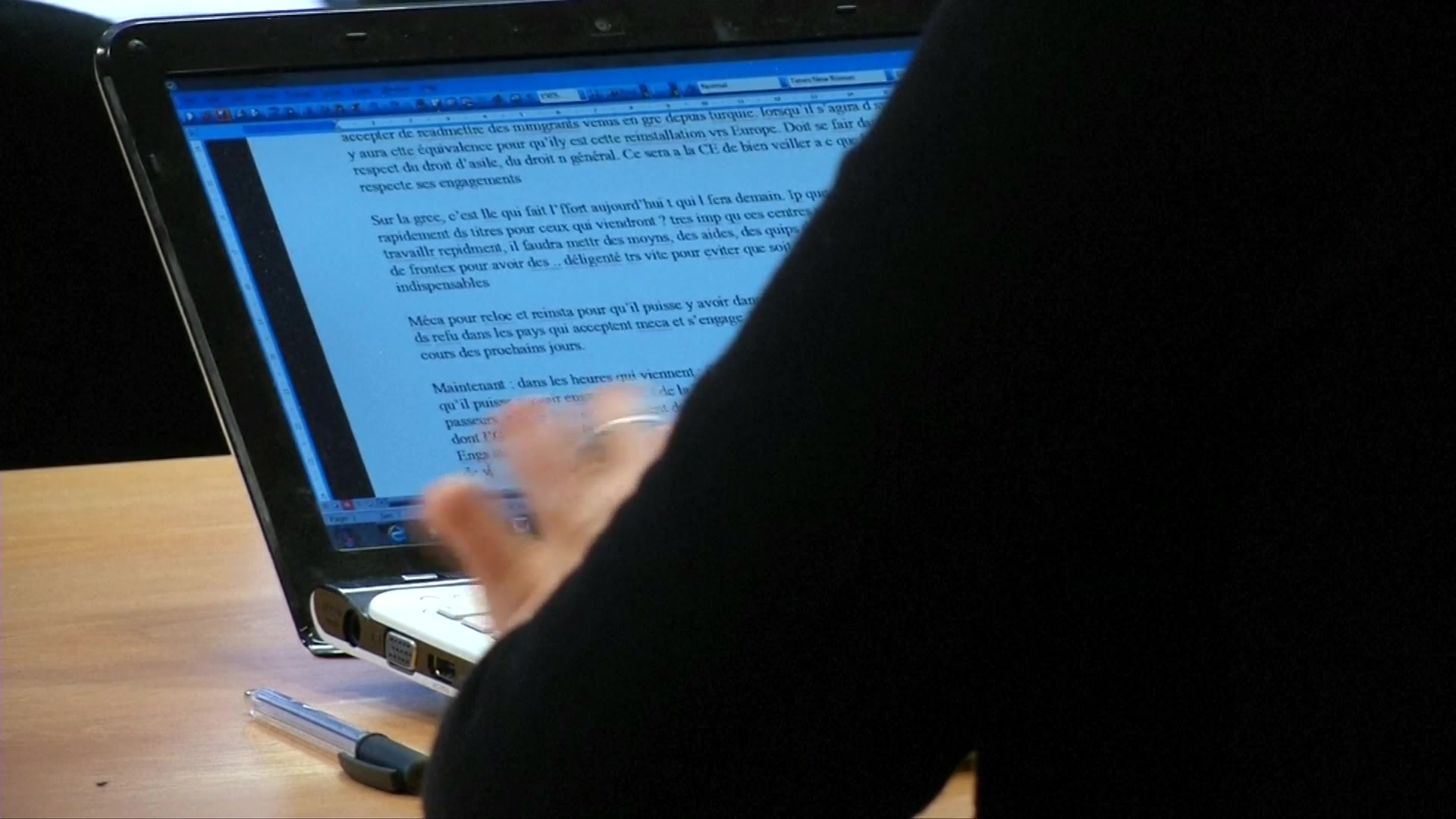 LESBOS, Greece, March 20 (Reuters) - They waved, cheered and smiled, elated to have made it to Europe at dawn on Sunday in a packed blue rubber motor boat.

The 50 or so refugees and migrants were among the first to arrive on the Greek island of Lesbos on day one after an EU deal with Turkey designed to close the route by which a million people crossed the Aegean Sea to Greece in 2015.

Exhausted but relieved, the new arrivals wrapped their wet feet in thermal blankets as volunteers handed out dry clothes and supplies.

Reuters witnesses saw three boats arrive within an hour in darkness in the early hours of Sunday. Two men were pulled out unconscious from one of the boats amid the screams of fellow passengers and were later pronounced dead.

Twelve boats had arrived on the shoreline near the airport by 6 a.m. (0400 GMT), a police official said.

Under the European Union deal with Turkey, all migrants and refugees, including Syrians, who cross to Greece illegally by sea from Sunday will be sent back to Turkey once they are registered and their asylum claims have been processed.

In return, the EU will take in thousands of Syrian refugees directly from Turkey and reward it with more money, early visa-free travel and progress in its EU membership negotiations.

The most powerful photos of the migrant crisis:

Among the arrivals on the seaweed strewn beach on the south of Lesbos was Syrian Hussein Ali Muhammad, whose studies were interrupted after the war began. He said he wanted to go to Denmark to continue university. Asked if he was aware of the European decision, he said:

Muhammed, who worked odd jobs in Turkey to pay a smuggler to bring him across, said he did not want to go back.

"I worked very, very hard in Turkey, I collected the money to come here ... It's very dangerous and not good."

Another arrival, 30-year-old computer engineer Mohammed from Daraa in Syria, said he hoped to stay in Greece until he found a way to be reunited with his wife and son in Germany.

"I know the decision. I hope to (meet with) my wife and children," he said.

The returns to Turkey are due to begin on April 4, as would resettlement of Syrian refugees in Europe.

Doubts remain about whether the deal is legal or workable. It was not clear what would happen to the tens of thousands of migrants and refugees already in Greece.

Authorities in Lesbos began removing refugees and migrants from the island on Saturday to make space for new arrivals. The island has a capacity to host 3,500 people at a place set up to register arrivals.

At least 144,000 people, mostly Syrians, Iraqis and Afghans, have arrived in Greece so far in 2016 according to U.N. refugee agency data. About 60 percent were women and children.

Of those people, more than half landed on Lesbos, the island on the frontline of Europe's biggest migration crisis since World War Two. Some 1,150 people a day continued to arrive in Greece from Turkey this month.

Few, if any, had planned to stay in the country, seeking instead a route to northern Europe where more support and jobs are available than in Greece, which is in the grip of an economic crisis.

But border closures along the main route north through the Balkans have meant at least 47,000 people are stranded in Greece, in camps and ports across the country. More than 10,500 people remain at a squalid tent camp near the Macedonian border hoping to cross. (Reporting by Karolina Tagaris; Editing by Elaine Hardcastle)

More headlines:
Discovery of viking crucifix may rewrite history of Christianity in Denmark
'I was a suicide bomber': Paris suspect charged in Belgium
Islamic State rocket kills US Marine in Iraq