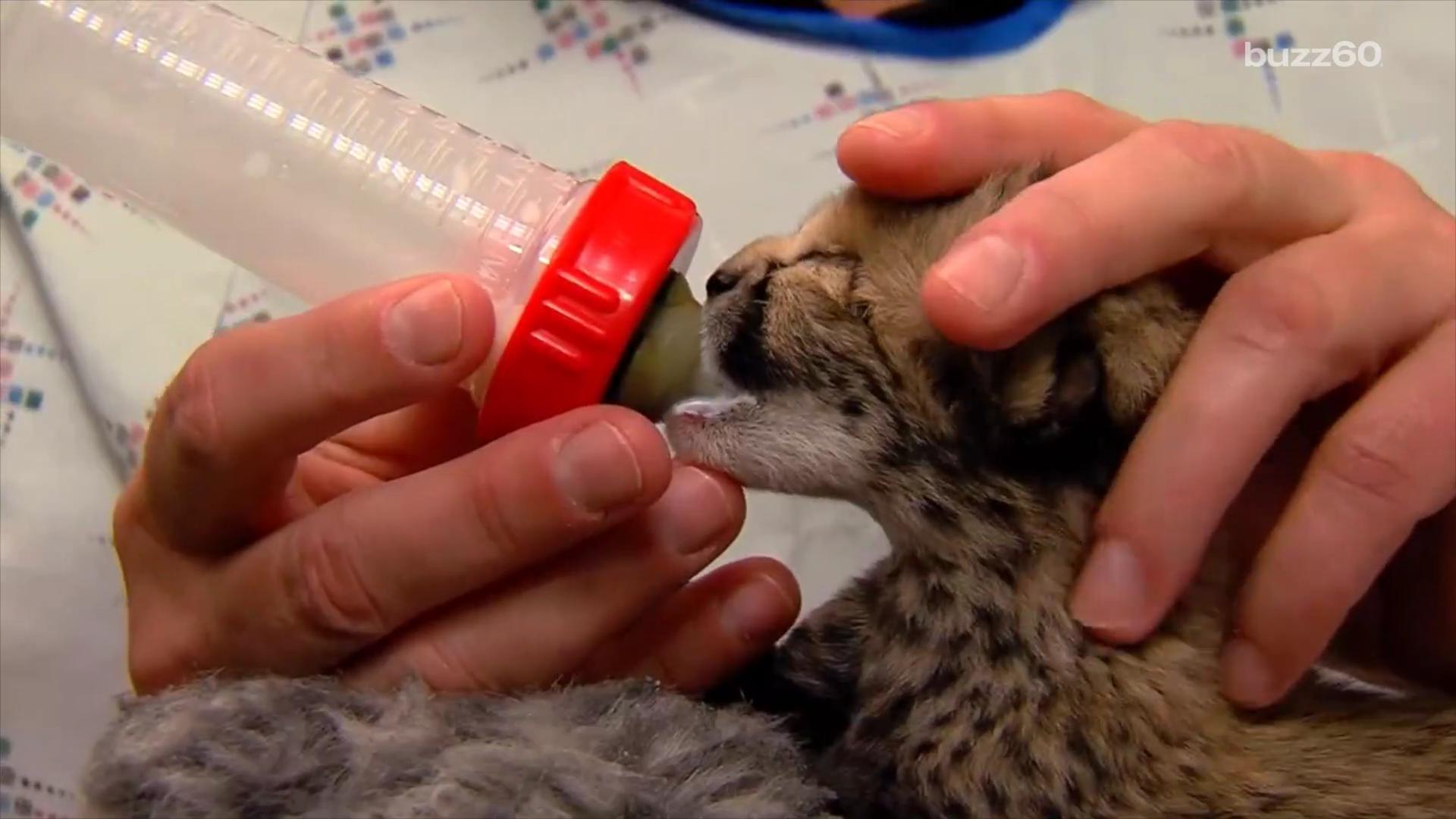 NEW YORK, March 20 (Reuters) - Five cheetah cubs are fighting for their lives after being delivered prematurely at a Cincinnati zoo by a cesarean section, a procedure seldom performed during the birth of the endangered cats.

The cubs, born earlier this month, have weak immune systems and are unable to actively ward off infections, said Mark Campbell, the Cincinnati Zoo and Botanical Garden's director of animal health.

The three males and two females are receiving around-the-clock critical care, which involves bottle feeding every three hours, Campbell said in a statement on Friday.

"Mom is recovering, and we're working hard to put some weight on the premature cubs," Campbell said. "Important benchmarks for survival of these cubs are the first week and month of life."

Belonging to a species considered the world's fastest land animal, the cubs are expected to receive special care for the next eight to 12 weeks. Zoo visitors are allowed to peek at them through nursery windows.

The cubs were born on March 8 at the zoo's regional cheetah breeding facility. It was only the third cesarean section Campbell said he was involved in during his 25-year career at the zoo, one of the oldest in the United States.

"Mom is recovering, and we're working hard to put some weight on the premature cubs" Mark Campbell, Cincinnati Zoo and Botanical Garden's director of animal health

The Cincinnati Zoo is a leading captive breeder of cheetahs, a big cat that is native to the savannahs of Africa. Since 2002, about 54 cheetah cubs have been born at the zoo, officials said.

Cheetahs are considered endangered, as their worldwide population has shrunk because of excessive hunting, reduced prey and loss of natural habitat. Fewer than 10,000 remain in 23 African countries, according to the Namibian-based Cheetah Conservation Fund.