These 13 massive hit songs were originally rejected by other artists 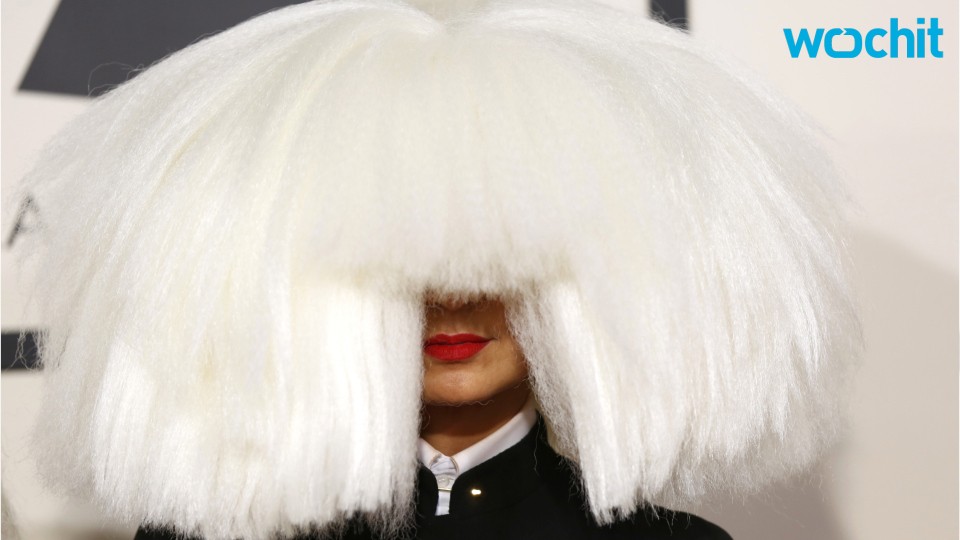 Neither can we, but it almost happened.

Spears' debut single was originally written for TLC, but the trio passed on what would turn out to be an enormous cultural phenomenon.

Here are 13 hits that almost went to other artists:

Rihanna's "Umbrella" was originally written with pop star Britney Spears in mind, according to author John Seabrook of "The Song Machine." But Spears' label rejected the song because she already had a full load of material to record.

Pharrell turned "Happy" into a worldwide hit and sold more than 5 million digital singles. To date, "Happy" remains his most successful song, with 47 weeks on Billboard's Hot 100.

During a 2014 interview with Oprah, Pharrell began crying after watching a supercut of people around the world dancing to his song "Happy."

"It's overwhelming because I love what I do," he told Oprah.

But the catchy tune was originally written for singer-actress Christina Milian, who rejected the song.

Meanwhile, Milian hasn't had a hit since "Dip It Low," which was released in 2004.

Kelly Clarkson's "Since U Been Gone" ... by Hilary Duff

"Since U Been Gone" was written and produced by Max Martin and Dr. Luke for singer-songwriter Pink.

After Pink passed on the song, it was offered to singer-actress Hilary Duff. Then Duff also rejected the song, but only because she could not reach the tunes' high notes.

The song was eventually recorded by Kelly Clarkson, the 2002 winner of "American Idol," on her album "Breakaway," which sold more than 5 million copies, according to Billboard. And it's become her calling card.

Chris Brown's team wrote "Disturbia" for him, but he decided to work on "Forever," and so he passed the song to his then girlfriend Rihanna, according to Billboard.

"Disturbia" spent two weeks at the top of Billboard's Hot 100.

The King of Pop was meant to sing what became a hit single on Justin Timberlake's debut solo album, "Justified."

But Michael Jackson turned down the song, which was planned for his 2001 "Invincible" album. "Rock Your Body" ended up charting higher than anything on "Invincible."

Gaga ended up pairing up with Beyoncé on the project for "The Fame Monster." Spears' demo for "Telephone" leaked in May 2010.

Kanye West wrote "Gold Digger" with a female vocalist in mind, with the chorus as, "I'm not sayin' I'm a gold digger / But I ain't messin' with no broke n----s."

The song was offered to female rapper Shawnna for her debut album "Worth tha Weight." She passed on the tune.

West tweaked the song's lyrics to be spoken by a man about a woman.

Cuban-born American singer Gloria Estefan cowrote "Let's Get Loud," but passed on it because it apparently sounded very similar to her previous songs.

Jennifer Lopez recorded the song for her debut album "On the 6."

Hip-hop artist Terrence Thornton, better known by his stage name Pusha T, was happy to see Jay Z and Kanye West partner to record "N----s in Paris," whose beat he first passed up.

"I tell people all the time that I don't know if I would've attacked it that way, which means the record might not have been as special once I got on it," Pusha T said in a 2011 interview.

Before B.o.B and Bruno Mars recorded "Nothin' on You," the song was originally slated for hip-hop artist Lupe Fiasco.

In an interview with MTV News, producer Jim Jonsin revealed that he was the one responsible for redirecting the song to B.o.B despite Lupe's interest in the project.

"It's not Lupe's record. I need this record for B.o.B Please give this record to B.o.B," Jonsin recalls telling Atlantic Records chairman Craig Kallman.

In an interview with The Guardian, Lupe said that Kallman called his performance "wack." Lupe said the process was "mentally destructive" and that he "was super-depressed, lightly suicidal, at moments medium-suicidal — and if not suicidal, willing to just walk away from it all completely."

Lupe's version of the song was leaked three months after B.o.B's came out.

Former Pussycat Doll Nicole Scherzinger missed out on a lot of hits.

Apparently, Martin had a misunderstanding of American slang and how the phrase would translate in the song. He just thought it sounded like a hip way to say "call me one more time."

After TLC rejected it, Martin sent the tune toRobyn — the Swedish teen-pop queen who has redefined herself as a more adult pop singer — but nothing materialized from that, either. So it went to a then unknown Britney Spears preparing for her debut.

These 13 massive hit songs were originally rejected by other artists

1. "Where Are Ü Now" by Jack Ü feat. Justin Bieber

2015 was the year that Justin Bieber (or, at least, his music) came back into the public's good graces. "Where Are Ü Now" was inescapable at the height of its popularity -- it's high-pitched, dolphin-like refrain will never get old -- but this song was even better for its reintroduction of the Biebs. Consider its presence at the top of our list a stand-in for his other amazing hits, "What Do You Mean?," "Sorry" and "Love Yourself."

"I can't feel my face when I'm with you / But I love it" is perhaps the most memorable refrain of the year, even if we're not totally sure what it means. The Weeknd had spent years as the Internet's favorite cult artist, but 2015 was the year that the whole world got to hear his genius. "Can't Feel My Face" is the product of his collaboration with pop mastermind Max Martin, and it was perfect.

3. "Run Away With Me" by Carly Rae Jepsen

After surging to the top of the charts and into our inner eardrums with the inescapable "Call Me Maybe" in 2012, Jepsen disappeared for a while to reinvent herself -- because, really, how do you follow such a massive hit? With her critically-acclaimed album, Emotion. "Run Away With Me" is the best song on the album with its exuberantly soaring chorus and pulsing, reflective verses -- this is pop at its best.

Adele came roaring back into our lives with three one instantly-iconic phrase: "Hello, it's me." "Hello" is an incredible song in its own right, but "When We Were Young" is our favorite off of her much-talked-about, record-breaking album, 25. It's Adele at her best -- nostalgic, vulnerable and angry. Welcome back, Adele.

If 2015 was the year that the world "forgave" Justin Bieber, it was also the year that his ex (are they or aren't they?) proved she had officially grown up. "Good For You" is a steamy, sensual mid-tempo jam that feels equally as appropriate for the dance floor and the bedroom. Gomez had a message to deliver with this one, and we totally received it: She's an adult now, y'all!

Our favorite new artist of the year, Alessia Cara, broke out with a song about hanging out in the corner at a party she doesn't want to be at. If that doesn't make you love her, what will? "Here" is a cool, addictive song that seems to indicate a bright future for the young star.

"She used to call me on my cellphone..." Drake had a huge 2015, but no song of his was as big for him as "Hotline Bling," the best song about booty calls in years, and a true cultural moment. Much was made about the (also wonderful) music video, but the song itself it a true party starter.

"Roses," with its pulsating synths and exuberant lyrics, was the ultimate soundtrack to our summers and proved to be the DJ duo's breakout hit. Though none of their follow-up singles have yet to live up to the precedent that they set for themselves with "Roses," we're excited about what other jams the pair cooks up.

If you had told us twelve months ago that one of the year's best new artists would be a rapper with one eye, we never would've believed you. "Trap Queen" was one of the biggest hits of the year, and Fetty Wap followed it up with a handful of other hit songs. Hey, what's up, hello, Fetty Wap. We can't wait to hear what you release next.

You'd surely recognize Jess Glynne's voice, but you might not realize it was hers. She sang on Clean Bandit's worldwide smash, "Rather Be." With "Hold My Hand," which was a number one hit in the UK, Glynne gets it right on her own -- it's a euphoric, feel-good jam sure to get you in an amazing mood.

More from Business Insider:
The 5 best new songs you can stream right now
10 music artists who are about to blow up in 2016, according to Spotify
These 13 massive hit songs were originally rejected by other artists

SEE ALSO: We finally know the meaning of 'Hit Me Baby One More Time,' but it's not what you think