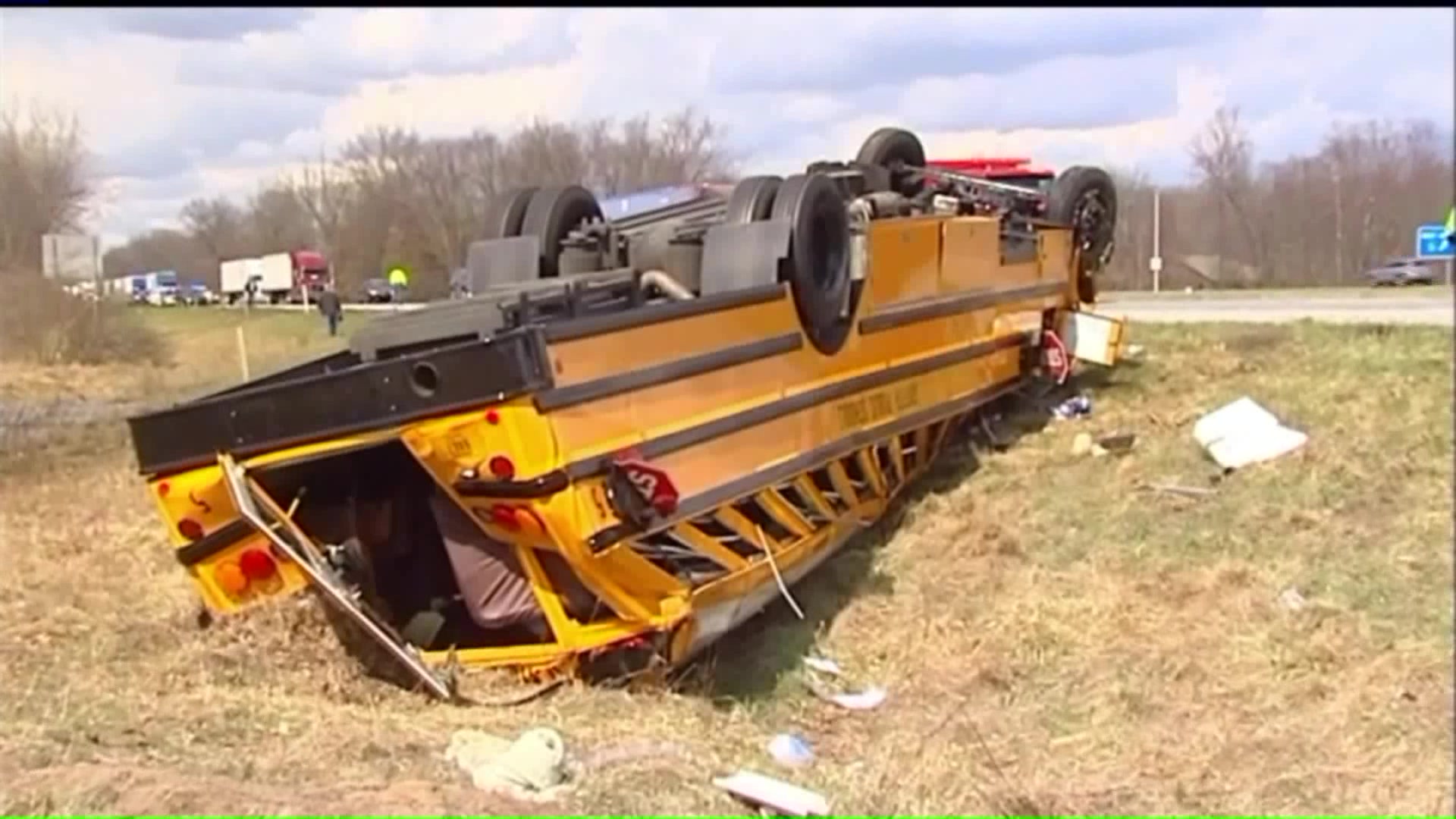 March 19 (Reuters) - Twenty-seven members of an Indiana high school basketball team were injured on Saturday when their bus overturned on a highway, after it was sideswiped by a driver who had spilled a drink on herself, officials said.

All of the students and adults on the bus were taken to hospitals, including a coach who was airlifted to a Chicago facility, but their injuries are not life-threatening, Indiana State Police said in a statement.

The crash near the town of De Motte on Interstate-65 occurred as the Griffith High School basketball team was traveling from Griffith to play in a state basketball tournament in Lafayette, officials said.

"Our hearts are heavy today," Griffith Public Schools Superintendent Peter Morikis said in a statement, thanking a surgeon who had stopped on the highway to attend to the injured members of the Panthers basketball team.

The driver of the car, who had spilled a drink on herself which caused her to lose control of her Kia and sideswipe the bus, was hurt along with her passenger, Indiana State Police said in a statement. They were transported to a hospital with non-life threatening injuries.