Trump wants to know who should star in a reboot of 'Liar Liar' -- Clinton or Cruz?

A lawyer's compulsive lying nearly ruins his life in the 1997 movie "Liar Liar". Jim Carrey was nominated for a Golden Globe Award for his lead role in the film, but Republican presidential candidate Donald Trump thinks the movie needs a reboot starring one of his presidential opponents.

The GOP front-runner took to Twitter to ask, "Who should star in a reboot of Liar Liar - Hillary Clinton or Ted Cruz?" -- taking aim at both his main Republican rival and the Democrat he would most likely face off against if he were to get the Republican nomination.

In case you didn't think Trump was serious about his desire for a reboot of the film, he posted a "Liar Liar" movie poster to his Instagram account with Ted Cruz's face photoshopped onto Jim Carrey's body.

Trump is notorious for referring to his GOP opponent as "Lyin' Ted" but although Cruz's face is photoshopped onto the movie poster, most of Trump's Twitter followers think that Clinton is the real "Liar Liar."

Almost 150,000 Twitter users participated in the poll and the majority (71 percent) voted for Clinton.

Who should star in a reboot of Liar Liar- Hillary Clinton or Ted Cruz? Let me know. https://t.co/ESdiEftWGs

Trump followed the poll with a tweet accusing Clinton of being involved with corruption for most of her professional life:


Hillary Clinton has been involved in corruption for most of her professional life!

Who do you think should star in a reboot of "Liar Liar?"

See more on how Trump "brands" his opponents below: 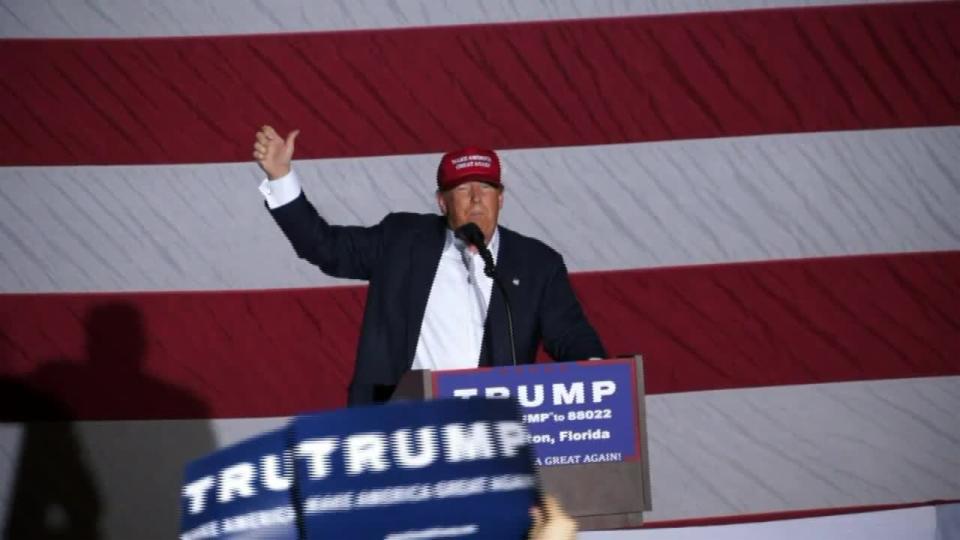 More on AOL.com:
What it's like to get kicked out of a Trump rally
Has violence at Donald Trump rallies gotten out of control?
GOP establishment could back Ted Cruz in bid to stop Donald Trump