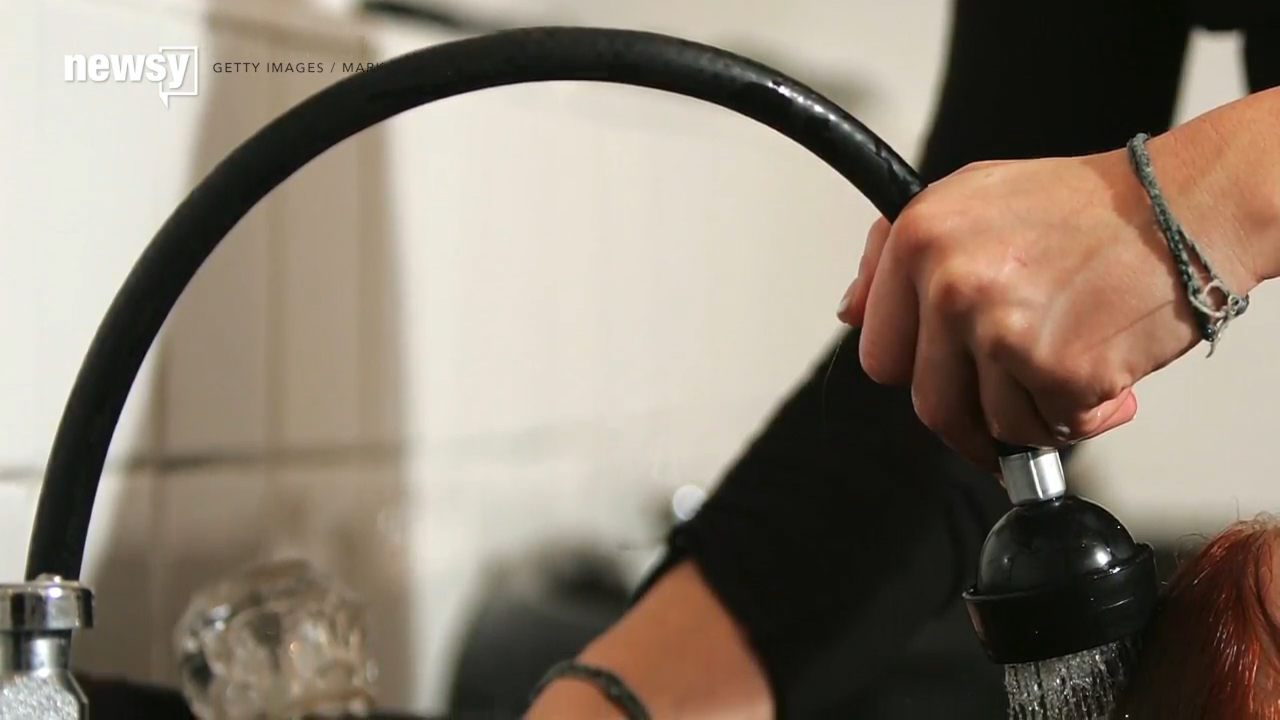 After suffering a stroke, a California woman is suing her hair salon.

It can happen when you tilt your head backward in a shampoo chair. If the neck is hyper-extended, a vertebra can slice an artery, leading to a blood clot that can eventually cause a stroke.

Smith had a stroke about a week after going to a beauty salon. Two years later, she still has problems with her strength, balance and vision, as well as a life-threatening clot in her brain.

Some salons have reclining chairs or adjustable sinks to help take the strain off of a customer's neck.

Many doctors recommend that older people with arthritis don't have their hair washed like this.

Everyone else should avoid learning back more than 15 to 20 degrees or just have their hair washed face-down.

Strokes are more common among the elderly, with the chance of stroke nearly doubling each decade after the age of 55.

Stroke risk is greater in those whose immediate family members have had a stroke, and a stroke can be a symptom of various hereditary disorders.

The risk of death from stroke is higher in African-Americans as they also have higher risks of complications like high blood pressure and diabetes.

Women are also more likely to die of a stroke, possibly due to factors such as birth control usage and pregnancy complications.

(Photo by Hinterhaus Productions via Getty)

Strokes are more likely in people who have already suffered a stroke or a heart attack.

(Photo by Morsa Images via Getty)

Southeastern states are also called the "stroke belt" states, as strokes are more common in this area.

Alcohol abuse can lead to many problems, including strokes.

Speech difficulties are a major symptom of someone who has had or is having a stroke.

(Photo by Henrik Sorensen via Getty)

Possibly the most noticeable sign of stroke is the drooping of one side of the face, or face numbness.

Weakness on one side of the body is another symptom of a stroke.

More from AOL.com:
Learn what your body needs by examining your common breakout spots
5 hacks to keep your room clean all the time!
How to save money at Whole Foods