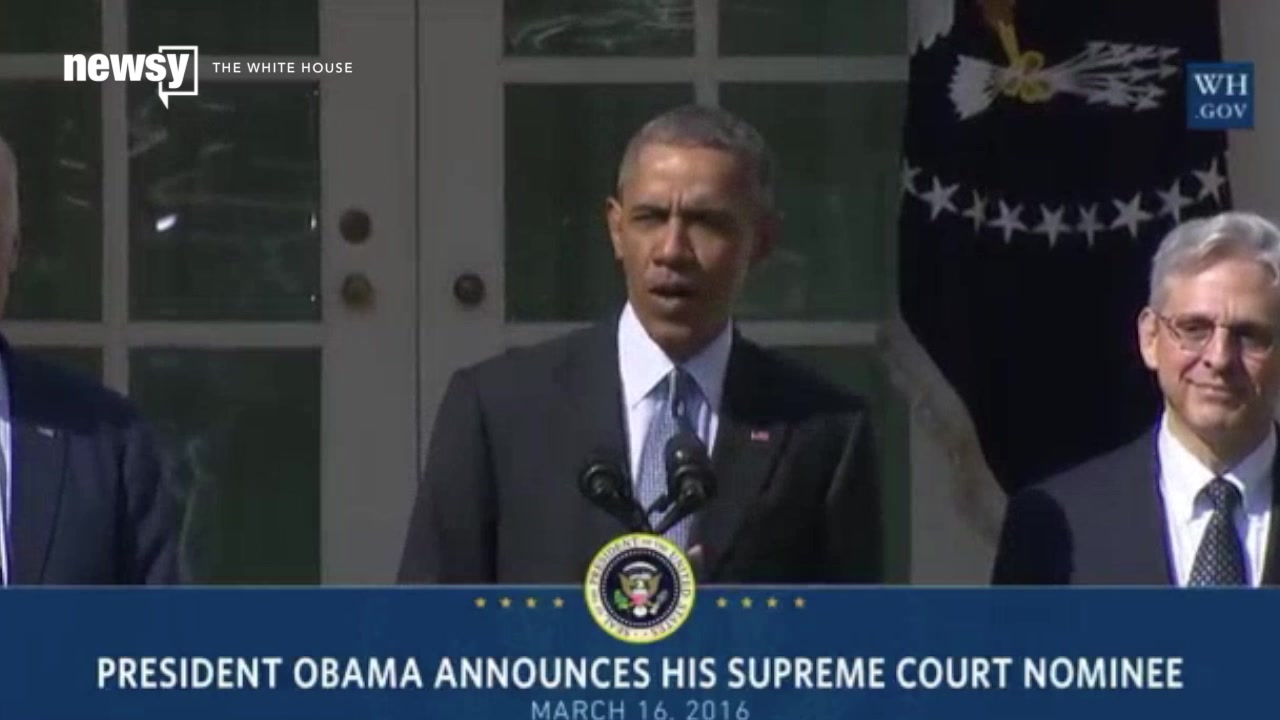 A bruising political fight is brewing over the nomination, which also promises to figure in the already contentious campaign ahead of the Nov. 8 U.S. presidential election. The Republican-led Senate's leaders have vowed not to hold confirmation hearings or an up-or-down vote on any Obama nominee.

Garland, 63, was picked to replace long-serving conservative Justice Antonin Scalia, who died on Feb. 13. A Chicagoan like Obama, he serves as chief judge of the influential U.S. Court of Appeals for the District of Columbia Circuit and is a former prosecutor who in the past has won praise from both Republicans and Democrats.

See more in the gallery below:

Republicans, hoping a candidate from their party wins the presidential election, are demanding that Obama leave the seat vacant and let his successor, to be sworn in next January, make the selection. Billionaire businessman Donald Trump is leading among Republicans for the nomination. Obama's former secretary of state, Hillary Clinton, is the front-runner for the Democrats.

The lifetime appointment to the high court requires Senate confirmation.

Obama said Republican senators should give Garland a fair hearing, saying that failing to do so "will not only be an abdication of the Senate's constitutional duty, it will indicate a process for nominating and confirming judges that is beyond repair."

Such a move would undermine the reputation of the Supreme Court and faith in the American justice system. "Our democracy will ultimately suffer as well," Obama added, as he introduced Garland at a White House Rose Garden ceremony.

Scalia's death left the nine-member Supreme Court evenly split with four liberals and four conservative justices. Obama's nominee could tilt the court to the left for the first time in decades, which could affect rulings on contentious issues including abortion, gun rights, the death penalty and political spending.

Obama said the Supreme Court was supposed to be above politics and it should remain so.

"At a time when our politics are so polarized, at a time when norms and customs of political rhetoric and courtesy and comity are so often treated like they're disposable, this is precisely the time when we should play it straight, and treat the process of appointing a Supreme Court justice with the seriousness and care it deserves," Obama said.

Senate Majority Leader Mitch McConnell of Kentucky swiftly reiterated that the Senate will not consider the nomination by the president. A McConnell spokesman said the senator had spoken by phone with Garland and would not hold a "perfunctory meeting" with him.

"It seems clear that President Obama made this nomination not with the intent of seeing the nominee confirmed, but in order to politicize it for purposes of the election," McConnell said on the Senate floor.

John Cornyn of Texas, the second-ranking Senate Republican, added, "This person will not be confirmed, so there's no reason going through some motions and pretending like it will happen, because it's not going to happen."

Some cracks began appearing in McConnell's strategy of completely shutting out the nominee. A handful of Republican senators including Susan Collins of Maine, Kelly Ayotte of New Hampshire, Jeff Flake of Arizona, Mark Kirk of Illinois and Rob Portman of Ohio said they would be willing to meet with Garland.

Judiciary Committee member Orrin Hatch, whose past support of Garland was cited by Obama, said the pick does not change his view "at this point" that no Obama nominee should be considered.

Senator Pat Toomey of Pennsylvania, who is in a tough re-election battle, said, "Should Merrick Garland be nominated again by the next president, I would be happy to carefully consider his nomination."

Garland is the oldest Supreme Court nominee since Republican Richard Nixon in 1971 nominated Lewis Powell, who was 64. Presidents tend to pick nominees younger than that so they can serve for decades and extend a president's legacy. Obama may reason that the choice of an older nominee might also entice Senate Republicans into considering his selection.

Garland would become the fourth Jewish member of the nine-member court. There are five Roman Catholics on the court. Obama considered but passed over Garland when he made two prior Supreme Court appointments.

With solid Republican support, the Senate voted in 1997 to confirm Garland to his present job in a bipartisan 76-23 vote after he was nominated by Democratic President Bill Clinton.

Garland is widely viewed as a moderate. He is a former prosecutor who served in the Justice Department under Clinton. He oversaw the prosecution in the 1995 Oklahoma City bombing case including securing the death penalty for the lead defendant, anti-government militant Timothy McVeigh.

In his current post, he is known for narrow, centrist opinions and rhetoric that is measured rather than inflammatory even when in dissent. 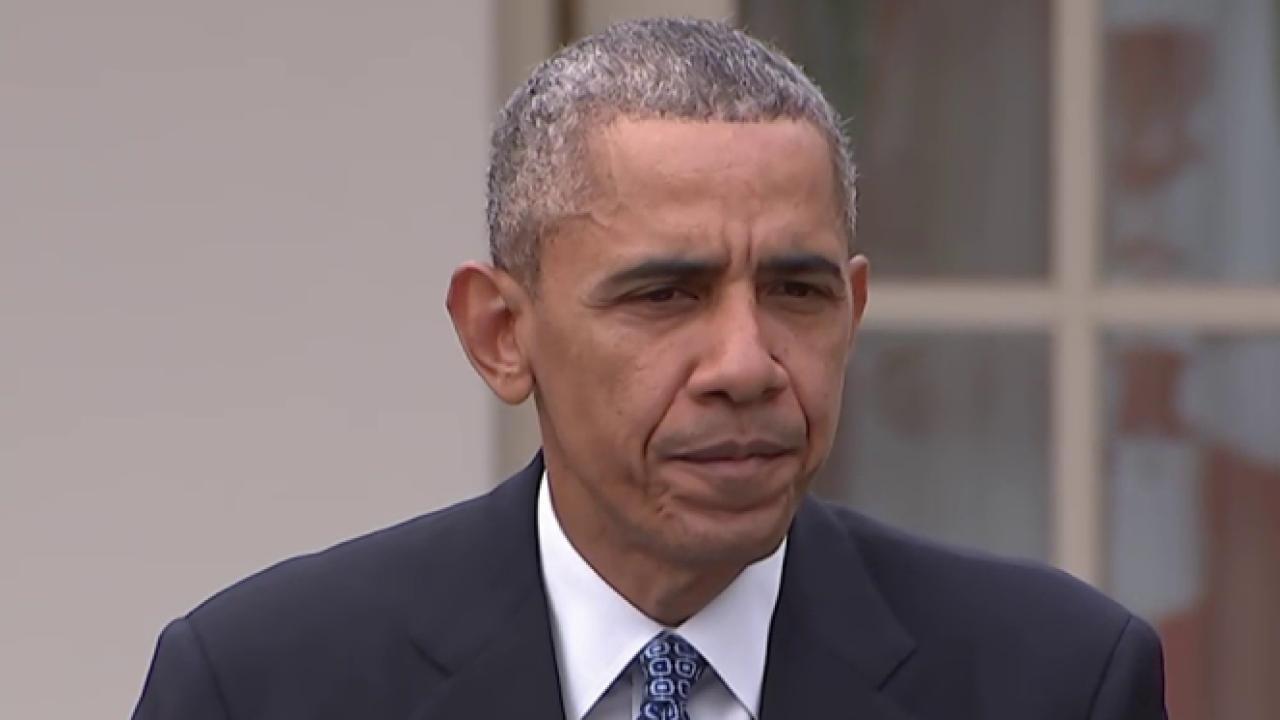 Standing in between Obama and Vice President Joe Biden during the Rose Garden ceremony, an emotional Garland referred to the Oklahoma City bombing case, saying, "Once again, I saw the importance of assuring victims and families that the justice system could work."

Obama, in office since 2009, has already named two justices to the Supreme Court: Sonia Sotomayor, who at 55 became the first Hispanic justice in 2009, and Elena Kagan, who was 50 when she became the fourth woman ever to serve on the court in 2010.

"If Merrick Garland can't get bipartisan support no one can," Democratic Senator Charles Schumer said.

Hillary Clinton called Garland "a brilliant legal mind," urging the Senate to move ahead with the confirmation process.

Trump said it was critical for Republicans to take back the White House to avoid Democrats shaping the Supreme Court for decades to come.