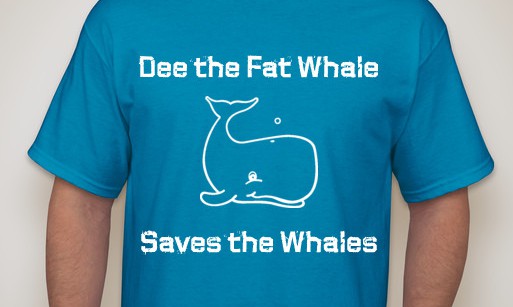 A young woman from Texas is battling cyberbullies by creating a t-shirt that raises money for a good cause.

Dannie McMillan - who goes by Dee - was called a "Fat Whale" on social media by a high school classmate of hers. The bully actually created an entire Twitter account dedicated to the joke.

Instead of letting it get to her, the brave teen turned her efforts toward saving actual whales. McMillan designed a t-shirt that reads, "DEE THE FAT WHALE SAVES THE WHALES."

According to her page on Booster.com, she's already sold more than 100 shirts at $20 a piece. She's raised over $1,700, more than doubling her original goal.

McMillan is even getting support from celebrities like plus-size model Laura Lee, who took to social media to encourage her followers to buy a shirt.

"So happy she took this negative act and turned it into something Amazing! Love not hate! Keep Shining Mama!" Lee wrote on Facebook.