Round of cold air to end spring warm up 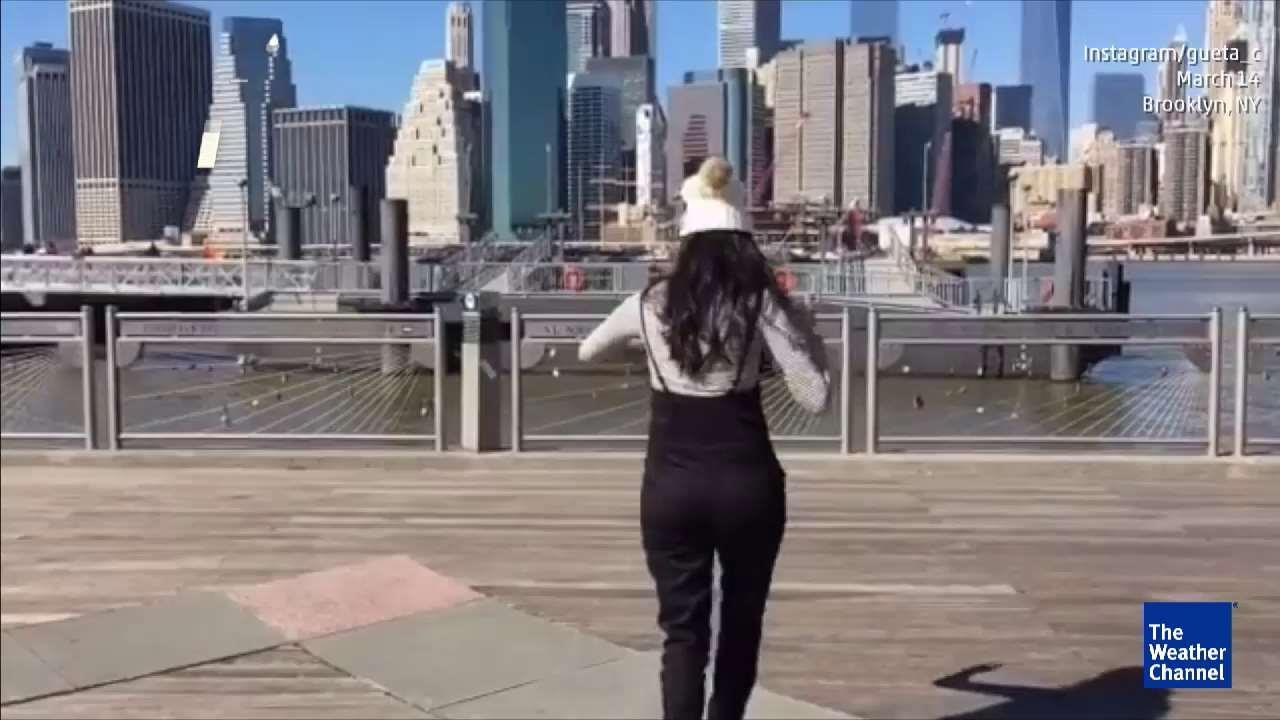 After unseasonably warm weather across much of the country to start March, a pattern change will bring a sharp cooldown in the week ahead. Yes, snow could even fall across parts of the northern states, a reminder that March is a changeable month, and that spring fever may be ready to take a break of its own.

The impressive warmth last week smashed dozens of record highs, including some record early 70s and 80s across the Midwest and Northeast. Temperatures more typical of May than March, sent many into a feverish spring frenzy.

This Week's Setup
A southward shift in the jet stream is forecast to bring cooler air back into the northern U.S. by the end of the week ahead.

A shift in the jet stream will allow cooler air to sink south from Canada and spread east as the week progresses, a sharp contrast from the pattern that has dominated the country as of late. Some locations could even see snow depending on the development and track of a couple of low pressure systems through this weekend.

Here is a breakdown of what to expect:

As the jet stream digs south, an area of low pressure will strengthen as it tracks northeast towards the Great Lakes.

Much cooler air will filter in behind that low across the Midwest, dropping temperatures back to mid-March averages in most locations by Wednesday or Thursday. This translates into highs in the 30s, 40s or 50s mid to late week.

While not uncommon for mid-March, it will be cold enough for some wet snow across portions of the northern Plains, Upper Midwest and Great Lakes from Wednesday into Thursday, accompanied by strong winds as a gyre of low pressure stalls temporarily near the Great Lakes.

On the southern periphery of that low, strong winds will blast from the Plains into the Great Lakes Wednesday. High wind watches have been issued from parts of Iowa and southeast Minnesota to southern Wisconsin and northern Illinois where gusts up to 60 mph are possible, including in Chicago and Milwaukee.

The forecast is a bit more complex for the northeastern U.S. in the week ahead. High pressure passing east of Maine is keeping much of New York and New England in the 30s, 40s and 50s to start the week.

While some warmer air will briefly nudge into the region by midweek bringing 60s as far north as New York City Wednesday and Thursday, a cooling trend is anticipated toward the end of this week. Since the cooler air mass will undergo modification as it crosses the Great Lakes, conditions in the Northeast may be cooler than recent days, but not necessarily colder than average.

If that wasn't enough, there's some potential for another snowmaker plunging into the High Plains late in the week. At this time, it remains uncertain how much snow may impact areas farther east from this system including the Midwest and Northeast late this week through the weekend. Check back for updates through the week ahead.

Warmth will prevail at least for the next several days in the South.

Temperatures remain 15 to 20 degrees above average into Tuesday or Wednesday, but by later in the week, a cold front drops south and east across the region, causing temperatures to quickly tumble.

After starting the week in the 80s, Memphis and Little Rock may only see highs in the 50s this Saturday.

Even though the sharp drop in temperature may feel like a shock, the cooler temperatures will only be near or slightly below average for this time of year.