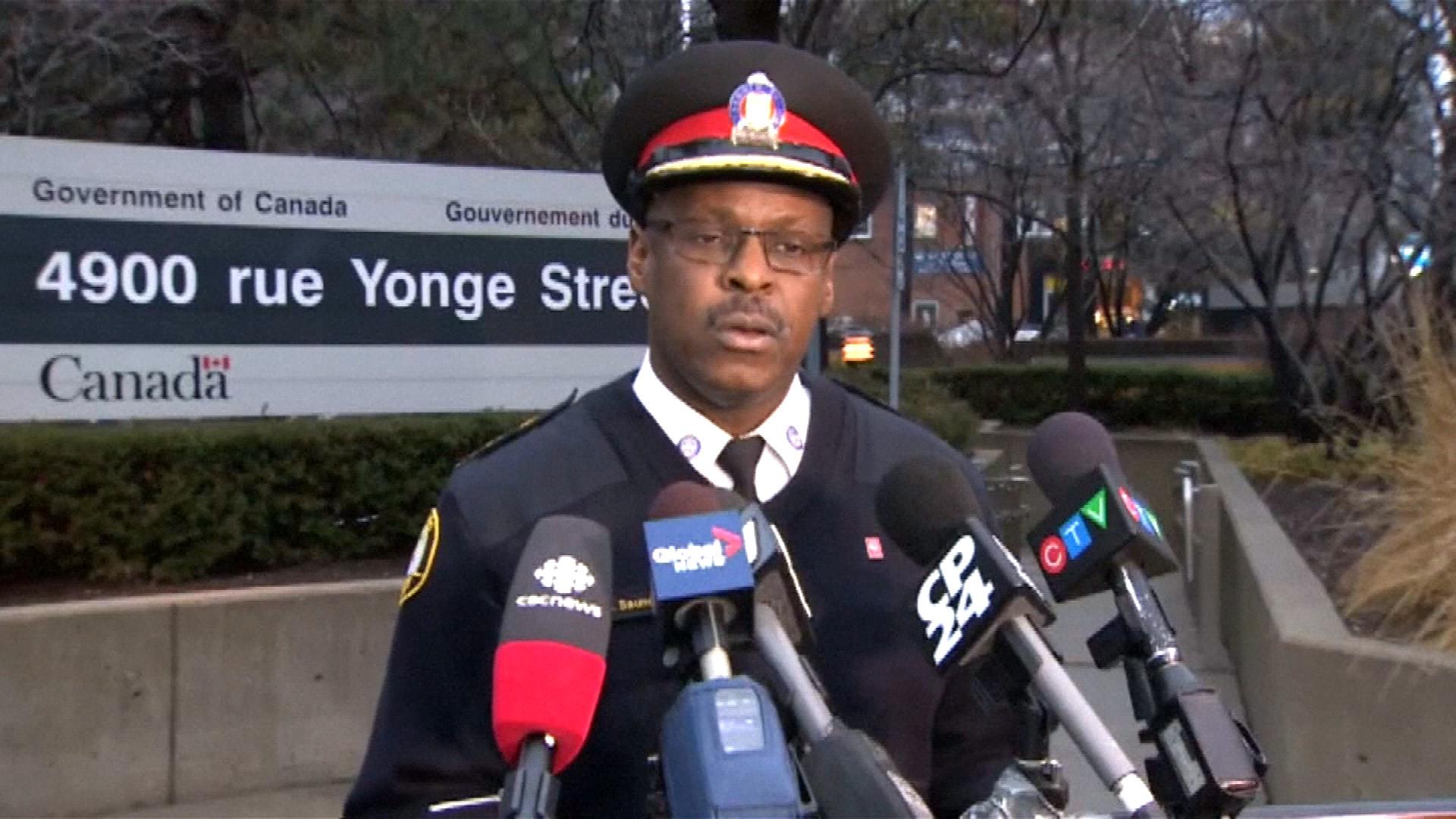 TORONTO/OTTAWA (Reuters) - A 27-year-old man accused of stabbing two soldiers in a Canadian military recruitment office in Toronto on Monday said he had received orders from Allah to kill people, but there is so far no indication he was working with others, police said.

Saunders said there was no immediate evidence that the suspect had been working with another group. Neither soldier was badly injured in Monday's attack.

Security officials have been on alert for lone attacks since October 2014, when a gunman attacked Canada's Parliament after shooting dead a soldier at a nearby war memorial. The attack by the Muslim convert came two days after another Canadian convert to Islam ran down two soldiers in Quebec, killing one.