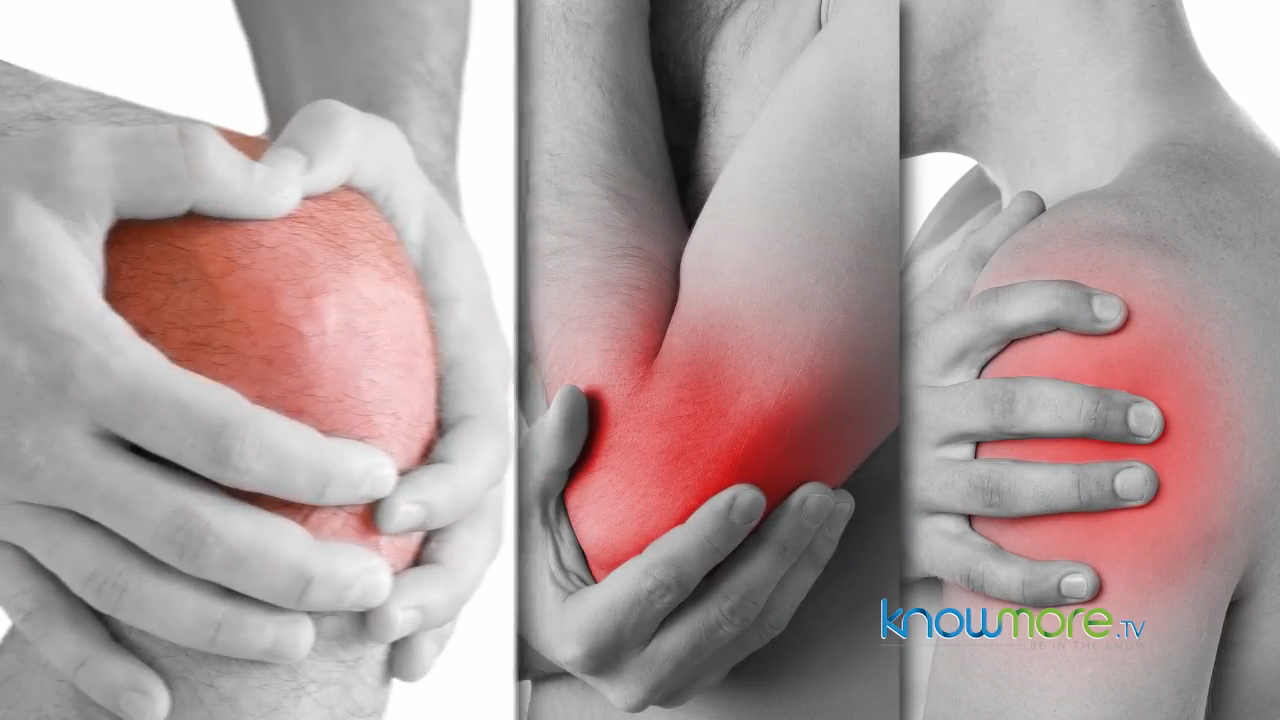 Dr. Jon Lieff has spent decades exploring the mind and how it functions in both humans and nature. The Boston neuropsychiatrist has experience dealing with patients of several types of brain injury, including the ones that occur regularly on football fields, and across all sports.

Also a sports fan, Dr. Lieff spoke with AOL Sports to give an in-depth breakdown of brain injuries in athletes, and what can be done to make sports a safer endeavor for both adults and minors.

For more information, Dr. Lieff's blog can be found here. You can read our chat with him below.

Tell us a little about your medical background, and what first interested you in head injuries in athletes in particular?

I've been studying brain injuries since -- I hate to tell you how long -- since 1974. I've run programs that are inpatient, for severe brain injuries. I've run many such programs consistently since that time, and I still run two large programs of about 100 each. I've observed brain injury for many, many years -- long before it was well-known. I used to think that eventually there's so many of them -- there's actually 2 to 4 million concussions in the U.S. each year.

So I've been treating patients for this entire time, and it became apparent to me a long time ago that certain sports are very dangerous to young people's brains. I used to talk about how heading balls in soccer is very ill-advised for young people -- probably ill-advised for professionals, but that's a decision they can make. But certainly for you people, who have to have guidance from their parents, it's very ill-advised. And then, of course, football and boxing cause a lot of brain injuries.

I also specialize in neuropsychology of the elderly. My personal interests have always been "what is mind?" My website is addressing current science, with the notion of my thesis, which is that mind exists throughout nature in different ways -- most prominently in humans, but certainly in animals and plants and cells. So I write about that on my website. But my professional work -- my day job -- is brain injuries and other neurological diseases of the brain.

You mentioned soccer, and heading the ball. The potential dangers of that have only become a topic of discussion over recent years. How dangerous is that particular action?

It seems that rotational forces might be the most important thing. I say "might" because everything in this field is "maybe" and "possibly." There are no absolutes here. But rotational injuries seem to be the worst, and heading would cause a rotational injury. So, you'd hit the ball and you'd break some wires, some axons. No one knows how dangerous they are, but there's no question that younger brains are much more susceptible to damage -- they're actively growing. So concussions are far worse in young people. A professional athletes at 25, hopefully, should be presented with the dangers, and after being shown what damage he can cause to his brain, he can make a decision. Should we be allowing children, who are under our care, to damage their brains when they don't know any better? While they're being encouraged to by their parents and schools?

There's a group of neurologists that have recently found that it would be unethical for a school to encourage an activity that can damage a minor's brain. They say that football and soccer should be extracurricular activities -- voluntary activities outside of school systems -- because there's tremendous pressure to participate in these sports for the honor of the school. 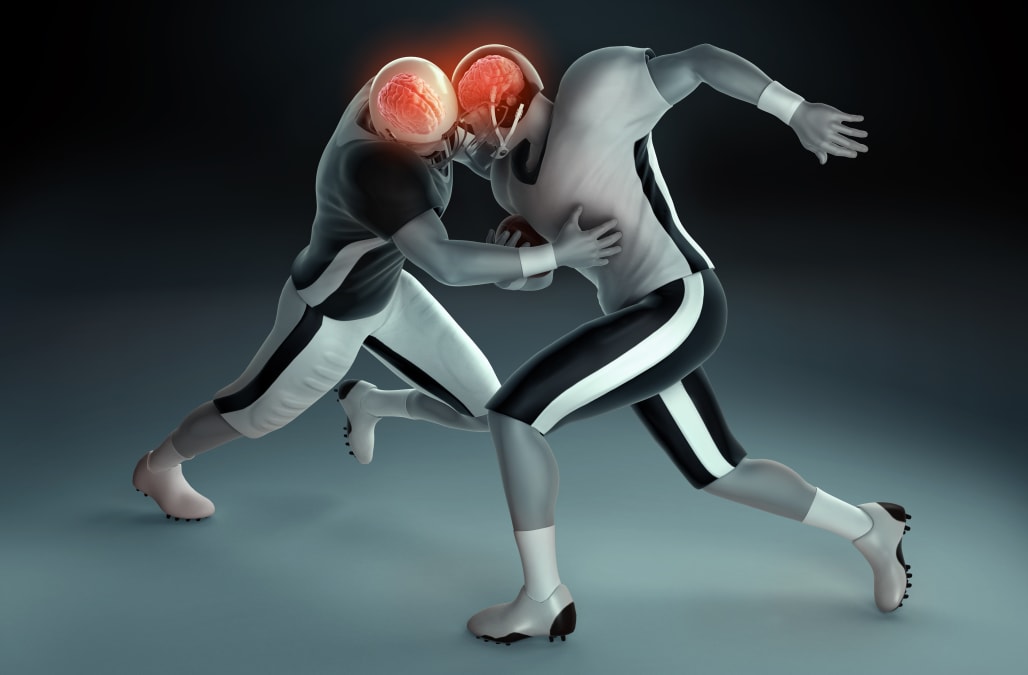 What's actually happening to the brain after coming into contact with rotational forces?

The rotational force breaks axons. It breaks wires that you can't measure without the diffusion tensor gadget. It's not like you just sit there for 20 minutes and take an MRI. These kind of studies involve days. Deep analysis of each region of the brain. It's really unknown. I'm just assuming, based on what I know after 40 years, that it's a risky behavior for a teenager. I think heading in professional soccer is much worse, but they are adults, and they can make that decision, if they want to be part of a dangerous situation. But a child should not be exposed to it, as far as I'm concerned.

Or, they could wear helmet -- but it's not clear that helmets would do much of anything. A recent study of football suggests that helmets make no difference at all. In all the different kinds of helmets, there was no difference really, in terms of concussion. All the helmets that are currently being touted as "better" for the brain -- there's actually no evidence that that's true.

I hate to be a bummer, because I love football -- I enjoy watching football. But I find it harder and harder to watch, frankly. Like in the Super Bowl, when Aqib Talib pulled the facemask of one of the Panthers players and jerked his head around. That just scares the hell out of me, seeing that kind of stuff. 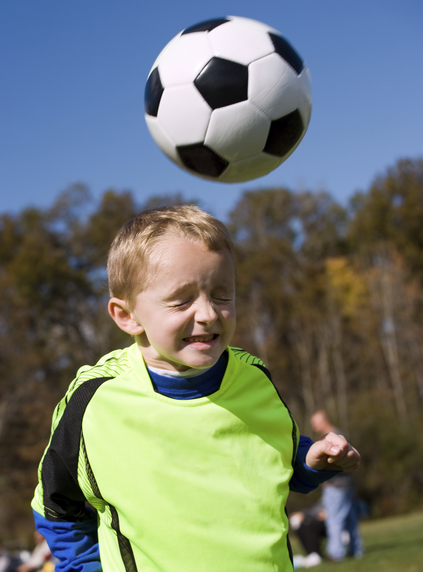 How much do we know for sure about what happens to the brain during a concussion?

The truth of the matter is, because every injury is different, there's been no way to study it. The imaging devices aren't accurate enough. For example: An MRI cannot see if you disrupt a bunch of actions, or a wire in the brain. It's too small. When you look at the pixel of an MRI, that represents 70,000 neurons, and the blood vessels near there. So you really can't see anything small. There's a new device called a diffusion tensor MRI, but the problem with that is it shows exons and damage, but it's very complicated, expensive and only for research. There's also a lot of artifacts. So you get all these little white things showing up that you don't know what they mean, so it's very hard to interpret.

Now, there are certain kinds of brain injuries that are somewhat similar and therefore they could be studied -- and that's only recently. So if one of them is, say, a whiplash injury in a car. Your head moves forward and backward. There's a groove, a bone, in the frontal area that digs into the brain and causes a frontal injury -- which causes forgetfulness, impulsiveness, some cognitive problems . Say the other injury is caused by an IED shockwave. The waves come in through the eyes and the ears, and come into the brain tissue, creating little microcavities that sort of pop. Then they break tissue and nerves. But, again, it's too small to see. Although there are many of these shockwave injuries, double-blind studies are beginning to be done. The old problem with injuries is that they're all different and you're comparing apples and oranges.

As far as you can see, what can we do to better protect athletes and their brains?

Well, there really isn't anything other than not getting hit. There's nothing that is gonna stop an axon from breaking if you take a brain and slam it into something. It's not designed for that. They just have to hit their heads less -- I don't know how to say that. To me, the ethical answer is that there's a difference between an adult who can look at the data and make a decision -- like the NFL players who are seeing it and are quitting -- and high school players who are minors, who are being encouraged by the school, by the families. They're being encouraged to put themselves in a dangerous situation. I don't think that's reasonable. Playing Pop Warner, and making an educated family decision, that's one thing. But to say you're doing this damage to your brain in high school, for the good of the school, seems to me to be unethical. I don't see any way around that.

Well, the gladiators existed. No matter how dangerous it is, Americans seem to love it. It's just the kind of game where you get these spectacular moments. You look at the ending to the playoff game between the Green bay Packers and Arizona Cardinals. Where do you see that? You can't find that anywhere else. The skill involved in that is so far out, that I don't see it going away. Just like boxing is still here. Everyone knows that if you have someone punch you in the head hundreds of times, your brain is not going to be the same. The same is true in football. There's no question about it. There are no more studies that need to be done. The data is in. These guys are exposing themselves to damage in the brain. Now, how many of them are gonna have CTE and end up committing suicide? It's not all of them, clearly. People have different susceptibilities. But it sure seems like it's an increasing number. The players are getting stronger and faster. These linebackers today are unbelievable. You get hit by one of them, you and I wouldn't walk again. You're dealing with a lot of force in an extremely fast and powerful athlete.

But there is a difference between the NFL and high school kids. High school kids need their brain to grow and move ahead to college. And to say you're damaging your brain for the honor of a high school is absurd. But I still think kids will still play Pop Warner -- the good ones -- and they will still be feeding the NFL. I'm not responsible for maintaining the NFL, but I just can't see it going away any time soon.

More from AOL Sports:
Kanye West accepts Steve Ballmer's invitation to discuss the Clippers mascot
Somebody leaked the NCAA Tournament bracket early and it impacted when some teams learned of their fate
Dak Prescott issues statement on DUI arrest: I'll show the true man I am