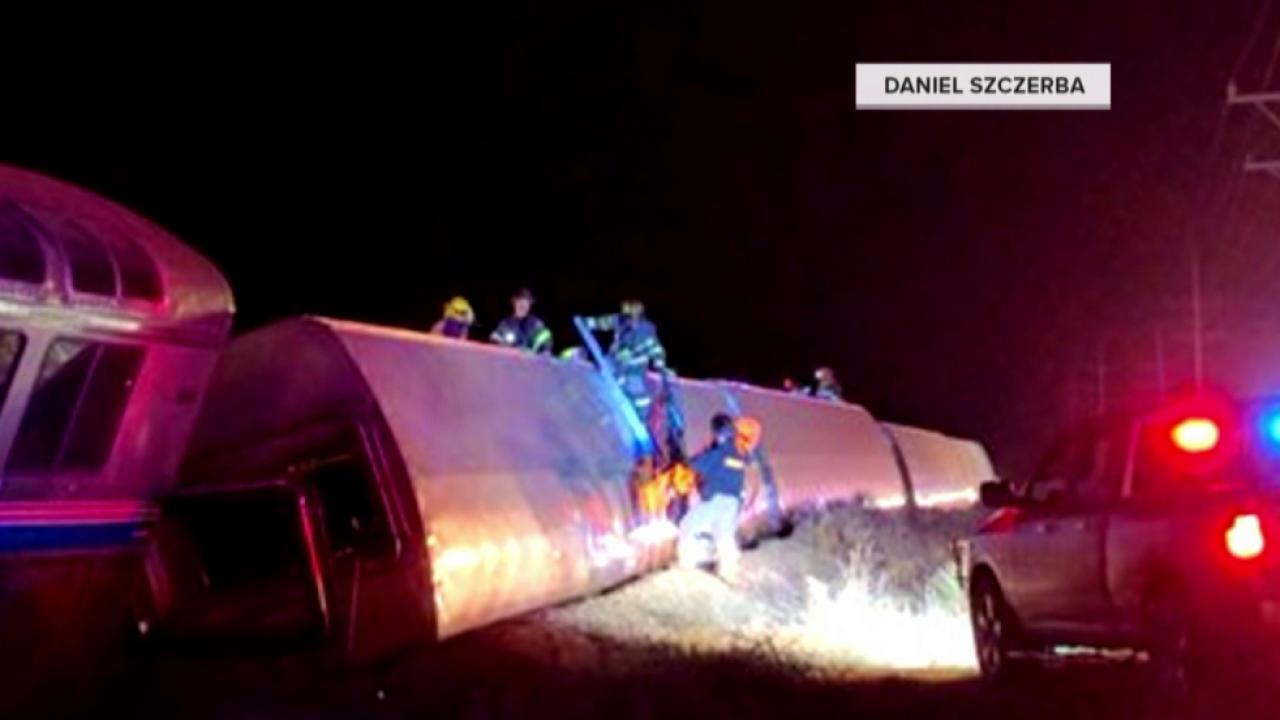 (Reuters) -- An Amtrak passenger train derailed in rural southwestern Kansas early on Monday injuring 32 people, possibly because of a bend in a rail ahead on an otherwise straight track.

Seven coaches from Amtrak's' Southwest Chief Train 4, bound from Los Angeles to Chicago, derailed about 125 miles (200 km) west of Wichita shortly after midnight, Amtrak said in a statement. There were 131 passengers and 14 crew aboard.

Thirty-two passengers were taken to hospitals in Dodge City and Garden City, and 29 had been released by midmorning, Amtrak said.

Passengers said they heard a loud cracking noise just before the accident, reported KWCH, the CBS television affiliate in Wichita.

"The train just lifted up off the ground and it set back down on the track and it does it again. It lifts back up and it slams me into the door" of a toilet, an unidentified male passenger told the station.