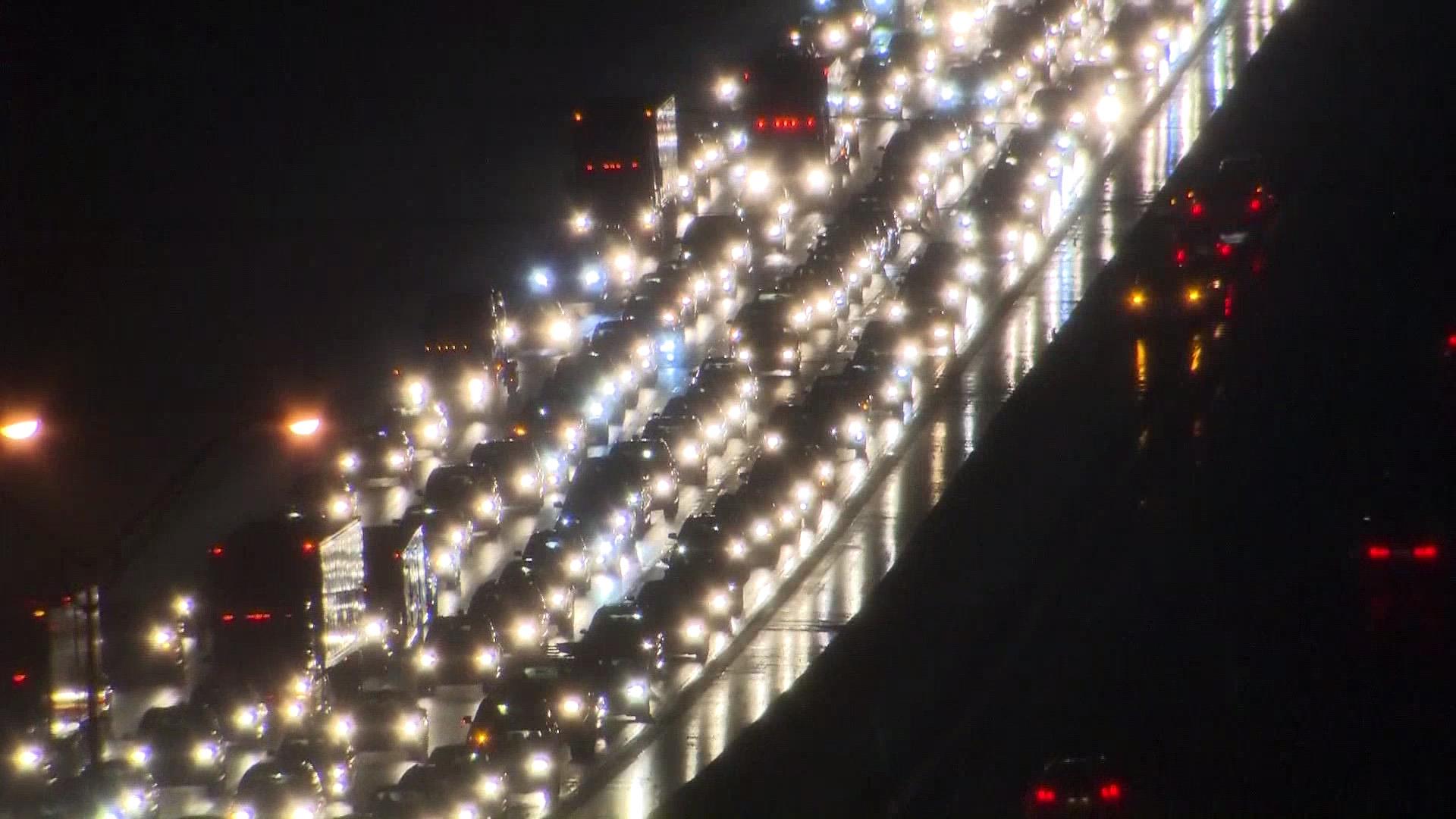 Blinding sun, rain and rubbernecking were blamed for a chain of accidents involving almost 100 vehicles along a stretch of interstate in North Carolina on Sunday evening, injuring at least 20 people and delaying travel late into the night.

Incredibly, none of the injuries was reported to be serious in the series of wrecks, which the state Transportation Department tabulated at nine, involving 94 vehicles, along a six-mile stretch of freeway where westbound Interstate 40 and southbound Interstate 85 are combined in Alamance County, east of Burlington.

Reports of the pileups began about 6 p.m. ET, NBC station WXII of Greensboro reported. The Times News of Burlington quoted county emergency officials as saying the pileup began when a wreck launched a Jeep onto another car near the westbound 150 exit.

The interstate remained closed at mile markers 148 and 150 almost five hours later, with heavy congestion continuing to cause delays estimated at an hour in some spots.

Mary Holmes, who was involved in one of the accidents, told WRAL that she saw at least 30 vehicles "piled up" around her. She said drivers simply couldn't avoid hitting one another.

"Never. Never in my life" had she experienced anything else like it, she said.