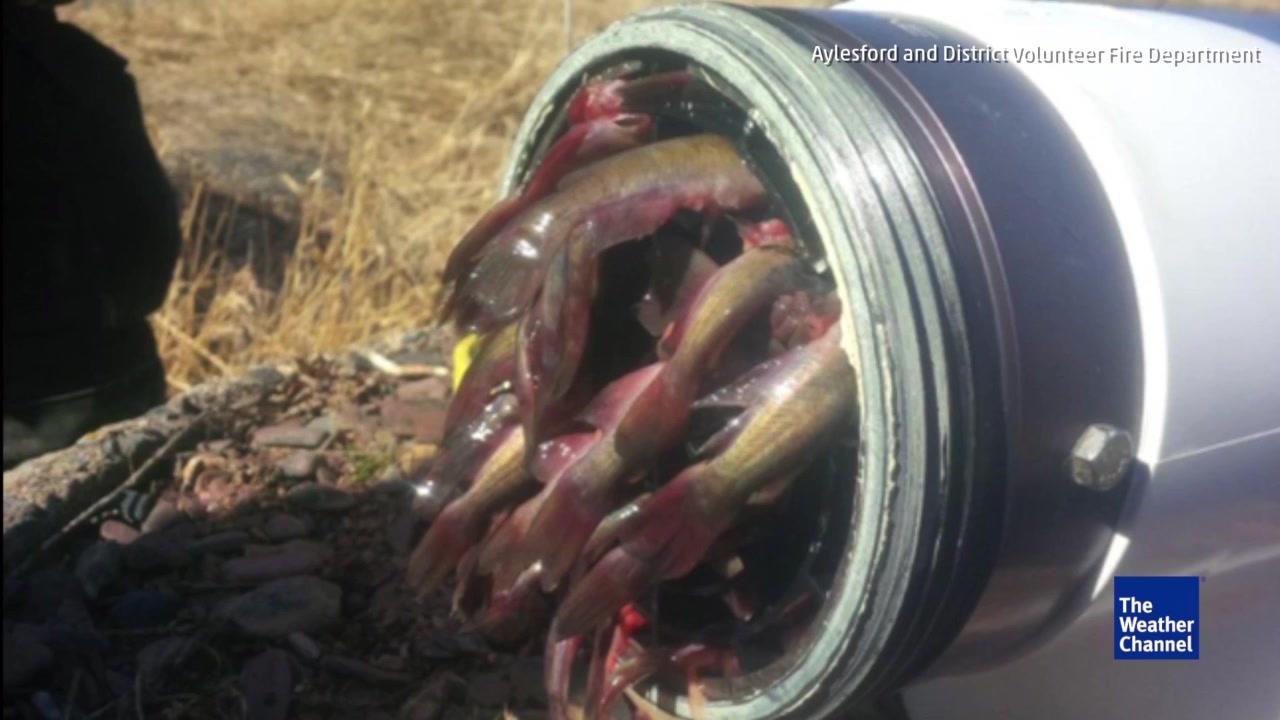 "We had a hard time getting any suction from the dry hydrant," Shawn Carey, the fire department's chief, told CBC. "We took it apart because we thought we might have had a gasket gone in one of our lines."

Finding fish stuck inside the strainer was a first for all of them, Carey said.

"Somehow they got by the [strainer] on the bottom, which is the exact same size as the one on the top," Carey told HuffPost Canada.

The dry hydrant had been connected to a local pond. About a dozen fish were stuck in the strainer, totally blocking off the flow of water.

The firefighters were able to reverse the flow of water and successfully quenched the grass fire. The surviving fish were returned to the pond.

"We're definitely wowed by what happened and the next fine day we're going to go up there and take a look to see if we can prevent it from happening again," Carey told CBC.

Apparently, this isn't the first time an animal has gotten stuck in a fire hydrant. Kentville Fire Department Lt. Blake Orman told Nova News Now that a similar incident happened when firefighters connected to a hydrant at Silver Lake and found that it had been clogged with salamanders.

In Nova Scotia, grass burning is considered a springtime tradition. The Nova Scotia Department of Natural Resources warns against intentionally setting grass aflame, asserting that it does not improve the appearance of the grass nor does it prevent weeds from growing – two major reasons why residents partake in grass burning.