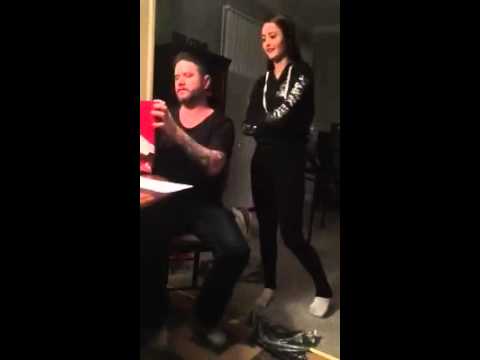 A young woman in Illinois has managed to bring the Internet to tears with the touching surprise she gave her stepdad.

Misty Nicole Knight wanted to show her dad, Ryan Farell, how much she loves and appreciates him even though he isn't her biological father. And the best way she could think to do it was by making their relationship official.

Knight decided to ask Farell to formally adopt her by giving him a shiny red box filled with gag gifts.

But once Farell started opening the present, Knight couldn't hold in her anticipation and instructed him to reach for the real surprise at the bottom of the box.

The moment Knight read the adoption papers he burst into tears and embraced his daughter in a massive bear hug.

Footage from the heartwarming moment has been viewed almost 40 million times on Facebook. And it's safe to assume that several million of those viewers ended up tearing up just like Farell!

Watch the full video below:

See images of Knight with her family: