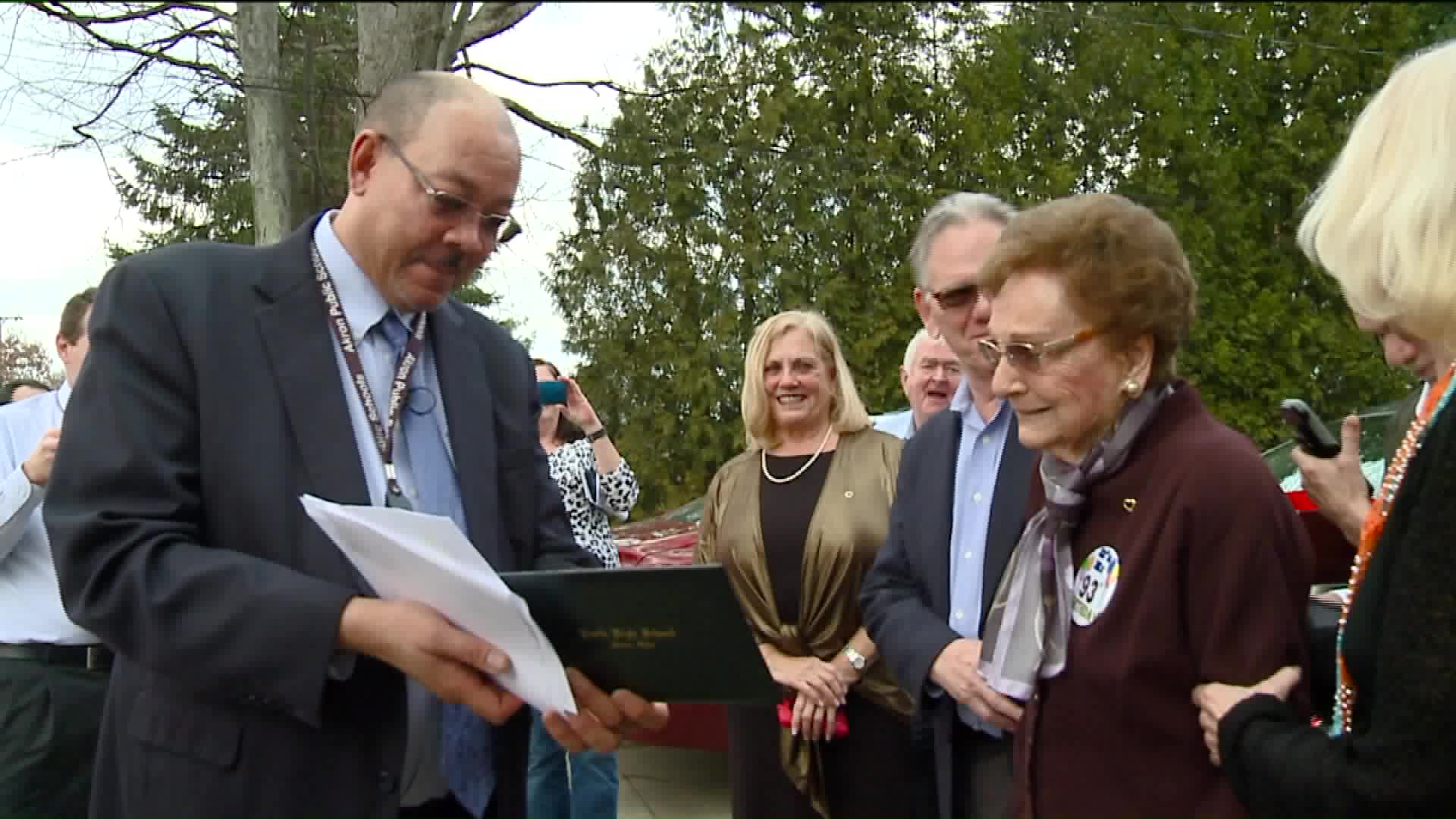 FAIRLAWN (WJW) -- A Fairlawn woman gets a special gift for her 93rd birthday --- something she wished she had gotten nearly 75 years ago.

Dorothy had secretly gotten married during her senior year at North High School. A few months later, she got pregnant. When the school found out, she was expelled and was not allowed to graduate.

In 93 years, she's had a great life with her military husband and five children.

But, she always regretted not getting her diploma. "What does it mean to me? It is wonderful to have it. Even though I am 93 years old, I still like it, " Dorothy said.

She added that the diploma is the best gift she has ever gotten. "This is the most wonderful gift I have ever had, really. It is and it's wonderful," she said.

Dorothy said she has no plans for college.

But you can bet there's a big celebration both for her 93rd birthday and her graduation.

More news:
What the author of 'Eat Fat, Get Thin' eats -- and avoids -- every day
Best image yet of aging star's disc captured
Trump: Republicans opposed to my campaign are 'taking advantage' of US