The bulk of the American diet is 'ultra-processed' food 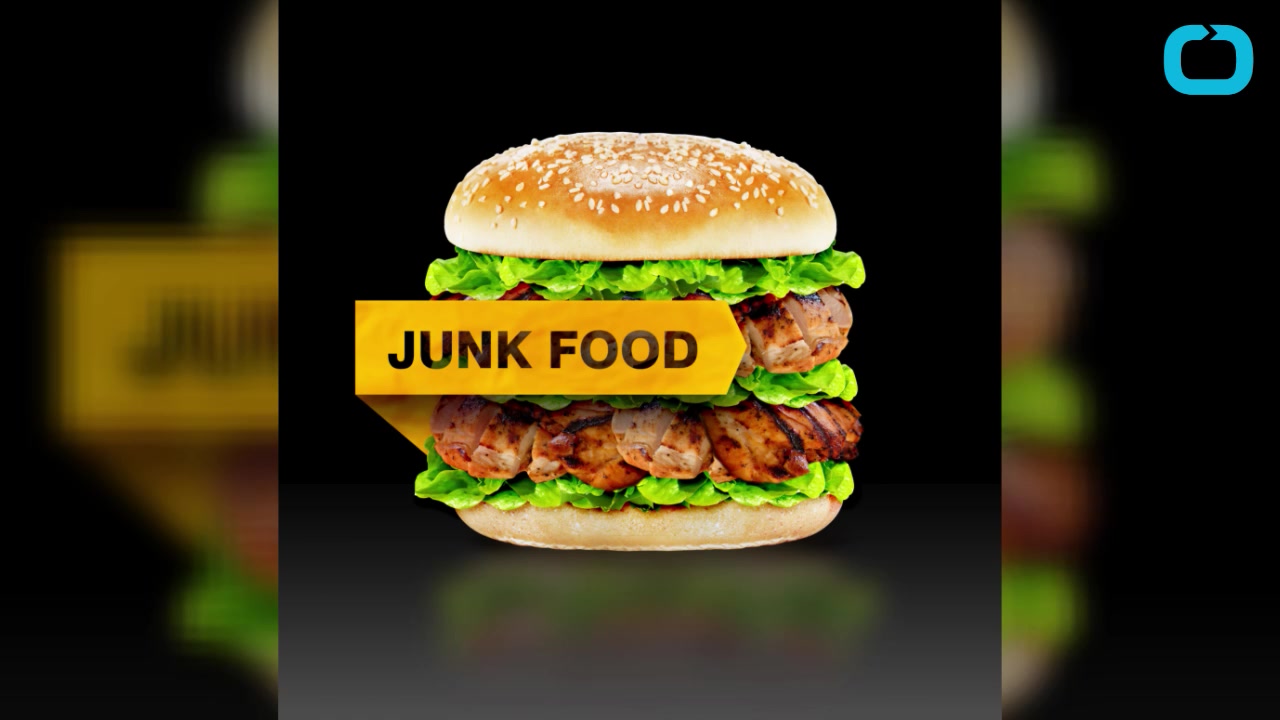 Despite the current fixation on "natural" foods, people are still mostly turning to the freezer aisles for their dinners. According to a new study published in the BMJ Open journal, Americans get more than half of their calories from so-called "ultra-processed" foods, a broad category that includes instant soups, breakfast cereals, sodas, and the frozen meals you probably grew up eating.

In contrast to regular old processed foods, which includes everything that is not fresh (so bread, frozen vegetables, delicious cheeses, and so on), ultra-processed items are defined by the researchers as being made with food substances that are atypical in culinary preparations including "flavors, colors, sweeteners, emulsifiers, and other additives" that are used to compensate for undesirable qualities or to "imitate sensorial qualities of unprocessed or minimally processed foods."

RELATED: Click through to see the foods nutritionists won't eat

The bulk of the American diet is 'ultra-processed' food

"I cut out diet soda from my life about five years ago. I came to the conclusion that I didn't need a dose of artificial ingredients on a daily basis, and I would be much better off drinking water and plant-based beverages, such as home-brewed iced tea, hot tea (herbal and regular), and coffee during the day. I don't believe there's enough science today to indicate that the diet beverages are harmful, but I also don't think there is any true benefit to including them. About a year ago I tried a diet soda on a plane — after not tasting one for several years — and I found that it tasted absolutely awful. So, I guess I haven't been missing much!" — Sharon Palmer, RDN, author of Plant-Powered for Life

"You'll never catch me eating a carnival corn dog -- so creepy. I know wayyy too much about what's lurking inside of fatty, processed hot dog meat: corn syrup, nitrates, fillers, fat and more fat. In fact, there's very little protein. Place it on a wooden stick, cover it in refined cornmeal batter and fry it up in a vat of oil? No thanks!" -- Joy Bauer, M.S., R.D., founder of Nourish Snacks and nutrition/health expert for NBC's Today Show

"I'm not saying I would starve to death before eating one, but they are definitely a food I avoid even when there are very [few] choices available. Here is why: They are basically a big bowl of sugar! The refined-carb product contains no nutrients that are beneficial for health or provide satiety. And they are easily overeaten for this reason -- they have no fiber, protein or healthy fat. I always imagine a bag of pretzels as the same thing as a big bag of jelly beans. Those sugar calories affect your hormones and cause you to gain. And for what? A boring pretzel? No, thanks." -- Keri Glassman, RDN, CDN, of Nutritious Life

"The one food I would never eat is fat-free whipped topping. I find it tastes like the artificial ingredients it is made of, and I don't care for it. If I want a creamy dessert topping, I use a small dollop of fresh whipped cream -- a little goes a long way to make a dessert special -- and you cannot beat its taste. Or, to lighten that up naturally and deliciously, I will fold in some plain Greek yogurt, for a topping that is wonderful with any fruit-based dessert." -- Ellie Kreiger, RDN, nutritionist, TV Personality and award-winning cookbook author

"I am an avid coffee drinker who enjoys a morning and afternoon java run, but the assorted-flavor, sugar-loaded, blended coffee drinks are definitely something that I stay away from. These blends can go up to 81 grams of sugar!!! That amount of sugar is the equivalent of drinking two cans of soda, roughly 20 teaspoons of pure sugar, which can spike your insulin and build fat around your waistline. Aside from the sugar content, these drinks can have up to 510 calories, which can be a whole meal for some people." -- Manuel Villacorta, M.S., R.D., author of Whole Body Reboot: The Peruvian Superfoods Diet

"I make a conscious effort to purchase and consume sustainable seafood, for both environmental and personal health. Imported shrimp are often unsustainably farmed and laden with chemicals and antibiotics. Sticking to this can certainly be a challenge, since 94 percent of the shrimp we consume in the U.S. is imported!" -- Kristy Del Coro, M.S., R.D., CDN, senior culinary nutritionist at SPE Certified

"The nacho cheese at any concession stand, like a football game, ballpark, or fair. The nacho cheese is just a sauce that usually doesn't use real cheese, and it grosses me out, as it always looks the exact same and I know it is fake and cheaply made." -- Mitzi Dulan, Author of The Pinterest Diet and Team Nutritionist for the Kansas City Royals

"Lots of people are jumping on the cricket bandwagon, but you won't be catching me eating cricket products. I know that they are an amazing protein source that's great for the planet, but I just can't bring myself to eat them. I think I could choke them down if I was in the wild with Bear Grylls, but as a post-workout snack, I just can't go there." --  Frances Largeman-Roth, RDN, nutrition expert and author of Eating in Color

"I won't eat raw oysters on the half shell. ... I don't trust them to be safe. Plus, they are slimy and I don't get to chew them, just swallow them. That's no fun." -- Nancy Clark, M.S., R.D., Boston-area sports nutritionist and author of Nancy Clark's Sports Nutrition Guidebook

"The serving size for one toaster pastry, with most flavors, averages about 200 calories and 15 to 20 grams of sugar. But most people eat two pastries (which come in a typical package), doubling the calories and sugar. These toaster pastries also have little fiber and protein, two nutrients that should be included in a healthy breakfast." -- Jim White, R.D., CPT, Owner of Jim White Fitness and Nutrition Studios

"Although I admit that I enjoy the aroma and sounds of sizzling bacon, and I find it amazing that our country has such a fascination with this breakfast meat, I'm still happy, however, to take a pass on consuming it. Sixty-eight percent of bacon's calories come from fat, half of which is the saturated type. Each strip of bacon contains almost 200 milligrams of sodium, and most people don't stop at one strip. But hey -- even though everyone should have a splurge now and then, it's not just the nutrient quality that bugs me about bacon. Bacon comes from the long layers of fat from the pig's belly, running parallel to the rind. Not a pretty picture ... and not on my plate." -- Bonnie Taub-Dix, RDN, owner of BetterThanDieting.com