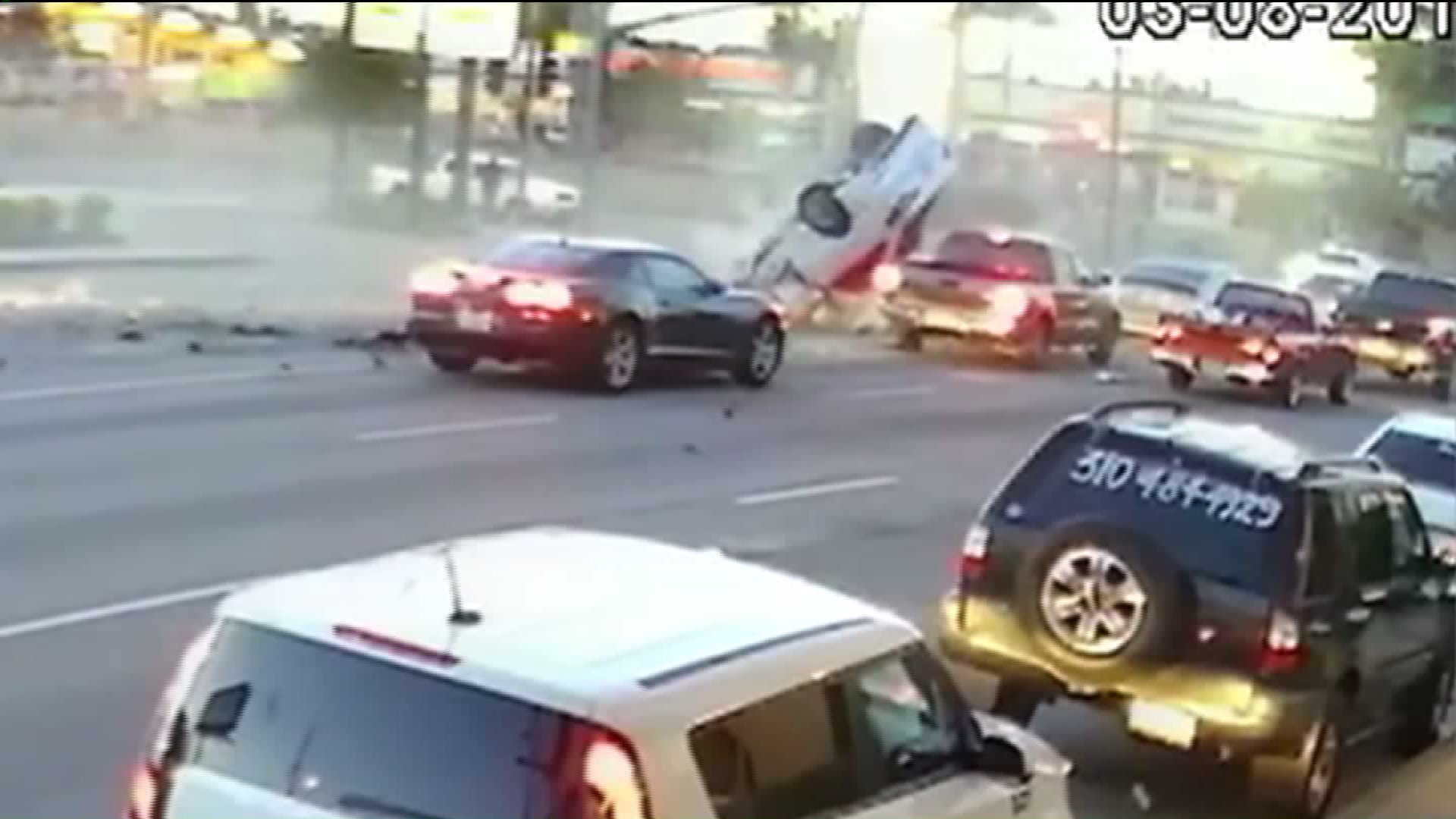 The crash occurred just after 6 a.m. at the intersection of Vanowen Street and Sepulveda Boulevard, according to Erik Scott of the Los Angeles Fire Department.

The crash was recorded by a surveillance camera outside MJM Network Computer Repair.

The video appears to show white car traveling at a high rate of speed running a red light and slamming into an SUV waiting at the intersection.

"The SUV ... he wasn't doing nothing wrong," said Steven Mariscal of MJM Network​. "Just sitting there waiting to do his turn at the red light, and this car comes and hits him. There's no way he could have avoided that."

A total of five vehicles were involved in the crash.

At least six people were taken to local hospitals with moderate to severe injuries, Scott said.

The investigation into the crash was ongoing.

More news:
What the author of 'Eat Fat, Get Thin' eats -- and avoids -- every day
Best image yet of aging star's disc captured
Trump: Republicans opposed to my campaign are 'taking advantage' of US