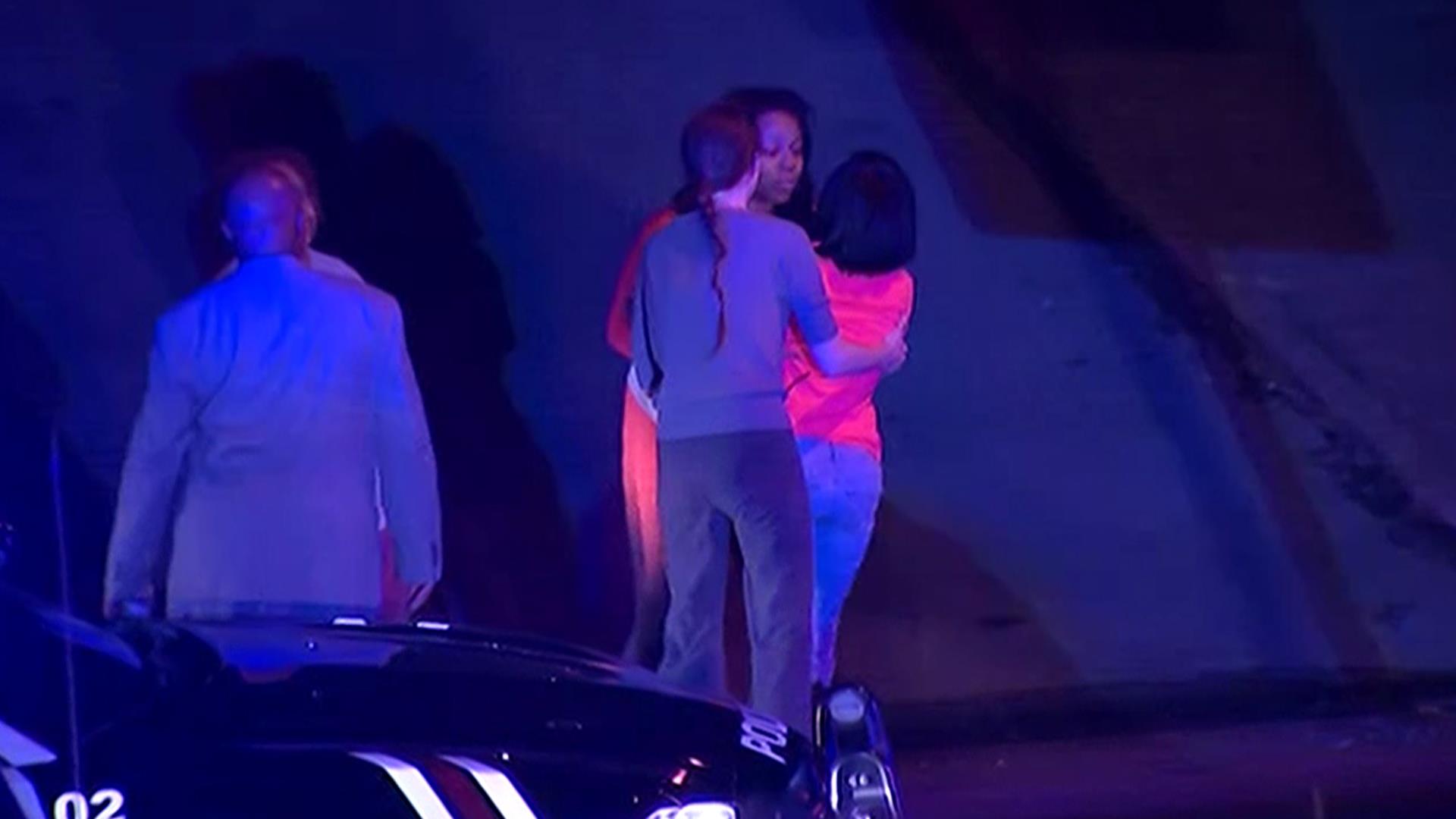 (Reuters) -- Police were looking for two shooters and a motive on Thursday after a backyard party ambush near Pittsburgh killed at least five people and injured three others.

Four women and one man were shot and killed, with three more people wounded in the attack late on Wednesday, in a residential neighborhood in Wilkinsburg, about 8 miles (13 km) east of the city, the Allegheny County Police Department said.

A 41-year-old woman who was wounded in the shooting was treated and released from a local hospital, according to a hospital spokesman.

Two suspects fired from an alley onto a backyard party at a home, the police department said in a statement, then one of the shooters on the side or adjacent backyard fired at the back porch as partygoers tried to run into the home. The suspects then fled.

Four died at the scene on the back porch, while another woman died at a hospital, the police statement said. Two males were initially reported in critical condition and a woman in stable condition at local hospitals.

The shooting in Wilkinsburg, a borough of about 15,000 chiefly lower- and middle-income residents, is the latest in a series of mass shootings that have made gun control a matter of heated debate in the United States.

Dozens of shell casings littered the pavement of an alleyway near the site, where police were gathering evidence and talking to witnesses, according to media reports.​