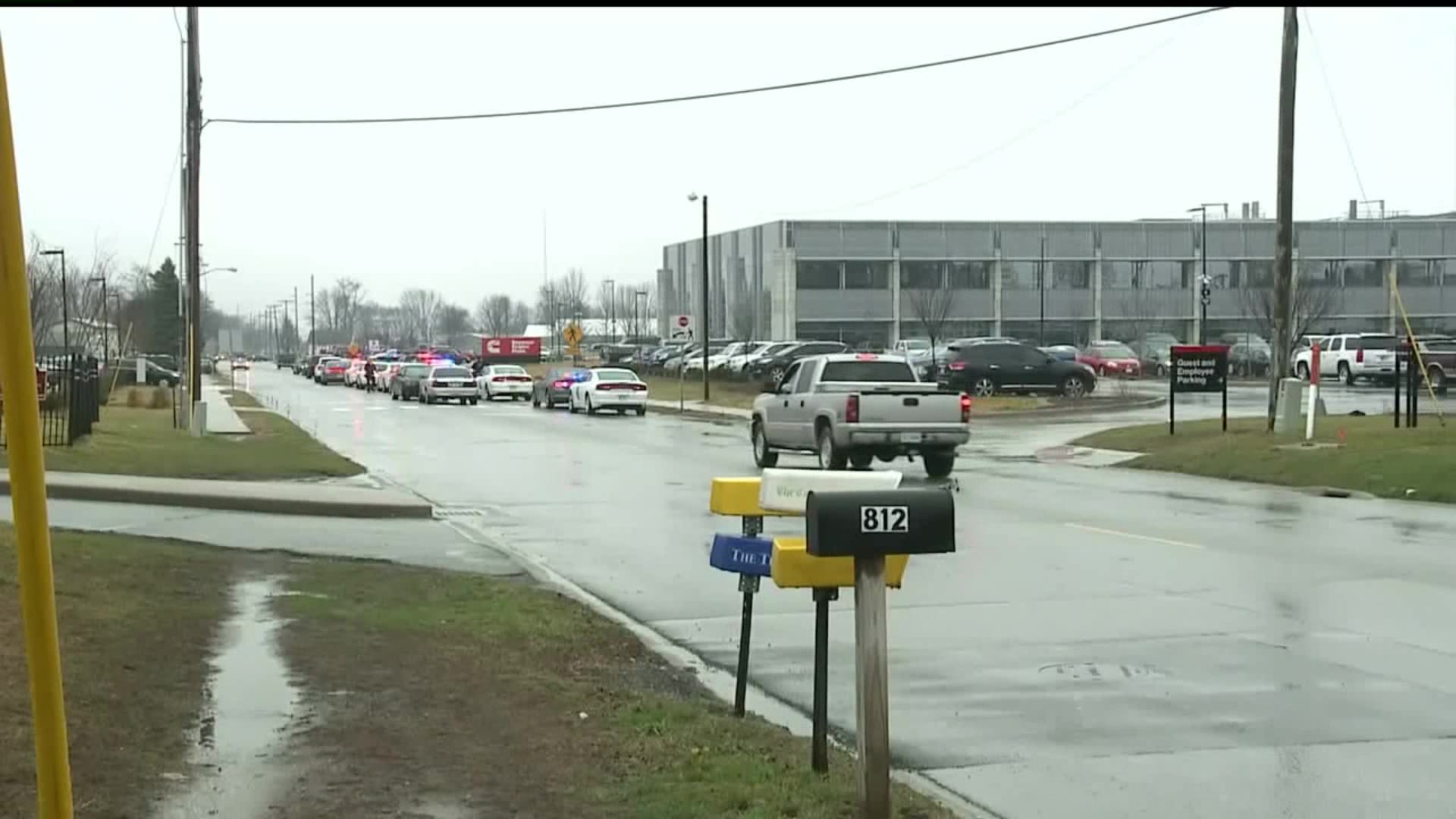 SEYMOUR, Ind. (WXIN) -- Two employees died after a shooting at a Cummins plant in Seymour, police confirmed Thursday. The shooting involved an employee and a manager.

According to Indiana State Police, the shooting happened at Seymour Cummins Engine Plant located at 800 E. Third Street. Two men were killed at the Technical Center, Seymour police said during an update Thursday morning. Cummins said both men killed in the shooting were employees.

The incident, which was being investigated as a murder-suicide, was reported around 8:40 a.m. Thursday as an active shooter. The building was evacuated as a result; several area schools and businesses were placed on lockdown as a precaution.

Multiple ambulances and police cars were called to the plant. Authorities said the scene was secure by 9:30 a.m., although a secondary search involving law enforcement was also conducted.

Seymour police said the investigation remained active and planned additional updates throughout the day. The plant will remain closed until Monday.

With sadness, we confirm there was a shooting at the Cummins Seymour Technical Center this morning. Authorities confirm there are two fatalities, both Cummins employees, and the all-clear for the facility has been given. We are working to support employees and their families at this time. We will provide further information as soon as it's available.

"Our hearts go out to the family of the victim of this senseless act of violence at the Cummins plant in Seymour earlier today. We commend local law enforcement for their swift response to this incident and will provide any and all support from Indiana State Police in the investigation."