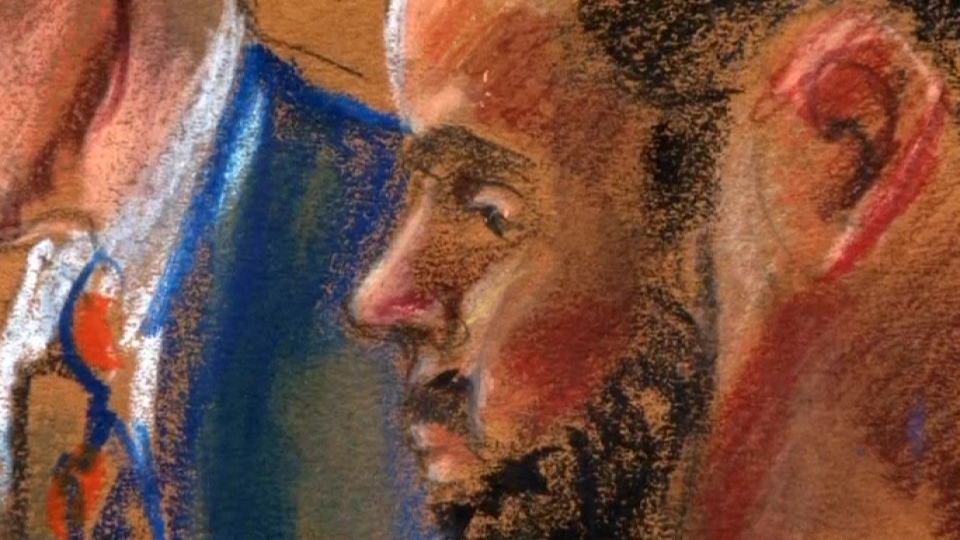 NEW YORK, March 9 (Reuters) - Tairod Pugh, a U.S. Air Force veteran, was found guilty on Wednesday of attempting to join Islamic State, according to his lawyer.

The conviction marks the first case in more than 75 Islamic State-related prosecutions brought since 2014 by the U.S. Department of Justice to reach a jury verdict.

After a week-long trial in Brooklyn federal court, a jury found Pugh, 48, guilty of attempting to provide material support to a designated terrorist organization, and obstruction for destroying four portable electronic storage devices after his detention in Turkey.

"Of course, we are disappointed with the verdict as we put in great effort to defend the case, but the jury appeared to be fair and genuinely concerned about reaching the correct verdict as they saw it," Pugh's lawyer Eric Creizman said.

See photos of more people who have attempted to join Islamic State:

Pugh will be sentenced in September, Creizman said.

Prosecutors said Pugh immersed himself in violent Islamic State propaganda for months before buying a one-way flight from his home in Egypt to Turkey, where he hoped to cross the Syrian border into territory controlled by the extremist group.

He was detained by Turkish authorities at an Istanbul airport and eventually flown to the United States to face terrorism charges.

Pugh's defense lawyers argued that his only offense was to express "repugnant" views about Islamic State in Facebook posts and to watch dozens of the group's slickly produced recruitment videos. They said he traveled to Turkey to find work, not to become a jihadist.

But prosecutors pointed to a letter he drafted to his Egyptian wife, found on his laptop, in which he vowed to fight for Islam and declared he had two options: "Victory or Martyr." The letter was written days before he flew to Turkey, though it was unclear whether he ever sent it.

He also took with him to Istanbul a black facemask, a map depicting Islamic State's strongholds in Syria and a chart of the border crossings between Turkey and Syria.

Only one other Islamic State-related U.S. prosecution has reached trial. In Phoenix, Abdul Malik Abdul Kareem is on trial for plotting with others to attack a Prophet Mohammed cartoon contest in Texas. Two of his alleged associates were killed in a shootout with police at the event.

Pugh served as an avionics specialist in the Air Force from 1986 to 1990 and later worked as an Army contractor in Iraq from 2009 to 2010, prosecutors said.

More on AOL.com:
Obama starts interviewing candidates for Supreme Court vacancy: NPR
Poll shows Trump is ahead of Rubio, Kasich in their home states
Shipwreck found near North Carolina may be a Confederate blockade runner