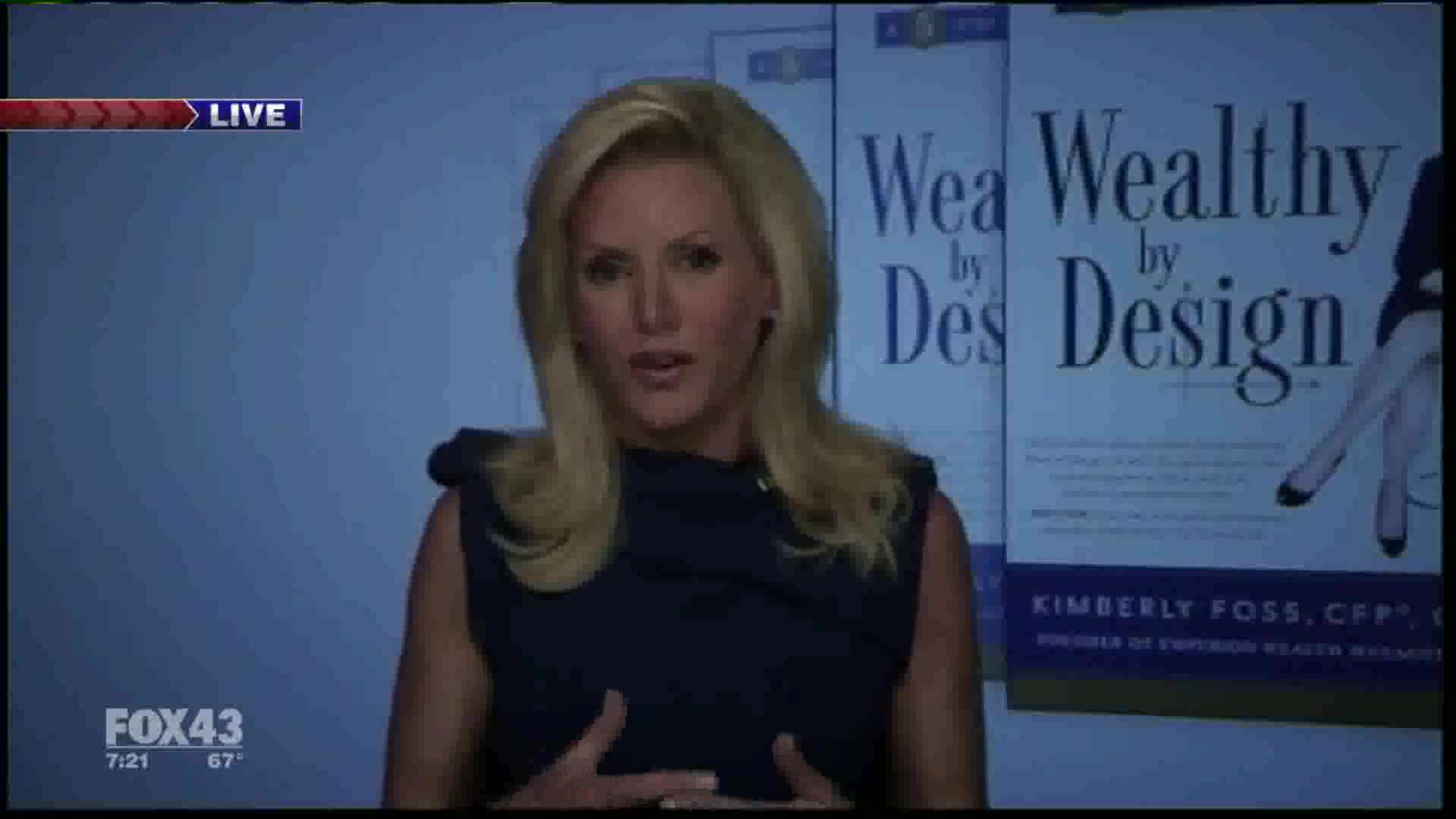 Master these skills if you are serious about growing your wealth.

A very small minority of the 7.4 billion people in the world are wealthy.

As reported by the BBC, an Oxfam, Credit Suisse study found that the eighty top billionaires in the world have amassed $1.9 trillion in wealth, marking a 50 percent increase in the past four years alone.

Here are right skills that can help you to become more successful and wealthy.

1. Become known for one thing.

Many a creative person will tell you they have many talents, which can be both a blessing and a curse. Excelling at various things can make your head spin as you aim to fit them all into your weekly schedule.

More From Inc.com: 10 Tiny, Breathtaking Cities That Are Home to Booming European Companies

Those who are exceptionally successful will tell you this is the number one key to becoming successful. Focus on and be known for one thing -- when you are the expert in one subject and are living and breathing what you do in addition to obtaining exceptional results, clients will travel from near and far to work with you.

The book The One Thing, by Gary Keller, is a great read.

Incredible things happen when you become aware of your daily thoughts and begin doing the work to change the thoughts and beliefs that no longer serve you.

The best book I've read on this subject is Breaking the Habit of Being You' by Dr Joe Dispenza. The book helps you understand the brain and how it works, and offers tools for changing your thoughts in a simple yet practical way. Here's a recent article on the topic.

There are multiple ways you can stay fit, from yoga, Xtend barre, swimming, tennis, golf, or running. However, one of the fastest ways to lose weight, get tone ,and stay healthy is to build muscle.

There are plenty of people who are thin but have more fat than muscle. By the time you reach the age of 50, the average person loses up to 10 percent of muscle mass.

Building muscle can improve bone density, reduce the risk of injury, boost
metabolism, help you gain tone and lose weight, improve your quality of sleep, and raise your level of confidence.

Your habits can help or distract you from achieving your goals. One of the best ways to effectively change your habits is to implement a set morning and evening routine.

There are thousands of articles and books on the toping, including The Miracle Morning by Hal Elrod.

Success rituals are an effective part of setting a positive tone for the day and maximizing your time and results.

5. Turn on your efficiency machine.

Successful people excel at efficiency. They make decisions quickly and take action to make things happen and get things done.

More From Inc.com: 25 Marketing Influencers Who Will Help You Dominate 2016

They utilize their time effectively and realize the importance of energy management. A lack of energy can severely interrupt a person's level of activity, which is why it is crucial to identify what energizes you versus what exhausts you.

To heighten your efficiency, automate your business and outsourcing activities that exhaust you (everything from cleaning to accounting).

The key to efficiency is to focus on what you excel at and build a talented team to help you achieve your audacious goals.

6. Inspire those around you.

People are drawn to those who inspire others. Inspirational people have a way of attracting people from all walks of life.

Inspirational people make others feel good about themselves and more importantly, help them to realize their potential.

We all have different families, beliefs, backgrounds, levels of education, and experiences growing up, and that's why we think differently. Sometimes, despite the many talents people possess, they lack the belief in themselves or the confidence to achieve what they want to in life.

Inspirational people can help boost others confidence and help them to uncover their true purpose in life -- a magical and rewarding experience.

The power of gratitude and appreciation for what you have is absolutely phenomenal.

More From Inc.com: 13 Reasons You Are Not as Successful as You Should Be

When we look at everything we have rather than focus on what we believe is missing, we gain inner peace, happiness, love, and acceptance of what is. We are able to live in the present moment rather than focusing on the future.

8. Meditate from the beaches to the mountaintops.

People around the world are embracing the benefits of meditation. Without a doubt, meditation has changed my life and the lives of countless others.

Regular meditation practice gives one feelings of calm, clarity, and bliss, greater levels of gratitude, and a different view of the world, not to mention the insights that are instrumental to achieving success.

The fact that many people are unclear about their purpose and goals in life and have difficulty making effective decisions is largely due to information overload and the vortex of social media, all of which compete with the everyday activities around relationships, career, and family.

Once you've mastered these eight skills, a multitude of benefits await you on a professional and personal level. They are the foundation for a lifetime of success, inner peace, wealth, and gratitude.

Related: 17 successful executives on lied on their resumes

In September 2014, David Tovar, the vice president of corporate communications for Wal-Mart, resigned from the company after it was discovered that he had not, in fact, received a bachelor of arts degree from the University of Delaware, like his résumé stated, according to Bloomberg.

The New York Times reported that he didn't remember what he had put on his résumé. He said, "I definitely didn't disclose that I didn't have a degree, and there were times where it was probably an error of omission." He said he was a few credits shy of his degree, and had even participated in the graduation ceremony.

He was fired less than seven weeks later when it was discovered that his résumé was almost entirely fabricated. For one, he claimed to hold an MBA from "Denver State University" — the New Zealand Herald investigated, only to find counterfeit credentials of the same university name and degree being sold online.

Secondly, he claimed to have worked with the British Columbia Securities Commission in 1986, who in turn found no records of him, according to the New Zealand Herald.

Two months after being sacked, Davy was sentence to be jailed for eight months, after pleading guilty to one charge of using a document — his CV — "to obtain a benefit or privilege 'namely a senior appointment with the Maori Television Service,'" the New Zealand Herald reported.

In late 2008, a board investigation revealed that James Peterson, CEO of Microsemi Corporation, had not received his bachelor's or master's degree from Brigham Young University, according to Bloomberg.

Microsemi decided to keep him as CEO, saying he was a valuable asset to the corporation.

Peterson is still CEO of Microsemi.

When Scott Thompson, the former president of PayPal, was named as Yahoo's CEO in January 2012, his résumé said he had degrees in accounting and computer science from Stonehill College.

Daniel S. Loeb, the founder of hedge fund Third Point and a shareholder of Yahoo, decided to investigate Thompson's background and uncovered that the new chief executive only had a degree in accounting, not computer science.

"If Mr. Thompson embellished his academic credentials we think that it 1) undermines his credibility as a technology expert and 2) reflects poorly on the character of the CEO who has been tasked with leading Yahoo! at this critical juncture. Now more than ever Yahoo investors need a trustworthy CEO."

In June 2007, Patrick Imbardelli, the head of Asia Pacific operations for Intercontinental Hotels Group, left with two months salary after an internal review of his educational background found he had embellished his résumé, according to Forbes.

On his CV, he claimed to have graduated from Victoria University in Australia with a bachelor of arts degree in business studies and hotel management, and a bachelor of science and MBA from Cornell University. Though he attended classes at both colleges, he never graduated, Forbes reported.

In October 1993, Bruno Sorrentino resigned as the head of IT and director of research for Telstra, a major Australian telecommunications and media company, CIO.com reported.

Though he said his resignation was for "personal reasons," it had just been discovered that he had not graduated from Imperial College with a PhD in physics like his résumé stated. Telstra had tried to look into his thesis, only to find it didn't exist since he had never attended the college.

More from Inc.com
8 Steps for Fixing Negative Online Reviews
3 Branding Tips From the Top 10 Viral Videos of 2015
Why One Unicorn Says You Should Bootstrap for 10 Years Before Pitching VCs