'Sexy Felon' gets released from prison, ready to hit the runway 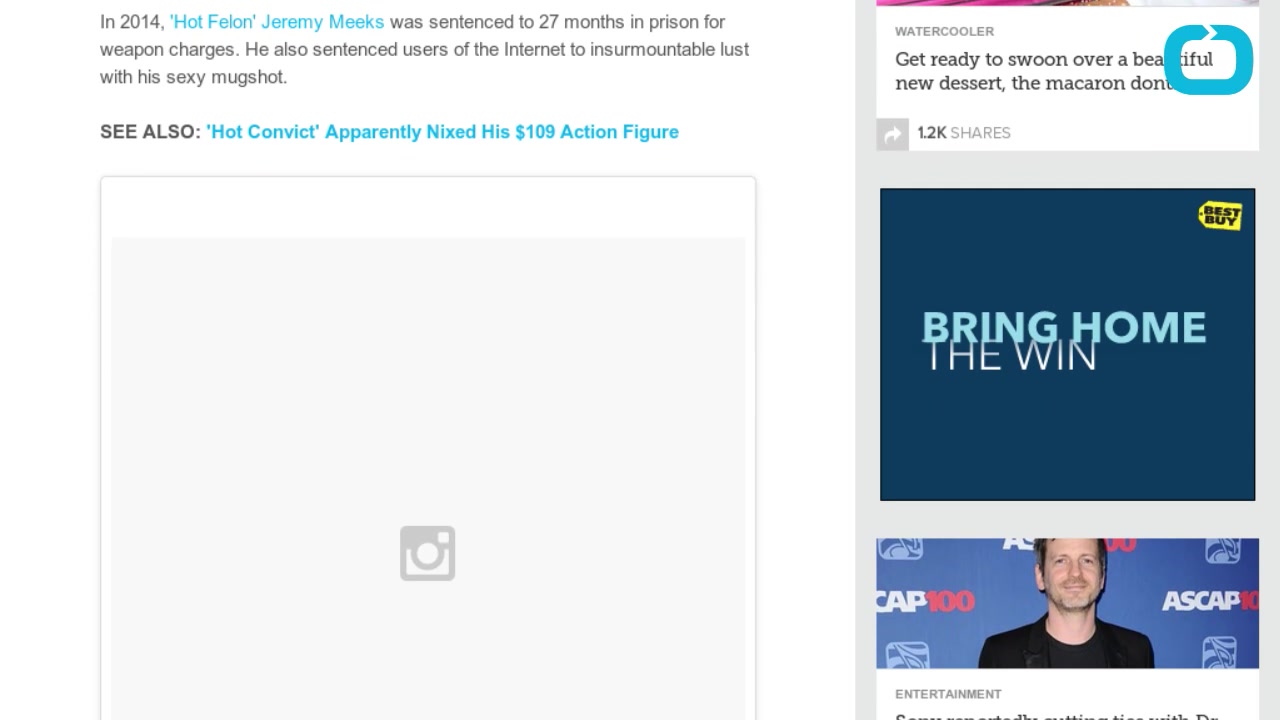 Ladies rejoice, you may be one step closer to seeing one of the hottest Internet sensations alive hit the runway!

Jeremy Meeks, a convicted felon who rose to fame after his "sexy" mugshot was uploaded to Facebook in 2014, was released from prison on Tuesday.

In 2015, the 32-year-old heartthrob made waves again when he was offered a $30,000 modeling contract from Blaze Models and now he says he's "ready" to model, according to an Instagram post from his account.

And by the stream of chatter on Twitter, Meeks' adoring fans are ready to see his dreamy blue eyes and catwalk too.

Update: test is in less than 3 hours and I'm looking up Jeremy Meeks, man with the sexiest mug shot

'Sexy Felon' gets released from prison, ready to hit the runway
#chillin #poolside
I'm so excited to make a new start. Thank you god and the people that believe in me #summer16
Best part of waking up
Looking forward to my time on the lake with my kids
Every Friday until Jeremy's release, White Cross Management is going to be taking your questions for the #hotcriminal himself. You can comment here or tweet using the hashtag #FelonCrushFriday. Give the @jmeeksofficial Twitter a follow for more updates!
Looking forward to reuniting with my family. Counting down the days. #6days #spreadtheword
Bout to start this countdown!
We are officially verified! Follow for exclusive updates. #FelonCrushFriday
Up Next