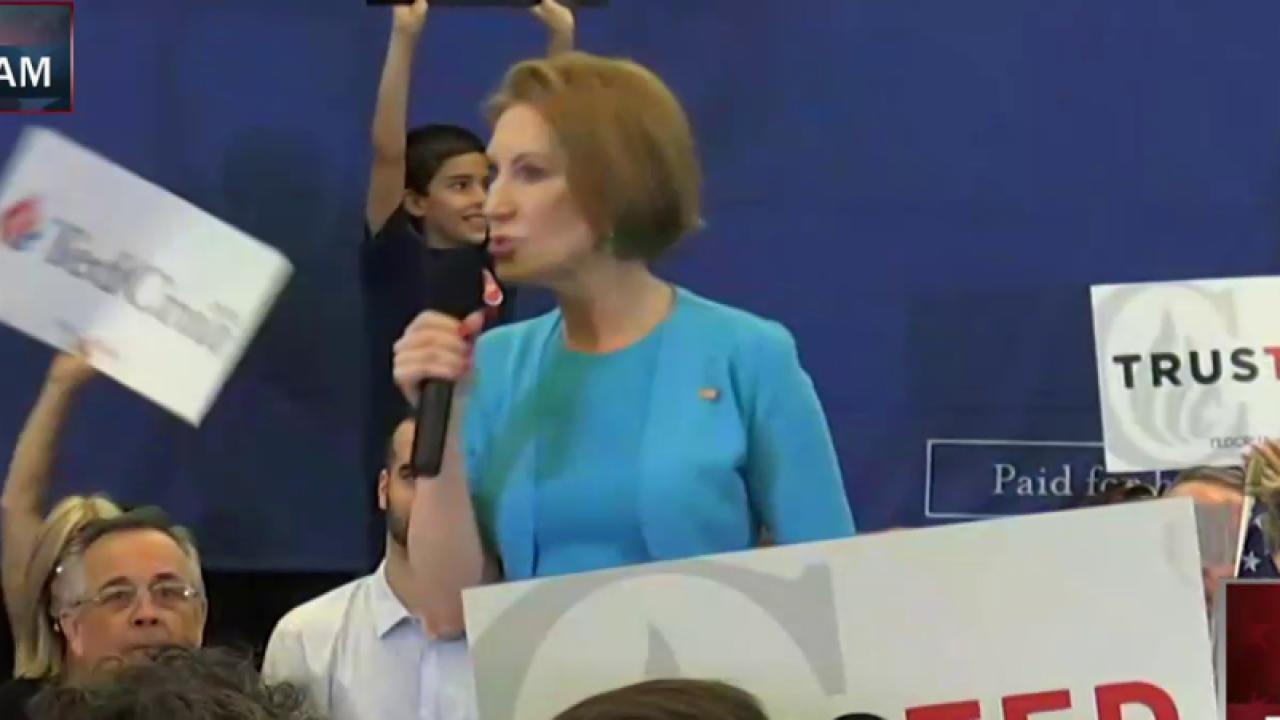 Carly Fiorina threw her support behind Ted Cruz's presidential campaign in a surprise endorsement on Wednesday.

The former Hewlett-Packard CEO and political outsider who suspended her own presidential campaign just weeks ago, tried to lend her outsider credibility - which gave her campaign momentum after standout debate performances - at his Wednesday rally.

She told a cheering crowd in Miami that front-runners Donald Trump and Hillary Clinton are one in the same, and that only Cruz can beat Trump.

"They are the system, they will not reform it," she said. "So when the establishment says Ted Cruz is too much of a conservative, too much of a fighter, he won't get along, I say, you go Ted!"

The crowd embraced her nod with chants of "you go Ted."

Fiorina is a skilled debater and politician, but she lacked a natural base and struggled to turn momentum and impressive debate performances into votes in the early states.

Her endorsement makes sense, when you consider natural affinities between the two. While Cruz and Fiorina both campaign heavily and speak carefully, it doesn't often look like either are having much fun out there. They share a similar world view and a strong sense of ambition. She and Cruz rarely clashed on the debate stage, with Fiorina instead taking on Trump and Clinton often, and they also share several key campaign planks, including an extremely conservative stance on abortion and a desire to abolish the IRS.

10 facts you should know about Carly Fiorina:

Tuesday night's exit polling showed a significant gender gap in Trump's wins, and Fiorina's endorsement of Cruz may help him capitalize on that vulnerability and draw female voters to his ticket.

Though Fiorina had her own liabilities as a candidate — including layoffs while running Hewlett-Packard and repeating a number of falsehoods on the debate stage — she's likely to make a powerful surrogate on the campaign trail. She could also help the Cruz campaign combat arguments that his work as a senator is part of the status quo with a dose of real outsider credibility.