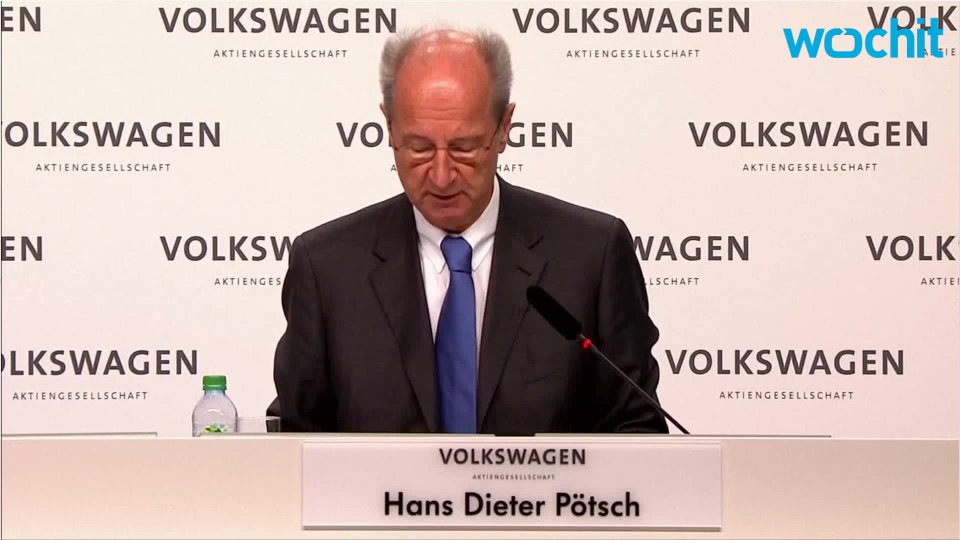 WOLFSBURG, Germany, March 8 (Reuters) - Volkswagen may have to cut jobs in the United States as well as Europe and other countries depending on how big a fine has to be paid for its manipulation of diesel emissions tests, the carmaker's top labor official told a meeting of 20,000 workers at its German headquarters on Tuesday.

The U.S. Justice Department has sued Volkswagen (VW) for up to $46 billion for breaching U.S. environmental laws, while there is still no fix for nearly 600,000 cars affected in the United States almost six months after the scandal broke.

The extent to which VW may be forced to cut jobs to help meet the costs of 'Dieselgate' depends "decisively" on the level of fines, VW's works councils chairman Bernd Osterloh said on Tuesday at the meeting of workers in Wolfsburg which was also attended by the carmaker's top managers.

"Should the future viability of Volkswagen be endangered by an unprecedented financial penalty, this will have dramatic social consequences," said Osterloh, who also sits on VW's 20-member supervisory board.

Photos from the emissions scandal:

Osterloh, speaking to workers at VW's flagship plant about the emissions crisis and structural changes, called on the U.S. authorities to consider the risk of possible job cuts in deciding on penalties.

"We very much hope that the U.S. authorities also have an eye for this social and employment-political dimension," he said.

Europe's largest automaker employs over 600,000 people at around 120 factories worldwide, including 270,000 in Germany. Its U.S. plant in Chattanooga, Tennnessee employs about 2,200 people.

Speaking at the Wolfsburg meeting Chief Executive Matthias Mueller said the scandal would inflict "substantial and painful" financial damage on the carmaker, without elaborating.

Volkswagen last year set aside 6.7 billion euros ($7.39 billion) to cover the expected costs of recalling of about 11 million diesel vehicles globally. It has postponed the release of its 2015 results by more than a month until April 28 to better assess the financial implications of the crisis.

"The software manipulations and its consequences will keep us busy for a long time," Mueller said on Tuesday, adding that it would take years to determine the full extent of the financial impact of the scandal.

The state of Lower Saxony, VW's second-largest shareholder, expects more "unpleasant news" to emerge over the months ahead but remains confident that the company has the financial strength to cope.

"We will this year probably every now and then be confronted with unpleasant news related to 'Dieselgate'," Stephan Weil, prime minister of Lower Saxony, told the Wolfsburg meeting.

"The damage will, on balance, not be minor, that much can already be said today, but Volkswagen luckily has a strong economic base," Weil, also a member of the supervisory board, said.

The Western German state, which holds 20 percent of VW's common shares, has "no reason" to alter its commitment to the carmaker despite the crisis, said Weil, a member of Chancellor Angela Merkel's Social Democrat (SPD) coalition partners.

Separately, German prosecutors said on Tuesday they have widened their investigation into Volkswagen's diesel emissions scandal and are now targeting 11 more employees.

Klaus Ziehe from the state prosecutor's office in Braunschweig, Lower Saxony, which is leading the German case against VW, said 17 people were now being investigated, up from six previously.

"The number of suspects has risen, although none are from the management board," Ziehe said.

For a timeline on VW's diesel emissions scandal click

RELATED: The history of Volkswagen

VW's labor chief says big US fines will hit workers' jobs
circa 1950: Rows of ' Beetle ' cars at a German Volkswagen plant. (Photo by Fox Photos/Getty Images)
View of a Volkswagen Beetle, 1960s. (Photo by Hulton Archive/Getty Images)
circa 1975: Volkswagen Beetle cars parked. (Photo by Keystone/Getty Images)
DETROIT, UNITED STATES: Members of the media surround the new Volkswagen Beetle after its introduction 05 January at the North American International Auto Show in Detroit, Michigan. The Beetle, the best selling car in history, is being offered on the US market after a 19 year absence. AFP PHOTO/Matt CAMPBELL (Photo credit should read MATT CAMPBELL/AFP/Getty Images)
The New 1999 Beetle From Volkswagon. The Trademark Beetle Body Shape Is Immediately Recognizable, Though It Shares No Parts With The Old Beetle. It's Both Larger (161.1 Inches In Length And 96.3 Cubic Feet Inside) And More Powerful Than Its Predecessor And The Engine Is No Longer In The Back. The Car Is Available With A New Turbocharged 150-Horsepower 1.8-Liter Four-Cylinder Engine, A 115-Horsepower 2.0-Liter Four-Banger Or A High-Tech Turbo Direct Injection Diesel Engine That Gets 48 Mpg On The Highway And Has A Driving Range Of 700 Miles. The New Beetle's A Truly Modern Volkswagen, With A Fully Galvanized Body And German Engineered Suspension. Plus A Security System, Airbags* And 6-Speaker Cassette Stereo. (Photo By Getty Images)
NUERBURGRING, GERMANY - OCTOBER 07: INTERNATIONALES ADAC EIFFELRENNEN 2000 Nuerburgring; VW NEW BEETLE CUP (Photo by Christof Koepsel/Bongarts/Getty Images)
384066 02: FILE PHOTO: The new Volkswagen 'Microbus' concept vehicle is displayed for this publicity photo. The Microbus was introduced January 7, 2001 at the North American International Auto Show in Detroit, MI. (Photo courtesy of Volkswagen/Newsmakers)
398508 01: UNDATED FILE PHOTO A redesigned Volkswagen Beetle is displayed in this undated file photograph. Volkswagen officially opened a new assembly hall near Dresden, Germany, December 11, 2001 to produce the new Phaeton luxury car, which represents a dramatic new step for the German car company away from its traditional medium and small car market. (Photo courtesy Volkswagen AG/Getty Images)
A worker walks past a Polo car at a production line in Shanghai Volkswagen Automotive Company, 09 June 2003. One out of every 120 Chinese now own their own car as the government announced that there were more than 10 million privately owned cars plying Chinese roads, state press said. AFP PHOTO/LIU Jin (Photo credit should read LIU JIN/AFP/Getty Images)
SYDNEY, AUSTRALIA - OCTOBER 16: The Volkswagen Golf R32 on display during the Sydney International Motorshow at the Sydney Exhibition Centre October 16, 2003 in Sydney, Australia. The Sydney International Motorshow is the largest collection of automobiles on show in Australia with sixty new production models unveiled and concept vehicles on display. (Photo by Cameron Spencer/Getty Images)
DETROIT - JANUARY 5: Volkswagen displays the Concept T vehicle at the North American International Auto Show January 5, 2004 in Detroit, Michigan. The show, which will feature more than 700 vehicles, opens to the public January 10. (Photo by Bryan Mitchell/Getty Images)
ZOUERAT, MAURITANIA: Finnish Juha Kankkunen drives his Volkswagen Touareg 05 January 2005, during the sixth stage of the 27th Dakar Rally between Smara and Zouerat in Mauritania. Reigning champion Stephane Peterhansel of France won the stage. Peterhansel, hampered by a cold for two days, crossed the finishing line in 4hr 0min 29sec to beat out fellow Mitsubishi driver, and two-time champion, Hiroshi Masuoka of Japan by 5min 58sec and the Volkswagen of Bruno Saby by 7min 26sec. AFP PHOTO MARTIN BUREAU (Photo credit should read MARTIN BUREAU/AFP/Getty Images)
WOLFSBURG, GERMANY - MARCH 13: (L-R) Volkswagen Board members Detlef Wittig, Francisco Javier Garcia Sanz, Horst Neumann, Martin Winterkorn, Chairman of German automaker Volkswagen, Jochem Heizmann and CFO Hans Dieter Poetsch pose at the new Volkswagen model 'Scirocco' during the company's annual press conference on March 13, 2008 in Wolfsburg, Germany. The Volkswagen Group significantly increased its earnings last year. Profit before tax therefore grew to 6.5 billion euros. (Photo by Andreas Rentz/Getty Images)
Up Next

More from AOL.com:
10 most important tax deadlines in 2016
11 items you should always buy at Costco
Starbucks offering 'Happy Monday' deals