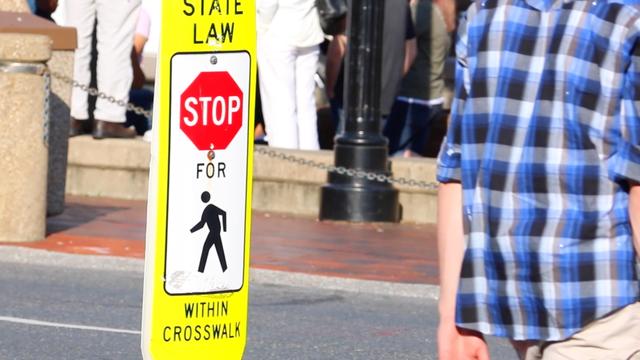 Pedestrian deaths from car crashes surged the most in at least four decades last year and now account for about 15 percent of fatalities from motor vehicle accidents, a U.S. report suggests.

Nationally, pedestrian deaths rose 10 percent in 2015 from the previous year, researchers estimated based on data supplied by states for January through June.

"We are projecting the largest year-to-year increase in pedestrian fatalities since national records have been kept, and therefore we are quite alarmed," said study co-author Richard Retting of Sam Schwartz Consulting, referring to a fatality reporting system established in 1975.

An improving economy and falling gas prices are at least partially to blame, said Retting, who did the analysis on behalf of the Governors Highway Safety Association.

7 PHOTOS
Distracted pedestrians are ending up in hospitals
See Gallery

"Economic recoveries generally coincide with higher traffic fatality rates because of the increase in discretionary income, potentially leading to extra vacations and more travel at night and on weekends," Retting said by email.

With more disposable income, more parents may have handed car keys to teens, generally among the most dangerous drivers on the road.

In the first six months of 2015, there were 2,368 pedestrian fatalities, up from 2,232 for the same period one year earlier, the report found.

Pedestrians also account for a larger share of deaths than they did a decade ago - when people outside vehicles represented just 11 percent of fatalities from crashes.

In addition to more people traveling by car and by foot, there are also more distracted drivers and pedestrians these days.

Cell phones are ubiquitous in cars and on sidewalks, contributing to a growing number of accidents that involve people focused on mobile devices instead of their surroundings, Retting noted.

At the same time, cars have more safety features that make them crashworthy, allowing a larger proportion of drivers and passengers inside vehicles to survive collisions and leading to a surge in the proportion of fatalities involving pedestrians.

"One-third of fatally injured pedestrians have blood-alcohol concentrations above the legal limit for driving; many more are impaired," Retting said.

Pedestrian hazards may also depend on where people live.

The number of pedestrian deaths ranged from none in Vermont to 347 in California during the first half of last year.

The findings are preliminary. And it's possible shifts in accident patterns during the second half of 2015 might change the rate of increase for pedestrian deaths. Still, the authors conclude, the results suggest that people need to be more cautious on the road and on sidewalks.

The findings highlight how more people driving and walking may add up to more pedestrian deaths, particularly in places that aren't designed to be safe for travel on foot, said Dr. Stephen Hargarten, director of the Injury Research Center at the Medical College of Wisconsin.

Often, communities aren't pedestrian friendly, and lack walkways separated from roads or traffic laws requiring cars to stop for people on foot, Hargarten, who wasn't involved in the study, said by email.

"The environments are really designed for cars to flow, not for pedestrians," Hargarten said.

More from AOL.com:
Group knits little homes for rescued animals and the results are adorable
Study finds aging starts before birth
Mystery behind Mercury's deep dark surface may have been solved