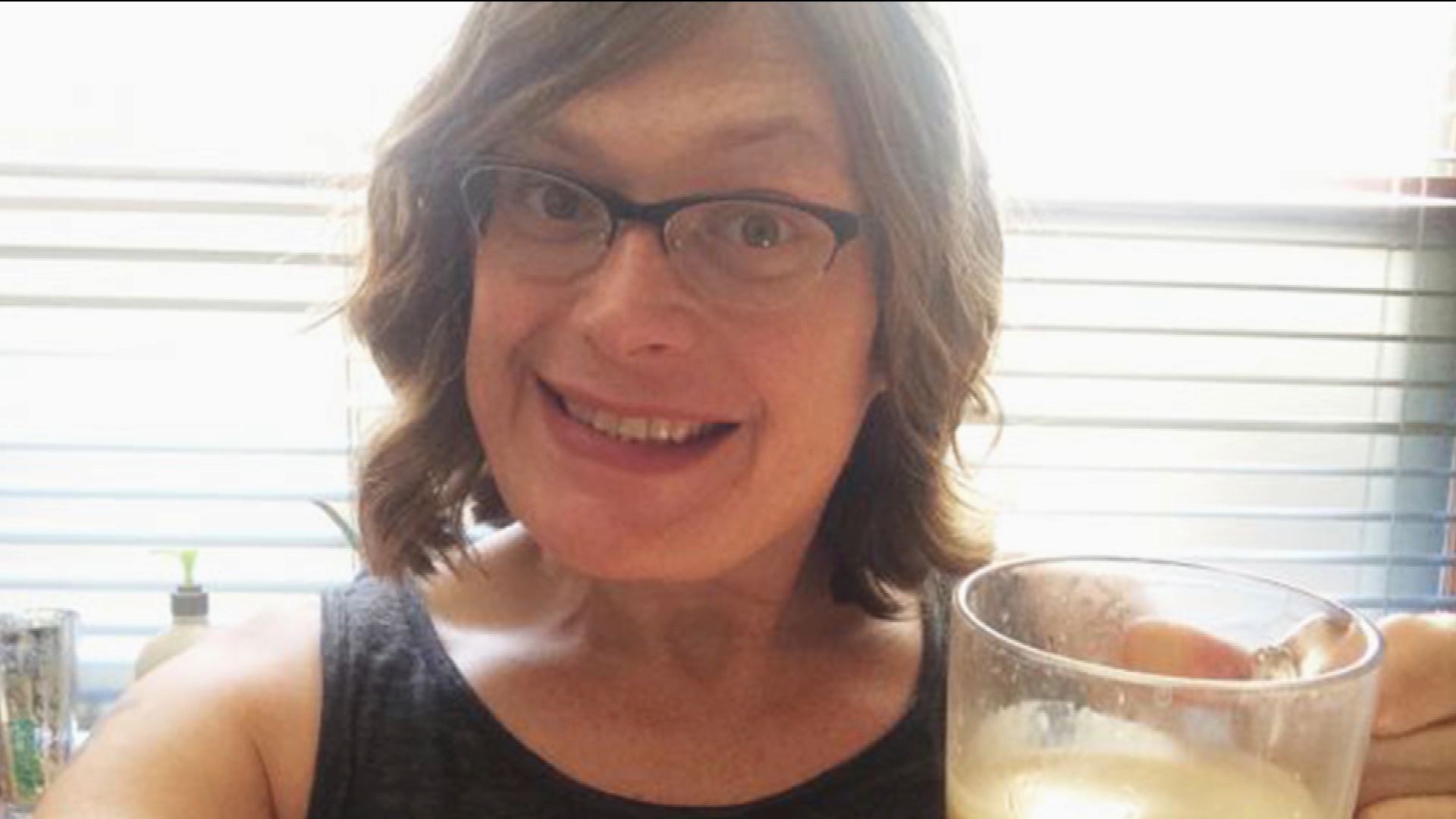 The second Wachowski sibling of "The Matrix" trilogy has come out as transgender, with Andy Wachowski, now going by the name Lilly, making an announcement on Tuesday.

Lilly's sister and directing partner, Lana, came out as transgender years ago. In a statement to Windy City News, Lilly said she was at risk of being outed by the media.

According to her statement, Lilly was approached by a reporter at U.K. outlet the Daily Mail, who asked Lilly if she could "have my picture taken and tell my story which was so inspirational!"

Lilly went on to slam the Daily Mail's history with transgender issues.

"It was the 'news' organization that had played a huge part in the national public outing of Lucy Meadows, an elementary school teacher and trans woman in the UK," she wrote. "And now here they were, at my front door, almost as if to say — 'There's another one! Let's drag 'em out in the open so we can all have a look!'"

"So yeah, I'm transgender," she went on. "And yeah, I've transitioned." 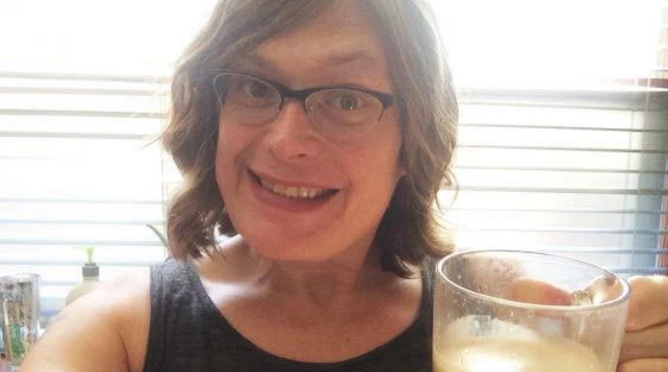 Shortly after the announcement, GLAAD director of programs for transgender media Nick Adams issued a statement celebrating the news and cautioning the media in its coverage: "GLAAD is thrilled that Lilly Wachowski is able to be her true and authentic self today, however, she should not have been forced to disclose her transgender identity before she was ready to do so. Journalists must learn that it is unacceptable to out a transgender person, in the same way it is unacceptable to out a person who is gay, lesbian, or bisexual."

The Wachowskis rose to fame with "The Matrix" in 1996, completing the trilogy in 2003. Last year, the duo released "Jupiter Ascending," starring Channing Tatum and Mila Kunis, and also recently co-created the Netflix series "Sense8."

Read the full statement below.

There's the headline I've been waiting for this past year. Up until now with dread and/or eye rolling exasperation. The "news" has almost come out a couple of times. Each was preceded by an ominous email from my agent—reporters have been asking for statements regarding the "Andy Wachowski gender transition" story they were about to publish. In response to this threatened public outing against my will, I had a prepared a statement that was one part piss, one part vinegar and 12 parts gasoline.

It had a lot of politically relevant insights regarding the dangers of outing trans people, and the statistical horrors of transgender suicide and murder rates. Not to mention a slightly sarcastic wrap-up that "revealed" my father had injected praying mantis blood into his paternal ball-sac before conceiving each of his children to produce a brood of super women, hellbent on female domination. Okay, mega sarcastic.

But it didn't happen. The editors of these publications didn't print a story that was only salacious in substance and could possibly have a potentially fatal effect. And being the optimist that I am, I was happy to chalk it up to progress.

Then last night while getting ready to go out for dinner my doorbell rang. Standing on my front porch was a man I did not recognize.

"This might be a little awkward," he said in an English accent.

Sometimes it's really tough work to be an optimist.

He proceeded to explain he was a journalist from the Daily Mail, which was the largest news service in the UK and was most definitely not a tabloid. And that I really had to sit down with him tomorrow or the next day or next week so that I could have my picture taken and tell my story which was so inspirational! And that I really didn't want to have someone from the National Enquirer following me around, did I? BTW—The Daily Mail is so definitely not a tabloid.

My sister Lana and I have largely avoided the press. I find talking about my art frustratingly tedious and talking about myself a wholly mortifying experience. I knew at some point I would have to come out publicly. You know, when you're living as an out transgender person it's ... kind of difficult to hide. I just wanted—needed some time to get my head right, to feel comfortable.

But apparently I don't get to decide this.

After he had given me his card, and I closed the door it began to dawn on me where I had heard of the Daily Mail. It was the "news" organization that had played a huge part in the national public outing of Lucy Meadows, an elementary school teacher and trans woman in the UK. An editorial in the "not-a-tabloid" demonized her as a damaging influence on the children's delicate innocence and summarized "he's not only trapped in the wrong body, he's in the wrong job." The reason I knew about her wasn't because she was transgender it was because three months after the Daily Mail article came out, Lucy committed suicide.

And now here they were, at my front door, almost as if to say—

"There's another one! Let's drag 'em out in the open so we can all have a look!"

Being transgender is not easy. We live in a majority-enforced gender binary world. This means when you're transgender you have to face the hard reality of living the rest of your life in a world that is openly hostile to you.

I am one of the lucky ones. Having the support of my family and the means to afford doctors and therapists has given me the chance to actually survive this process. Transgender people without support, means and privilege do not have this luxury. And many do not survive. In 2015, the transgender murder rate hit an all-time high in this country. A horrifying disproportionate number of the victims were trans women of color. These are only the recorded homicides so, since trans people do not all fit in the tidy gender binary statistics of murder rates, it means the actual numbers are higher.

And though we have come a long way since Silence of the Lambs, we continue to be demonized and vilified in the media where attack ads portray us as potential predators to keep us from even using the goddamn bathroom. The so-called bathroom bills that are popping up all over this country do not keep children safe, they force trans people into using bathrooms where they can be beaten and or murdered. We are not predators, we are prey.

I'm out to my friends and family. Most people at work know too. Everyone is cool with it. Yes, thanks to my fabulous sister they've done it before, but also because they're fantastic people. Without the love and support of my wife and friends and family I would not be where I am today.

But these words, "transgender" and "transitioned" are hard for me because they both have lost their complexity in their assimilation into the mainstream. There is a lack of nuance of time and space. To be transgender is something largely understood as existing within the dogmatic terminus of male or female. And to "transition" imparts a sense of immediacy, a before and after from one terminus to another. But the reality, my reality is that I've been transitioning and will continue to transition all of my life, through the infinite that exists between male and female as it does in the infinite between the binary of zero and one. We need to elevate the dialogue beyond the simplicity of binary. Binary is a false idol.

Now, gender theory and queer theory hurt my tiny brain. The combinations of words, like freeform jazz, clang disjointed and discordant in my ears. I long for understanding of queer and gender theory but it's a struggle as is the struggle for understanding of my own identity. I have a quote in my office though by José Muñoz given to me by a good friend. I stare at it in contemplation sometimes trying to decipher its meaning but the last sentence resonates:

"Queerness is essentially about the rejection of a here and now and an insistence on potentiality for another world."

So I will continue to be an optimist adding my shoulder to the Sisyphean struggle of progress and in my very being, be an example of the potentiality of another world.