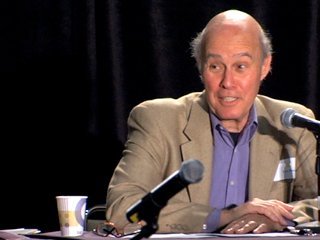 Trosper, who played the inquiring photographer who asks, "What's Rosebud?" in the 1941 film, died at her home in New York City.

In addition to acting, Trosper was director Orson Welles' longtime personal assistant, working with him in the Mercury Theater division at RKO.

Trosper famously defended the filmmaker upon the release of Pauline Kael's essay "Raising Kane," in which Kael argued that screenwriter Herman J. Mankiewicz was the actual writer for Citizen Kane, but Welles had affixed his name on the script.

See the most notable celebrity deaths of 2015:

January 9 -- Samuel Goldwyn Jr., was a famous producer and the father of "Scandal" star Tony Goldwyn.

January 10 -- Taylor Negron, was best known for his character roles in films "Fast Times at Ridgemont High" and "Stuart Little."

April 6 -- James Best, actor best known for his role in "The Dukes of Hazzard".  (Photo by CBS Photo Archive/Getty Images)

April 14 -- Percy Sledge, singer best known for the hit "When a Man Loves a Woman."

April 23 -- Sawyer Sweeten (L), actor known for his role in "Everybody Loves Raymond" and died at age 19.

May 6 -- Errol Brown, best known as the frontman for the soul and funk band Hot Chocolate. He died at age 71

July 3 -- Diana Douglas, actress and wife of actor Kirk Douglas, mother of Michael Douglas. She is known for her comedic film, "Planes, Trains and Automobiles."

July 9 -- Christian Audigier, clothing designer known for his Ed Hardy and Von Dutch lines. Audigier died at the age of 57.

July 10 -- Omar Sharif, actor known for his roles in "Doctor Zhivago" and "Lawrence of Arabia."

July 26 -- Bobbi Kristina Brown, singer, actress and television personality. She was the daughter of Whitney Houston who died in a similarly tragic circumstance in 2012. Bobbi Kristina died at the age of 22.

August 7 -- Uggie the Dog, actor best known for his role in "The Artist."

August 9 -- Frank Gifford, football player and television sports commentator. He was married to talk show host Kathie Lee Gifford and a father of 5 and died at the age of 84.

August 17 -- Yvonne Craig, dancer and actress, best known for her role as Batgirl on the "Batman" television series.

September 1 -- Dean Jones, actor known for his role of Jim Douglas in "The Love Bug" films.

September 3 -- Judy Carne, actress best known for her comedic roles on "Rowan & Martin's Laugh‑In" and "Love on a Rooftop."

September 4 -- Jean Darling, child actress known for her role in "My Gang."

November 23 -- Cynthia Robinson, trumpeter and vocalist of the band Sly and the Family Stone.

December 3 -- Scott Weiland, lead singer of the alternative rock band Stone Temple Pilots. He died at the age of 48.

December 4 -- Robert Loggia, actor known for Jagged Edge, which he was nominated for an Academy Award. He also starred in "Big" and "Scarface."

December 6 -- Holly Woodlawn, one of the first known transgender actresses. She was a muse of Andy Warhol and inspiration for Lou Reed's 'Wild Side'

"Then I'd like to know what was all that stuff I was always typing for Mr. Welles!" said Trosper in Welles' defense. Kael never interviewed Trosper, who had worked on the film from its rough draft stages to its completion, and the essay was later discredited when Welles' contributions to the screenplay were documented.

Born in Wyoming on March 18, 1915, Trosper later moved with her family to California, where she received a scholarship to USC at 16.

She then made her way in the film world at both MGM and RKO.

She said in a video interview last year that she was both an actress and an assistant on the set of Citizen Kane: "I would just drop my notebook and run on the set," the actress recalled.

Her brother, Guy Trosper, became a screenwriter and producer, writing the screenplays for such films as Birdman of Alcatraz (1962) and The Spy Who Came in From the Cold (1965).

At a CIO convention in Boston in 1942, she met her husband, Martin Popper, who was the co-chief defense counsel for the Hollywood Ten. He defended Dalton Trumbo and John Howard Lawson, who were convicted in 1950 of contempt of Congress for refusing to declare whether they were Communists. In 1961 Popper himself was convicted of the same offense.