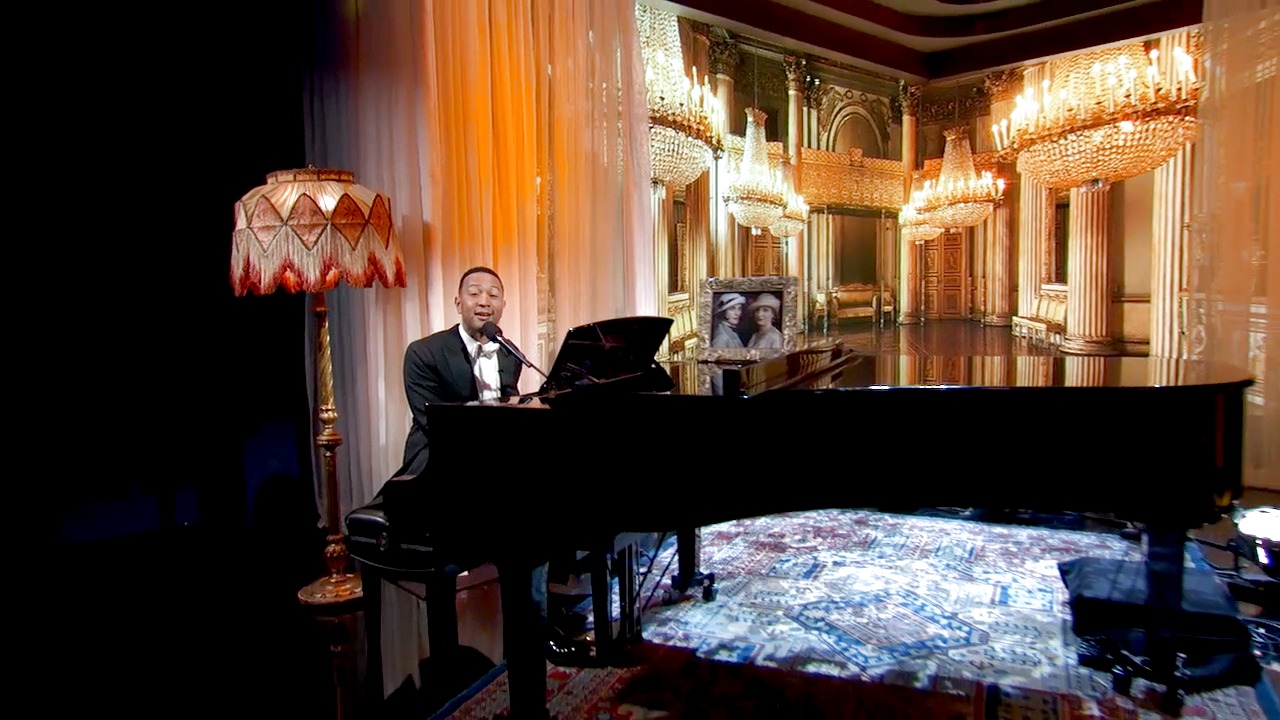 The dearly departed Downton Abbey managed to have terrible things befall Lady Edith at every possible turn, but not during the opening credits, which were merely a simple tour of the Crawley estate, accompanied by the winter of 2010–2011's second-most-important piano melody (after "Runaway," of course). Luckily, John Legend and his angelic voice added lyrics to the Downton theme on Kimmel last night. They point out how #DowntonSoWhite the cast is; how Bates is just the good kind of murderer; and, most importantly, how Edith is terrible. Okay, but how long until we get a remix with some bars from Laura Linney?

John Legend gives the 'Downton Abbey' theme music some much-needed lyrics; Yes, of course they insult Edith
Up Next

More from Vulture
A. Richter plays Conan's 'Guess That Punchline!'
When Broadway's survival was a question
Are you the guy in this famous Met painting?