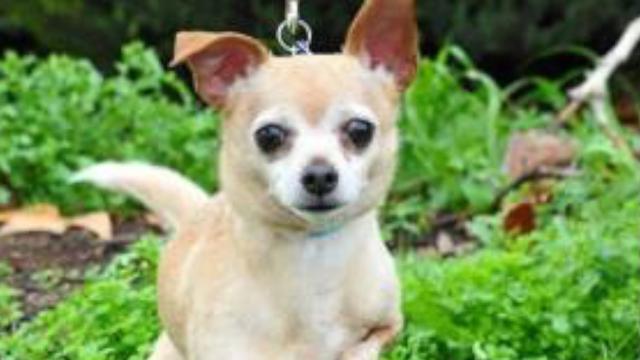 Fleetwood Mac is an 8-year-old chihuahua who recently found a home after extended stays at animal shelters all thanks to Umbrella of Hope.

Although the chihuahua was posted for adoption on regular outlets, he didn't receive any adoption requests. Fleetwood Mac was born with a rare physical trait called Ectrodactyly, which affects one of his paws, so Umbrella of Hope thought to match Fleetwood Mac with someone who would understand him best.

The group was able to locate a support group for families dealing with Ectrodactyly and found a perfect match for Fleetwood Mac -- a family with a seven-month-old daughter also born with Ectrodactyly affecting both her hands and feet.

You can read Umbrella of Hope's full announcement below:

Our Press ReleaseUmbrella of Hope, the San Francisco Bay Area animal rescue group, is at it once again—uniting a...

Last year the group posted a story about a chihuahua puppy named Fireman who was abandoned after suffering third-degree chemical burns. The group was also able to find Fireman a home with a 12-year-old burn survivor-- someone who understood Fireman's unique needs.

More on AOL.com:
Woman leads police on chase while driving 'Mystery Machine' van from 'Scooby Doo'
Men steal 20 iPods, in 30 minutes, from Walmart and no one stops them
Kindergarten teacher accused of drinking on the job