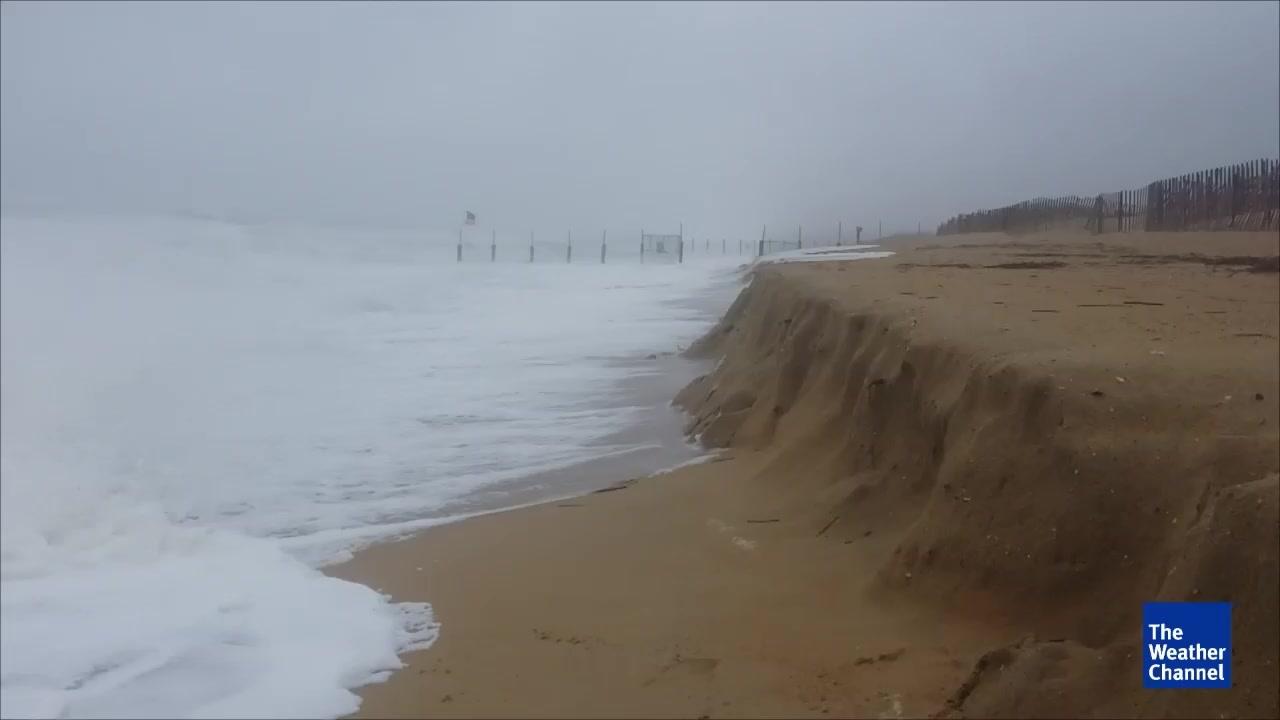 Sea levels are rising fast, and predicted to climb higher in the coming decades. This makes buying a retirement home that's right on the water a risky move. Maybe it's time to rethink the idea of investing in a retirement or second home overseas on the beach. Living above the beach is the wiser bet over the long term. These beach houses and condos aren't right on the sand, but elevated just beyond the water's edge.

Buying above the beach has many benefits in addition to hedging your position against rising ocean levels. A house on a hill or cliff above the sea also means long views, no sand in the house, fewer passers-by and lower maintenance costs. Salt spray can be very damaging over time.

Here are five places to consider for your retirement or second home at the beach where you won't have to worry about your property being damaged as a result of rising sea levels.

Carvoeiro, Algarve, Portugal. Thanks to great year-round weather, a long and beautiful coastline and an already established and welcoming community of foreign retirees, the Algarve, Portugal, qualifies as a great place to think about retiring overseas in 2016. There is also lots of English spoken, great medical care and retiree-friendly residency options. The strength of the U.S. dollar versus the euro right now additionally means more buying power for American retirees.

At the center of this coastal region is the small town of Carvoeiro, with its cozy, sheltered and sandy bay spreading out in front of the town square. Carvoeiro is a small fishing village that boasts a wealth of restaurants, shops, bars and diversions. Its picturesque setting and amenities explain why it's such a popular destination, especially among visitors from the United Kingdom.

On both sides of the town beach, scenic cliffs rise up and provide dramatic ocean and sunset views for the homes located there – not to mention safety from the rising seas. Cliff-top properties can be a bargain. You could buy a cliff-top apartment with a sea view that is within walking distance of the beach for as little as $150,000.

RELATED: See some of the best activities to do during retirement

Retirinho Beach, Brazil. Canoa Quebrada, one of Brazil's major tourist destinations, is known for its beaches, beach resorts, world-class restaurants and vibrant nightlife. It's also situated, in part, on a bluff where you could buy today and feel confident your property would remain many feet above the waterline for generations to come.

Furthermore, at today's exchange rate between the dollar and the Brazilian real, you could buy an above-the-beach lot here for as little as $50,000. Given today's low costs of construction, you could build a comfortable home on that lot for just $50,000 more.

Amapas is on a hillside just south of Puerto Vallarta's old town. It's a rapidly growing area where many Americans and Canadians are choosing to buy. Amapas is in a jungle setting, but its Pacific views are impressive. The location is also convenient to Puerto Vallarta town, though you may want to take a cab back, as it's all uphill.

Conchas Chinas lies south of Amapas and is sometimes referred to as the Beverly Hills of Puerto Vallarta. It's an exclusive neighborhood populated by Americans, Canadians and a few Mexicans. Lower Conchas Chinas is at or near the beach, while upper Conchas Chinas is in a jungle setting, often with excellent views of the bay. Villas here can sell for as much as $5 million. However, you don't have to spend nearly that much to enjoy all that this above-the-sea location has to offer. You could buy a two-bedroom, two-bath condo for as little as $200,000.

Guanacaste, Costa Rica. Guanacaste, Costa Rica, has developed to include luxury-standard communities on the hillsides overlooking the beach and the Pacific, meaning great ocean views and beautiful sunsets. The region is served by the international airport at Liberia and known for sport fishing, diving and surfing. Also on your doorstep are restaurants and bars, as well as the more practical requirements of retirement living, including hardware stores and health care. You could buy in this north-coastal region of Costa Rica for as little as $200,000.

Azuero Sunset Coast, Panama. The western coast of Panama's Azuero Peninsula is known as the Azuero Sunset Coast. Thanks to the country's orientation, it's one of the few coasts in Panama from which you can watch the sun set. This is a wild and undeveloped coast marked by high cliffs and backed by mountains. You could own here far above the high tide line and enjoy long, expansive views, both of the Pacific coast and the mountains all around.

A small group of foreign retirees has taken hold here, and this until-now overlooked coast is emerging as a top retirement hot spot in this country. You could join them, investing in an ocean-view home of your own, for as little as $200,000.

Kathleen Peddicord is the founder of the Live and Invest Overseas publishing group.

More from U.S. News & World Report:
The World's Best-Kept Retire Overseas Secret
How to Prioritize Spending in Retirement
What to Do If You're Retired and Broke