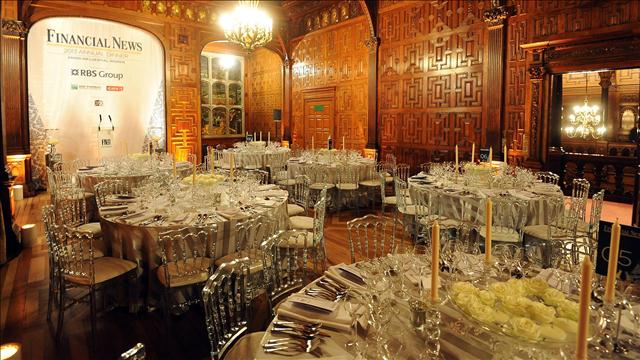 Smart, strong and inspiring women have left their marks in a variety of industries, and finance is no exception. From leading the International Monetary Fund, to managing trillions of dollars in financial assets, women are increasingly making a mark in the money world. So, in honor of International Women's Day, here are some of the most notable women in finance.

Considered one of Wall Street's most "Powerful Women" and one of JPMorgan's "Steadiest Leaders," Erdoes attended Georgetown University where she earned her undergraduate degree in mathematics and later went on to receive her Master's in Business Administration at Harvard University.

She made "The World's 100 Most Powerful Women" list issued by Forbes in both 2014 and 2015. Erdoes is now the CEO of JPMorgan Asset Management. In 2014, her division logged its 23rd consecutive quarter of increased assets, setting a record high in the asset management industry. She manages more than $2.4 trillion in client assets and has grown her division's revenue significantly.

Erdoes also had an active role with JPMorgan Asset Management Reentry Program, which targeted talented women who once worked in financial services, but left the industry to raise a family. Due to the big success of the Reentry Program, other parties have begun similar programs.

Byrne's name has made it into several well-deserved "Most Powerful Women" lists. She is no stranger to the banking world; Byrne has been in the industry for almost 40 years, setting the bar high for women in finance. The majority of her career was spent at Lehman Brothers, where she became the first ever female vice chairman. Byrne now works as a vice chairman in investment banking at Barclays. During her eight years at the firm, she has launched Barclays "Women in Leadership" index, enabling investors to support companies with female chief executives and/or boards with at least 25% women.

Byrne also invested in an indie film called "Equity," a movie revolving around powerful women on Wall Street. Byrne explained her reason to invest was because it was a film surrounded by women – not only about women, but also produced by women. Byrne is a huge advocate and supporter of rising women at Barclays, often bringing her female staff members to client presentations and meetings. "I work with women on my team and then say 'over to you' in the session," Byrne tells American Banker Magazine. "Into the deep water they go, and they always swim. Confidence is born."

3. Janet Yellen, Chair of the Board of Governors, U.S. Federal Reserve System

When Janet Yellen became the first woman to become chair of the Federal Reserve Board it was a pivotal change for women in the banking industry. Yellen was nominated in 2013 by President Obama as board chair. Yellen previously served as a vice chair. She earned her bachelor's degree at Brown University in 1967, then continued her education at Yale where she received her Ph.D. in 1971. Yellen maintains diversity in her career by periodically teaching at prestigious colleges.

Lagarde has never let her gender affect her future goals and accomplishments. She has proven herself as a pioneer for women in the world of banking and finance. Lagarde was born in Paris and attended school in the U.S. at Holton Arms School in Bethesda, Md.. She further pursued her education in law after graduating from Paris West University Nanterre La Défense, later obtaining a master's degree from the Political Science Institute in Aix En Provence.

Lagarde reached success at a young age from her excellent performance on the French synchronized swim team. Lagarde has become extremely successful at her law career in the fields of anti-trust and labor law. She served as a partner with the international law firm of Baker & McKenzie, where the partnership elected her as the first female chair in October 1999. She held that position at the firm until June 2005 when she was named to her ministerial post in France. Lagarde is the first woman ever to lead the International Monetary Fund. Lagarde's efforts to save the Euro have given her the experience of going head-to-head with some of the world's most powerful countries.

Women continue to make a name for themselves, especially in the finance industry. In honor of women like these, consider taking some time today and throughout the rest of Women's History Month to reflect on the accomplishments of these monumental figures.

Related: Inspiring quotes from women who were fearless leaders

4 formidable women in finance
Up Next

While you're at it, become formidable in your own financial world, You can monitor your financial goals (like building good credit) for free on Credit.com.

More from Credit.com
How to Get a Credit Card With Fair Credit
The Best Cash-Back Credit Cards in America
What's a FICO Score Exactly?