Spectacular northern lights display lights up the sky in the UK 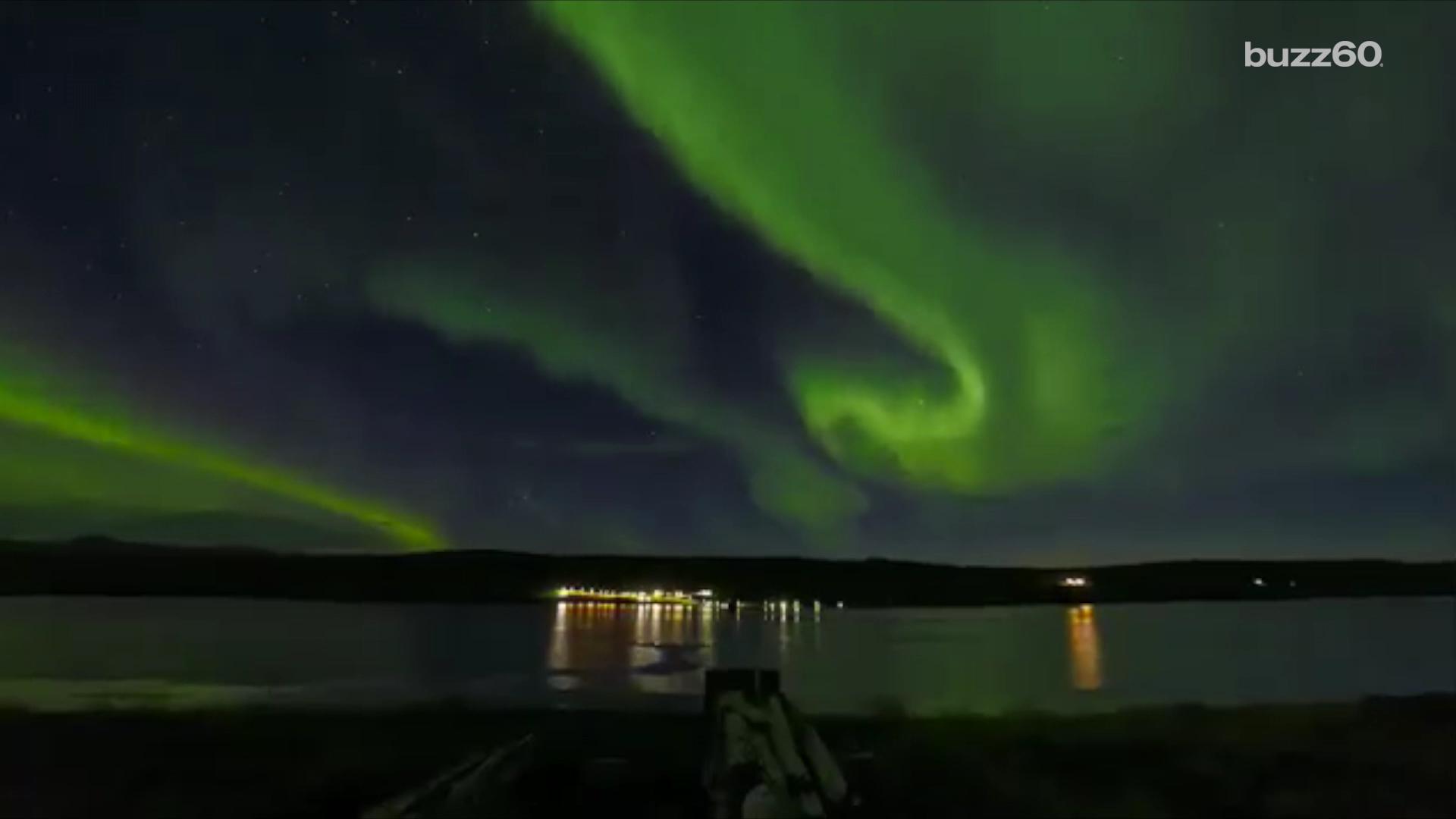 Reykjavik, Iceland is regarded as one of the best spots to watch the aurora borealis, or the northern lights, world wide. But thanks to an unusual sequence of events, people across the UK were able to see the spectacular display.

SEE ALSO: 35 photos of solar eclipses that will blow your mind

Typically in the United Kingdom, the northern lights can only be seen in Scotland and Northern Ireland, but on Sunday people in southern cities near London could witness and document the brilliant lights.

You can thank solar winds for creating the majestic display. The natural light display in the sky is caused when electrically charged particles are pushed together by solar winds. The bright light and spectacular colors are cause by atmospheric gases.

Perfect conditions allowed for the lights to be seen in various locations across the United Kingdom and many took the opportunity to post images of the lights on social media.

This was taken near the end of the highlight of tonight's show. As i decided to do stills first.

Posted by Irishmanlost on Sunday, March 6, 2016

See stunning photos of the northern lights below:

Spectacular northern lights display lights up the sky in the UK
A picture taken late on March 7, 2012 of northern lights in Abisko, Swedish Lapland. The strongest space weather storm in five years struck Earth on March 8, 2012 causing some airlines to reroute their flights, threatening power disruptions and sparking a show of the northern lights. NASA and other agencies warned that the storm had the potential to disrupt global positioning systems, satellites and power grids, and had already caused some air carriers to change their planes' polar flight paths. However, the Earth's magnetic field appeared to be absorbing the brunt of the shock and it was unlikely to reach the most severe levels, US experts said. AFP PHOTO / FRANCOIS CAMPREDON (Photo credit should read FRANCOIS CAMPREDON/AFP/Getty Images)
This picture taken overnight on March 17, 2013 shows the Aurora borealis, or northern lights, seen in Tallinn. AFP Photo Raigo Pajula ESTONIA OUT (Photo credit should read RAIGO PAJULA/AFP/Getty Images)
LAPLAND, FINLAND - FEBRUARY 2011. EXCLUSIVE: Aurora Borealis (Northern Lights) in February 2011 in Lapland, Finland. For most people the famous Northern Lights - the shimmering green glow which illuminates the poles - represents nature at her most dazzling. However, one photographer¿s obsession with the naturally occurring phenomenon goes much deeper than just what can be seen in the night sky. Andy Keen, 44, has spent the last three years chasing the Aurora Borealis with his camera, and admits to having fallen completely under its spell. At the age of 21, Andy awoke one morning to find he was completely paralysed and only able to shout. 'Because of what I have been through, the Northern Lights hold great significance for me,' Andy explained. Along with his company, Aurora Hunters Ltd, Andy is currently working with young people to promote nature, wildlife conservation and the environment. (Photo by Andy Keen / Barcroft Media / Getty Images)
SNAEFELLSNES, ICELAND - FEBRUARY 18: EXCLUSIVE. The Aurora Borealis over Fjord Grundarfjorour on February 18, 2011 in Snaefellsnes, Iceland. These incredible aurora images may fool you into thinking they were taken in broad daylight. Kerstin Langenberger spent 300 hours chasing The Aurora Borealis by full moon to capture this rarely seen set of images. They show how the mystically beautiful landscape of the untouched UNESCO World Heritage Site of Thingvellir National Park was cloaked in a multicoloured explosion of light. The curtains of green and purple light make the brightly lit snow capped mountains and crystal clear lakes look like they are part of an alien world, haunted by ghostly mirages. Aurora's are caused by charged particles being blasted through space from the sun. These are attracted to the Earth's magnetic field at the North and South poles. The energy released by the particles striking the atmosphere of the Earth at about 150 km above the surface of our planet causes the jaw-dropping displays of light. (Photo by Kerstin Langenberger / Barcroft Media / Getty Images)
[UNVERIFIED CONTENT] FAIRBANKS, AK - FEBRUARY 19: The green lights of an aurora borealis (the 'northern lights') is visible on February 19, 2013 near Cleary Summit just north of Fairbanks, Alaska. The Aurora forecast of the Geophysical Institute of the University of Alaska had classified this night as a 1 on a scale of 0 to 9 ('quiet').
[UNVERIFIED CONTENT] Green and purple northern lights over mountains of King Oscar Fjord in North East Greenland. The mountains dwarf the icebergs and the sea is illuminated by moonlight.
The third most-powerful solar flare ever observed in X-ray wavelengths erupted from Sunspot 486 early October 28, 2003, at approximately 6 a.m. Eastern Standard Time. A coronal mass ejection (CME) directed almost straight at Earth preceded the flare, sending electrically charged gas toward our planet, say NASA and European Space Agency (ESA) scientist. The flare sent X-rays traveling at the speed of light toward Earth. The X-rays caused a radio storm in the ionosphere during the morning and early afternoon of October 28, 2003, according to NOAA's Space Environment Center (SEC). The CME will not arrive at Earth until approximately noon Wednesday October 29, 2003. (Photo by NASA/WireImage) *** Local Caption ***
Up Next