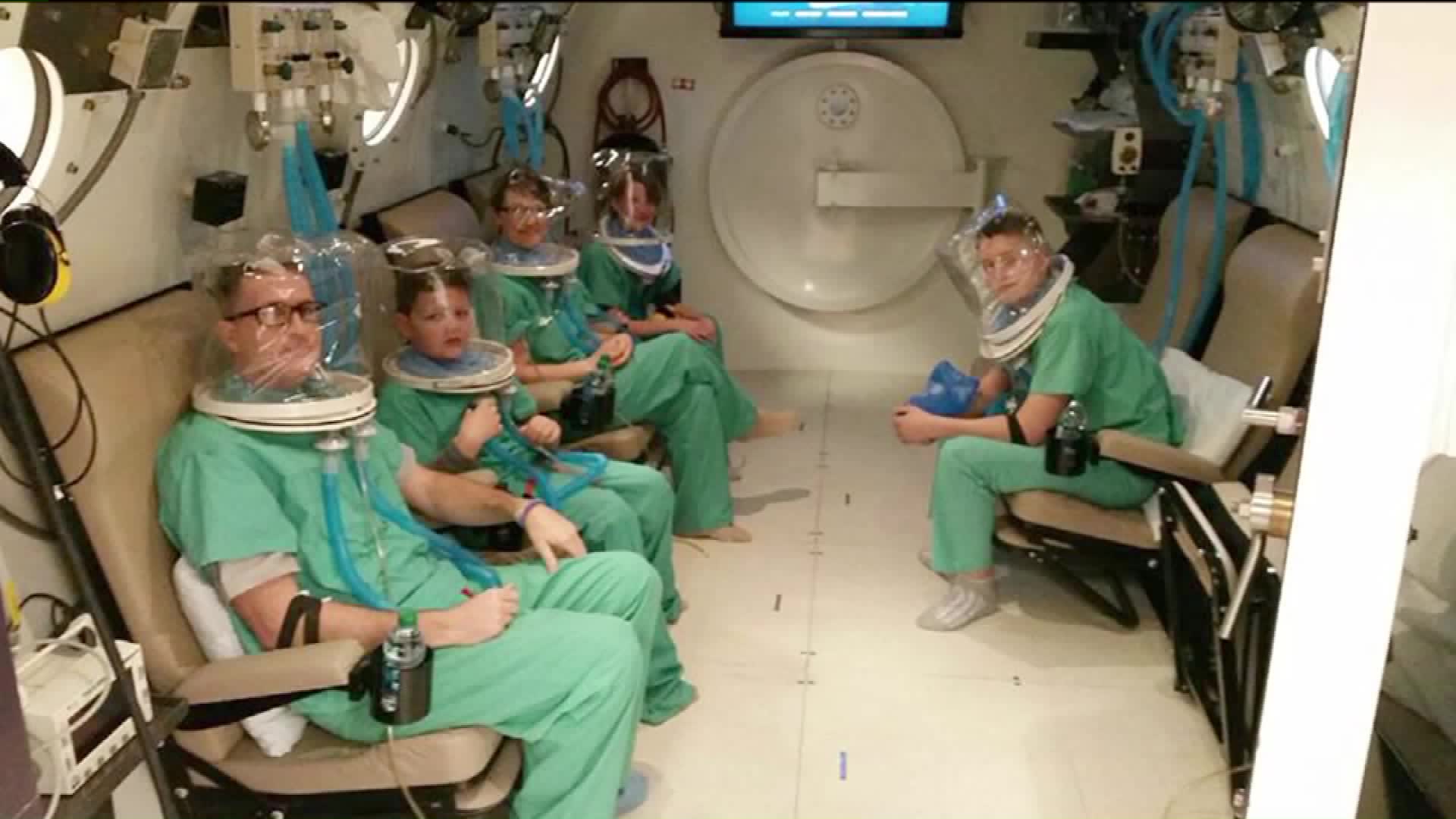 MANTI, Utah (KSTU) -- A Manti family is sharing their story after they were almost slowly poisoned to death right inside their home, and they didn't know something was wrong until it was almost too late.

"It really is a reality of how scary that is and how it happens," KariLyn Cox said.

SEE ALSO: Man writes beautiful post to child who will get his brother's donated heart

Cox, a mother of 3, and her husband Dallas said carbon monoxide silently filled their home and nearly suffocated the family. They said it started when one of their sons started feeling sick one night in February.

He got up around 4:30 a.m. and started dry heaving, and KariLyn said after that he ended up passing out. Two hours later, the couple and their other two children began to feel sick as well.

"It just felt like this really bad migraine," KariLyn said, adding that her mind felt foggy and she had a hard time concentrating and moving.

Dallas said at first he thought they might be ill from something more run-of-the-mill.

They chalked it up to the everyone contracting the same bug, and the family decided everyone should stay home and rest. But the Cox's had no idea the air in their home was slowly filling their bodies with a deadly poison.

Dallas called his brother, who recognized the strange symptoms as carbon monoxide poisoning. He urged them to flee the home.

KariLyn said she didn't feel a sense of urgency either.

"No, we're not in emergency mode," she said of their decision not to leave at that point.

But their conditions continued to spiral, to the point where KariLyn said she had to crawl to get upstairs.

Finally, Dallas said he began to open some windows, and they felt a little relief.

He began to believe his brother, and at that point he forced the family to leave.

By that time, they had to go to the hospital. Each family member got tested for carbon monoxide in their blood.

"They came back and said, 'A healthy level of CO in your blood is like 3 percent.'" Dallas explained. "Our oldest boy, he was at 25.5 percent."

The five spent hours in a hyperbaric chamber in the hospital, wearing special suits that pumped oxygen into their bodies.

In all, KariLyn said they underwent three separate treatments in the chamber, with the first lasting upwards of four hours.

Then, they were told to rest and stay away from too much activity.

Everyone made a full recovery. They're thankful they didn't stay home and instead heeded the advice of Dallas' brother.

The couple still can't believe this happened to them. KariLyn said it hit her when her mom came to visit the family.

"She just came in and looked at me, and... we just kind of both started crying and I thought, 'Wow... this is pretty crazy,'" she said.

Dallas and KariLyn said while they still aren't sure what exactly caused their house to fill with carbon monoxide, they were told their boiler could have been the culprit.

The family did have carbon monoxide monitors installed, but later found out they had expired.

The Salt Lake City Fire Department said it's important to install carbon monoxide monitors in your home, and it's just as important to pay attention to the expiration date.

Spokesperson Jasen Asay said many have a shelf life of seven to 10 years.

He said one should be installed on each floor of the home, and they should be placed near bedrooms.