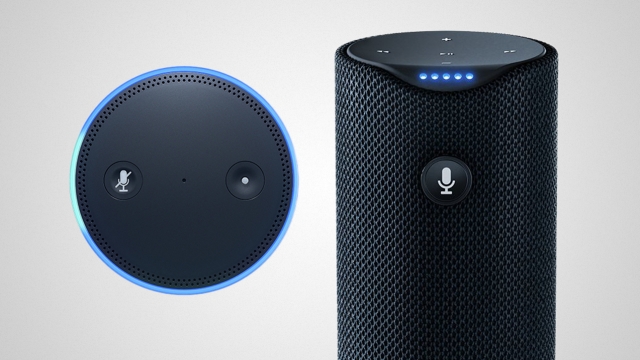 If you're new to Amazon Echo -- hey! Welcome. Amazon Echo fans can be a fanatical bunch when it comes to the part-speaker, part-smart home device. We'll teach you the secret handshake later.

But jokes aside, we've gotten our hands on a lot of smart home gadgets over the years, and the Echo is among the most fun, easiest and intuitive to use. After all, Mashable named it the best tech product of 2015 for good reason. The company also recently announced a smaller, more portable-sized version called the Amazon Tap ($129, or $50 less than the standard-sized Echo) that does virtually all of the same things.

Whether it's with the Amazon Echo or Tap, you'll soon grow accustomed to using the device's voice assistant, Alexa, to read you the news or Kindle books, turn on the lights, play your favorite Spotify playlist and order an Uber ride or a Domino's pizza. Alexa is like Siri, but she makes things happen.

Of course, Amazon Echo is far from perfect -- there are moments Alexa won't understand what you're asking, and you'll have to repeat your request a half dozen times. Kinks in the network connection will inevitably leave you frustrated, too; you'll ask Alexa to turn on the lights, waiting in a dark room until the issue works itself out, and realize you should have just gotten off of the couch to switch them on yourself.

But there's a lot to love about the Amazon Echo, and its best parts are solidified by the products and services that go along with it. Sure, it's an entertaining toy on its own -- "Alexa, tell me the local movie theater showtimes" -- but it becomes truly impactful when it simplifies your life at home. These possibilities come by way of Amazon's partnerships, whether you're asking Alexa to dim your Philips Hue smart lights or requesting an Uber ride.

While Amazon is adding more partners on what seems like a weekly basis -- and Nest is next -- here's a look at what you can do and buy to go along with the Echo and Tap now.

Amazon Echo is compatible with many light bulbs and switches so you can adjust lighting without ever lifting a finger. Beyond voice control, you can use the Amazon Alexa app to control the lighting via a smartphone or tablet, too. However, some of the Echo-compatible products require a hub -- an easy addition but an extra purchase.

If you want lights that work with Amazon Echo, here's what to choose from:

Philips Hue Starter Kit (white and color light) ($199): While this is a pricier option, the Philips Hue Starter Kit has everything you need: It comes with three smart bulbs and a "bridge" that syncs with your Wi-Fi. The LED bulbs are fun, too -- you can play around with colors to your heart's content. Another perk is flexibility: The starter kit works with Siri and Apple HomeKit, so if you're ever over the Echo, you can still get a voice control fix by talking directly to your iOS device.

If you're already have a Philips Hue system set up -- or if you want to bypass traditional lights and go for something a little different -- the Philips Lighting Bloom light ($59.99) and the Hue Lightstrip ($29.99) will add new flavor to your lights.

LifX lightbulbs ($59.99): There's no hub when you get the LifX bulbs (unlike the Philips Hue smart lightbulbs), but the high price for each light will surely run up a tab. However, this is a good starter option for those who don't want to invest in the full Philips Hue kit and want to get their feet wet with just a bulb or two.

Insteon Starter Kit ($100): This kit comes with the Insteon Hub and two dimmer modules, but it also works with other smart gadgets like the Nest thermostat and various third-party light bulbs, ceiling fans and even pool pumps. Apple Watch users can also control smart gadgets in the house remotely via their wrist when Alexa might be out of earshot.

Web-connected outlets aren't very sexy, but the can unleash some great conveniences. For example, by plugging in Christmas lights to a smart outlet, you can tell Alexa to turn on the tree without needing to get on all fours to do so. Other use cases for the outlet include plugging in a fan or space heater, a coffee machine or curling iron, so (for example) you'll never have to worry if you left something on when you're out for the day.

Others (with a hub): There's a whole collection of hub-dependent smart outlets that work with Amazon Echo, including the iHome Control Smart Plug ($34) -- which is also compatible with Apple HomeKit (with Siri) and Nest -- the Samsung SmartThings Outlet ($49.99) and the Insteon Outdoor outlet ($43), which can handle rain and snow (i.e. this will let you use Alexa to shut off the Christmas lights outside too).

The Nest Learning Thermostat may be the darling of the smart home world, and ecobee3 Smarter Wi-Fi Thermostat ($243.95): The ecobee3 learns you user habits, senses when you're not in the room (and adjusts the temperature to save on energy costs) and works with Apple HomeKit, too.

For a look at all Amazon Echo-compatible products, click here.

There are a ton ways to get a lot out of your Amazon Echo, too. Here are a few of our favorite integrations:

Search: Ask for movie theater showtimes, local restaurant recommendations from Yelp, traffic updates, sports scores or a reminder for what's on your Google calendar for the day. You can also get news updates from NPR Business, Fox Sports Radio, TMZ, The Economist and ESPN via TuneIn, or answers to common questions that can be found on Wikipedia.

Storytime: Alexa will read your Kindle books or audiobooks from Audible aloud.

Shopping: Need to reorder shampoo? Since your Amazon Prime account is already synced with Amazon Echo, Alexa will restock what you need by looking at previously purchased items in your shopping history

Music: Amazon has new partnerships with Spotify Premium, Pandora, TuneIn and iHeartRadio, so the device can pull in streams from those services to its speaker. If you're not a subscriber to any of those platforms, Alexa can play you music from Prime Music and what's saved to your Amazon Music Library -- a feature that's included in your Prime membership.

Use Amazon's 'Third-Party Skills': Amazon launched its Alexa Skills Kit (ASK) in summer 2015 to allow developers to build integrations into the system. So far, we've seen partnerships from Uber, Domino's, StubHub and Fidelity, among others. More partnerships are certainly in the works.

READ MORE: Amazon Echo review: This is what the smart home should feel like

See more of Amazon's products below: