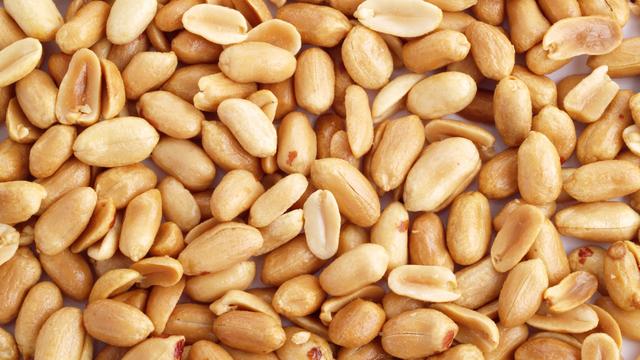 Eating peanuts as a snack could help reduce the risk of obesity in children,according to researchers at the University of Houston, Baylor College of Medicine and Texas Woman's University.

The results of the 12-week study found that Hispanic children in middle school who frequently ate snacks of peanuts or peanut butter underwent a significant reduction in their Body Mass Index, or BMI.

Each of the 257 children involved in the research were part of a program promoting physical activity and nutrition. Half of the participants received the snacks three to four times per week, while the other half received them less than once per week.


According to a summary of the findings, "...students who received the snack more regularly experienced a decrease in their overall BMI...compared to those who did not receive the regular peanut snack...The researchers conclude that afterschool programs and schools can replace energy dense, unhealthy snacks with peanuts to provide a healthier alternative for children....Peanuts were chosen because nuts are nutrient-dense snacks that promote a feeling of being full."
Read Full Story

Amazon's Black Friday deals are epic: Score Apple, Bose, Sony and more for up to 60 p…