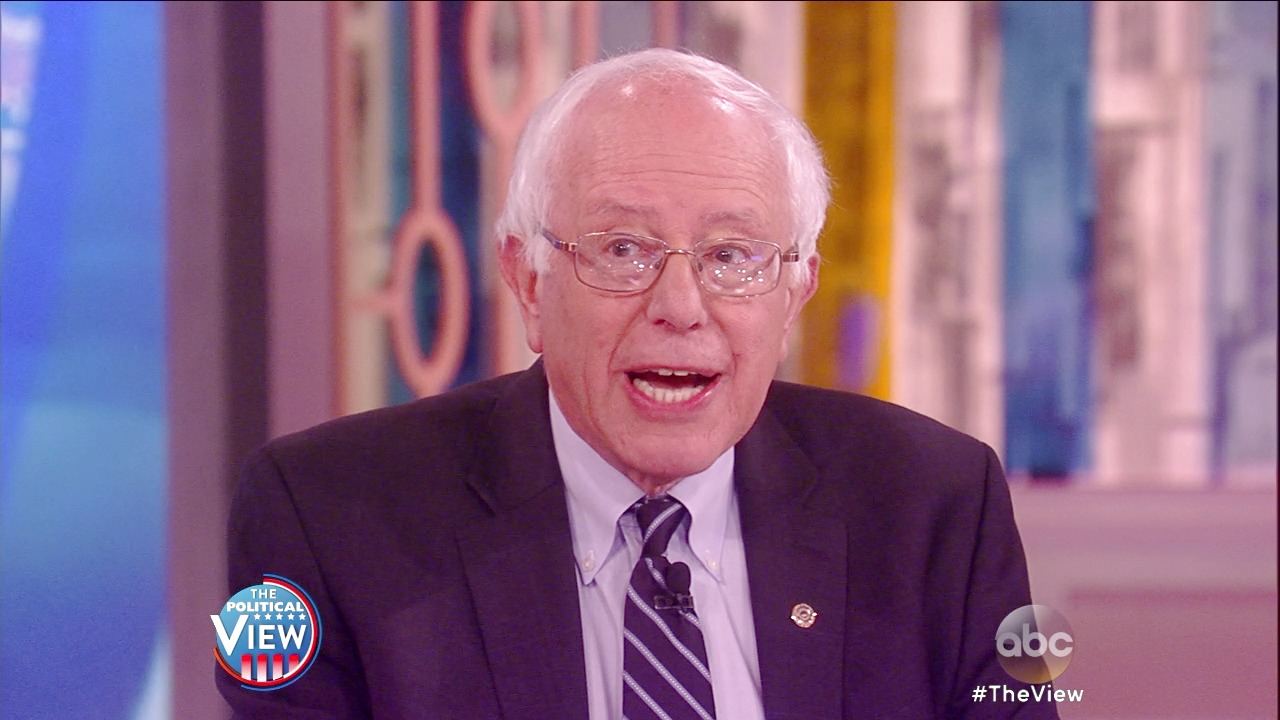 "There was a major reason to come back. Last year was a different show, and the people who are in charge this year wanted it to be more political and sharper, just smart. So I said, 'All right, I'm in.' And why not? There are very few jobs like this."

That's how Joy Behar explains her return to ABC's daytime talk show "The View." She walked away for two seasons and thought she was done for good, but the lure of the show's open forum and the 2016 election proved too strong.

"By the time I left, I had had enough," the 73-year-old comedian told Business Insider. "But then I took off two years and wrote a solo show that I performed Off-Broadway, and I started to get into writing and more creative endeavors, and then this came back. It came back just in the nick of this election and it was an offer I couldn't refuse."

Just renewed for a 20th season, the show has reached back to its roots this season, reinvigorating the political commentary during its "Hot Topics" segment and bringing on notable presidential hopefuls from Donald Trump to Bernie Sanders in unusually conversational, off-the-cuff interviews.

In a year in which the female vote could prove decisive for several reasons — among them Hillary's historic attempt to become the first female president, all while struggling to attract young female voters, and Democrats' opportunity to steal away moderate female voters turned off by Republicans' stance on abortion rights — "The View" has positioned itself as a leading forum.

After a turbulent 2015, the election has helped lift ratings for "The View," especially in the key demographic of women ages 25-45. It's also inspired Donald Trump and Carly Fiorina to take shots at the primarily-liberal, all-female hosts. Fiorina accused them of sexist double standards, while Trump, after being criticized by the show, tweeted his assessment: "Whoopi Goldberg is terrible. Very sad!"

But for "The View," this is all good news.

"When you talk to longtime 'View' fans, what you hear most was the heyday for a lot of people was the 2008 election," co-executive producer Brian Teta told BI. "That was kind of a momentous time in 'The View's' history. I think what's happening now is hearkening back to that a little bit."

Here's how "The View" has made itself a central part of the political conversation:

"The View" needed a reboot.

"The View" survived one of its most tumultuous seasons in 2015. Whoopi Goldberg was the last one standing after Rosie O'Donnell, Rosie Perez, and Nicole Wallace left the show. It had also ceded ratings ground to "The Talk," when for the first time ever the younger CBS all-female talk show beat the ABC show in total viewers.

Launched in 1997 by Barbara Walters and TV producer Bill Geddie, "The View" in early episodes featured an opening voiceover from Walters explaining that the show was meant to bring together "women of different generations, backgrounds, and views," who would discuss everything from home life to relationships, entertainment, and politics.

"Our goals coming in this season were actually bringing 'The View' back to its original intention," Candi Carter, who was just named the show's first black executive producer, told BI. "And a piece of that is politics. This show has always done politics."

"I think 'The View' has an identity dealing with political issues," Paley Center for Media curator Ron Simon said. "If you're interested in what might have happened and want to hear of some other points of view, then 'The View' is perfect for you. I mean it does have its own voice and quality."

"The View" has more competition than ever — but it's doubling down.

Not even 10 blocks south of the ABC Studios in New York City, there's another small group of women sharing their thoughts with millions of viewers, on CBS's "The Talk."

Created by former "Roseanne" star Sara Gilbert in 2010, "The Talk" sought to also bring together women to talk about the day's headlines, pop culture, and life experience, but with differences. One of those? No politics.

"That was the original idea and we said let's never discuss politics," co-host Julie Chen told Business Insider. "At that time, 'The View' was very strong. Nobody did it better than them, right? All the newsmakers who were running for office and trying to get a pop, that was a must on their campaign stop. So we thought, we're not going to try and compete with a group who have been doing it forever and do it so well."

In the five years it took "The Walk" to catch up with "The View's" ratings, and with the start of the 2016 election cycle, Chen said producers never considered rolling back its ban on politics.

"We continued to keep politics off the table, because it worked for us," she said. "The main thing is once you discuss politics, you will divide the country. You will have half the nation cheering you on for your thoughts, your opinion. And the other half will think you are the most ignorant person because you don't see eye-to-eye with them."

In response to that, Carter said, "When you bring politics into it, it just adds another level. I'm not saying 'The Talk' is fluff. They do very hard-hitting issues, too, but I'm just saying that politics is an area that sometimes a lot of people just don't have the time to keep up with. But when you turn on 'The View,' if you can hear these women talking about it, explaining things, talking to the candidates, you learn something."

Behar, for one, doesn't mind being polarizing.

"I don't know about the rest of them, but it doesn't bother me," she said. "It's part of my job. The show is called 'The View,' and that's what I was hired to do and that's what I do. I'm sure I would have had a more lucrative career if I had stayed in the middle of the road somewhere, but it's not my personality."

Why politicians know they need to be on "The View."

"It's been interesting to watch when some of these candidates have been on and they've really taken them to task," Carter pointed out. "People care about it, and it gets big pickup, and that's what we've been seeing."

"The View" frequently generates headlines for polarizing takes on the latest election curveball or a candidate's statement. Hosts recently referred to Trump as a "dictator." And Behar was under attack when she said she would vote for a Democratic candidate regardless of their personal faults.

"The evangelicals are now interested in Trump," Behar defended herself. "They're interested in Trump not because he is so pure and Christian — and he's also been divorced and what have you and that goes against their religion in some ways and their philosophy — but they perceive that he'll vote in their interest, and that's the way people should vote, without taking umbrage and making it personal. It's not personal to me."

"It's adventurous. It goes against the grain," Simon said. "Politics can be polarizing. You can end up with the shouting matches. But I think 'The View' is doing something different. It is an interesting conversation. Sometimes it gets pointed. Other times, it feels comfortable — more like a conversation in your living room than a shouting match on cable television. I think that's to 'The View's' credit."

And as we've seen in the bouts between Sanders and Hillary Clinton, women have become a battleground group that candidates are focusing on.

"Women are crucial in this election, and this show has a substantial viewership," Simon said. "And that's why [the candidates] appear. I'm sure they monitor what 'The View' says about them, as well."

After its troubled 18th season, many wondered if "The View" shouldn't just pack its bags. But in taking full advantage of the election, its ratings have been climbing.

"The View" beat its 2015 November Sweep numbers, which help to determine how much to charge for advertising. It has actually beat itself year-over-year for the first seven weeks of 2016.

But for Behar, the job isn't about the ratings.

"I don't pay attention," she told us of the numbers. "I hope that we have empowered women to speak their mind. We're always encouraging women to make sure that they vote and make sure that you stand up for yourself."

SEE ALSO: Samantha Bee has a fascinating theory for why Donald Trump is winning the Republican race

SEE ALSO: What happens behind the scenes of CBS daytime talk show 'The Talk' from start to finish