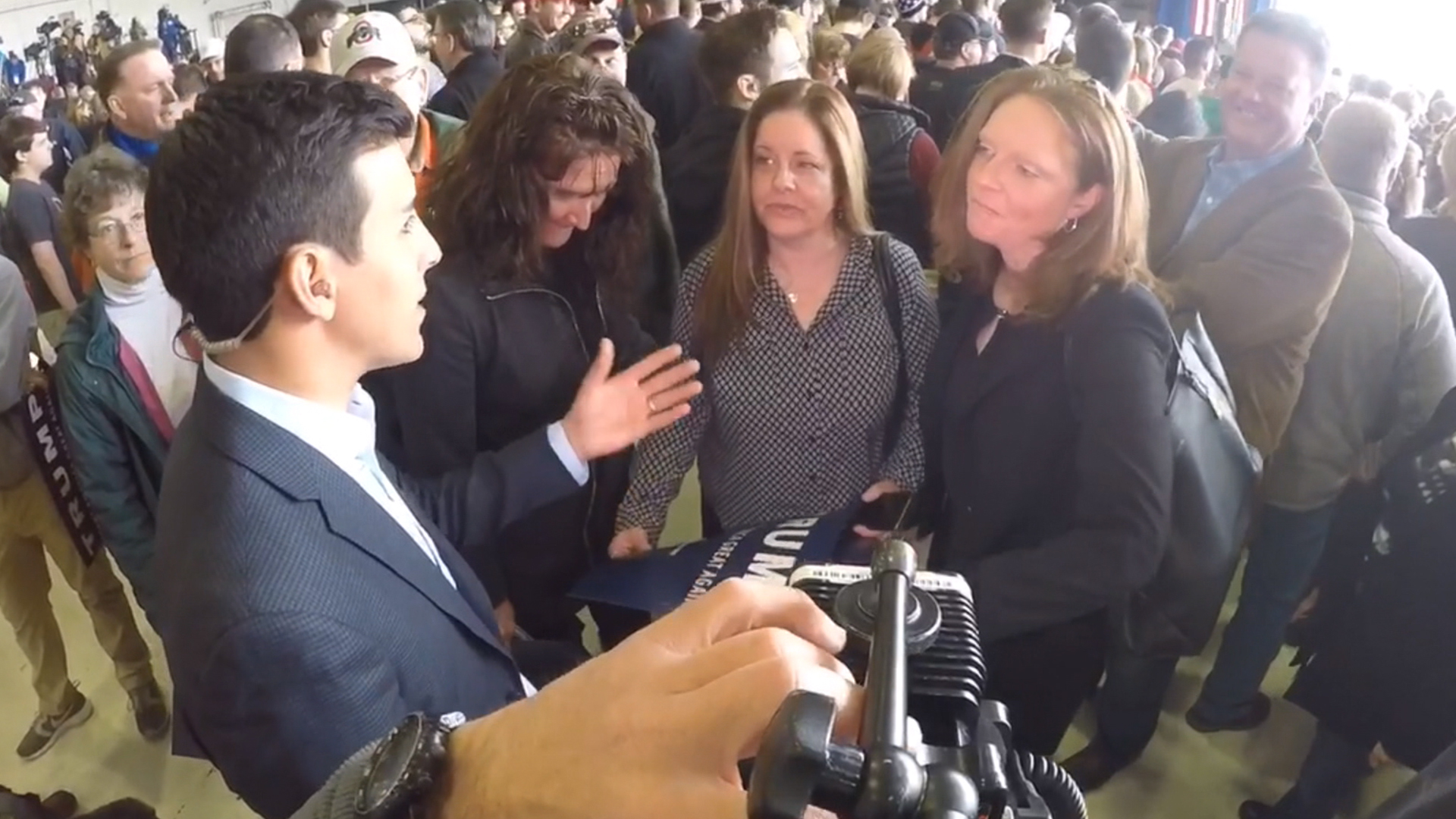 HOLLAND, Ohio (Reuters) -- "Joe the Plumber," the Ohio workingman who came to symbolize U.S. taxpayer frustration in the 2008 presidential election, is still angry. And like many angry voters, he likes insurgent Republican presidential candidate Donald Trump — in part because the New York billionaire dated attractive women.

"He's a winner. He's made billions. He's dated beautiful women. His wife is a model. That's not to sniff at. And a lot of people believe he can bring that kind of success to the White House," said Samuel Joseph Wurzelbacher, 42, who shot to prominence during the 2008 campaign after then-Republican nominee John McCain seized on a confrontation Wurzelbacher had with then-Democratic candidate Barack Obama.

Sitting in his Ohio house, a Ruger handgun on a table next to him, Wurzelbacher told Reuters he has yet to decide who to support but he likes the caustic Trump, a real-estate developer and former reality TV show host, and is unhappy with the Republican Party establishment lining up against him.

He also likes Ted Cruz, the conservative U.S. senator from Texas. He is scathing about Marco Rubio, the senator from Florida and the favorite of the Republican establishment to challenge Trump. And he dislikes John Kasich, the Ohio governor who narrowly trails Trump in his home state with less than two weeks until Ohio's primary on March 15.

Trump, 69, is the front-runner in the race for the Republican nomination for the Nov. 8 election, but party leaders worry policies that include building a wall on the U.S.-Mexican border and temporarily banning Muslims from entering the United States will turn off voters and upset U.S. allies.

As a conservative, Wurzelbacher says he is willing to overlook Trump's previous heresies on issues such as gun control, abortion, gay marriage and even his past donations to Hillary Clinton, the Democratic presidential front-runner. The Obama administration, he says, is a miserable failure.

In the 2008 campaign, Wurzelbacher made headlines when he asked Obama about his small business tax policy. During a videotaped exchange, Obama answered in part by saying, "when you spread the wealth around, it's good for everybody." Wurzelbacher had told Obama he was interested in buying a plumbing business.

Two days later McCain, Obama's opponent, cited "Joe the Plumber" as the quintessential American everyman who had exposed Obama as having what McCain called a socialist, wealth-distributing economic world view. It mattered little that Wurzelbacher did not have a plumbing license or that "Joe" wasn't his first name.

Today, he is highly critical of Senator McCain, deriding his opposition to Trump as corrupt.

"They are not opposing Trump for the American people. They are doing it for their party, and I don't like that. It's control, power, greed. Trump scares them."

Wurzelbacher, who had assailed unions along with Obama's decision to use taxpayer money to rescue the car manufacturers Chrysler and General Motors from bankruptcy in 2009, drew much criticism when it emerged that he took a job at a Chrysler plant in Toledo, Ohio, in 2014 - and joined a local union to get it.

"They are not opposing Trump for the American people. They are doing it for their party, and I don't like that. It's control, power, greed. Trump scares them." 'Joe the Plumber'

"That was an experiment," Wurzelbacher said. He said he never intended to work at Chrysler full-time. He wanted to see inside a union factory so he could write about it, he said. He worked on the paint line for three months, and then left.

He ran for the U.S. House of Representatives in 2012, winning the Republican primary for Ohio's 9th congressional district but lost to Democratic Marcy Kaptur by a landslide.

Wurzelbacher says his life has settled down since the madness of 2008. He got married five years ago. He has a three-year-old daughter and one-year-old son, and a 20-year-old son living in Kentucky. He now spends his time running two websites, JoeforAmerica.com, and one his wife inspired, livingloving.com.

But he is disgusted by much of the debate in America.

"Political correctness is a huge issue. People are afraid to speak their minds. They are afraid of being labeled a racist or a homophobe."