Republicans in tailspin, group forms to draft Ryan for US president 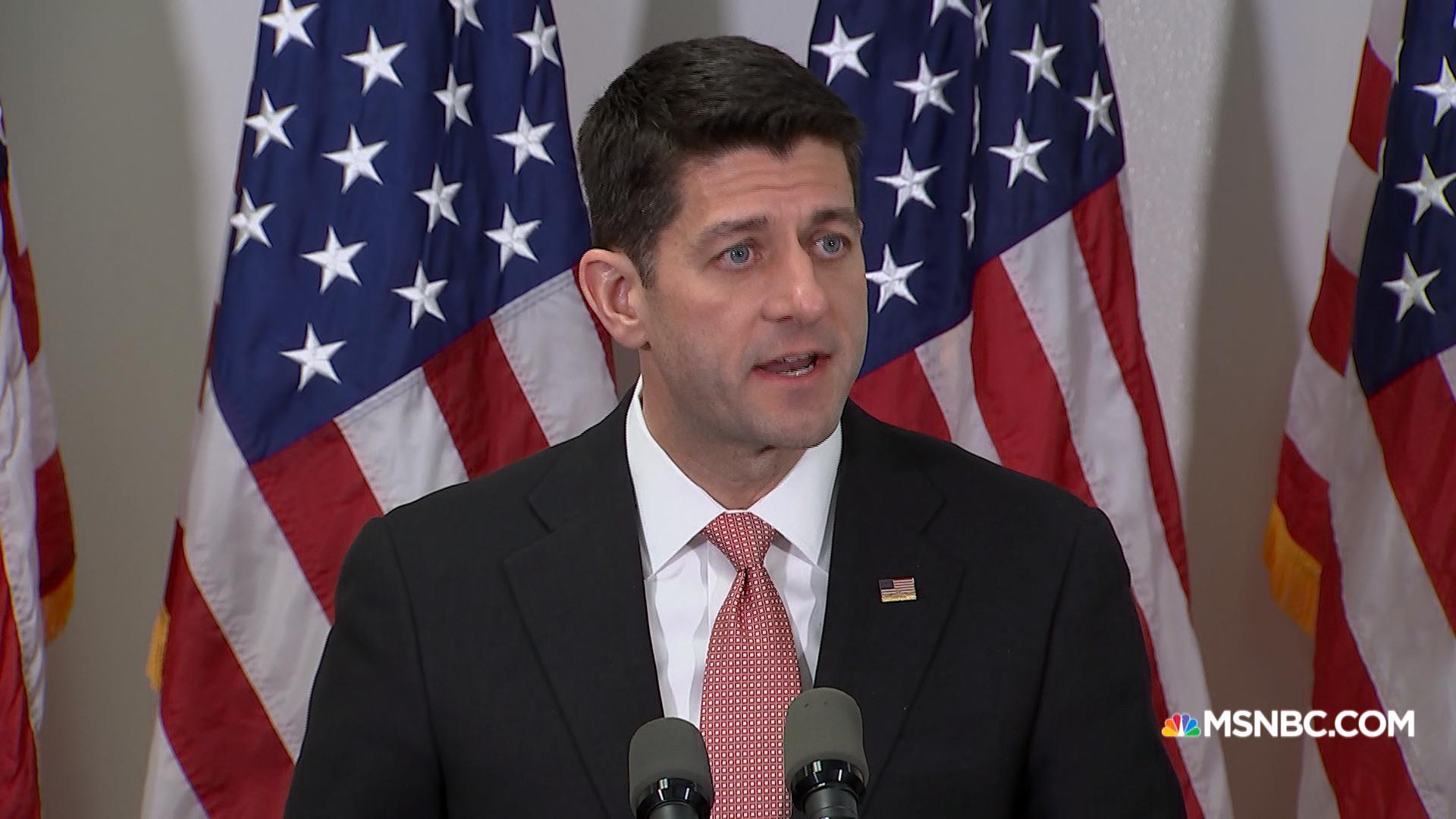 WASHINGTON, March 4 (Reuters) - With U.S. Republicans sharply split over a front-runner they cannot unite behind, a new group is trying to push the country's top elected Republican, Paul Ryan, into the White House race.

The Committee to Draft Speaker Ryan filed papers as a Super PAC with the Federal Election Commission on Thursday, adding to the groups of mainstream Republican leaders and donors with a shared goal: stopping Trump.

Ryan, the House of Representatives speaker who spoke out against Trump for not quickly rejecting white supremacist support, did not appear ready to take on the role.

"He is flattered, but not interested," Ryan spokeswoman AshLee Strong said in an email on Friday.

See Paul Ryan through the years:

Politico first reported the formation of the draft-Ryan PAC.

Mitt Romney, the Republicans' losing presidential candidate in 2012, also said he was not interested.

"There are no circumstances I can foresee where that would possibly happen," Romney said on NBC's "Today" show on Friday, a day after he excoriated Trump as a fraud ill-equipped for the White House.

The Republican Party may need more than a hero as it grapples with its deepest divisions in decades.

Those splits were on display again on Thursday night as Trump took on his two closest challengers, U.S. Senators Marco Rubio and Ted Cruz of Texas, in a debate marked by the yelling, name-calling and vulgarity that has tainted the 2016 Republican race.

Trump's rivals said they would support the ultimate nominee but it was clear on Friday that would be easier said than done.

"That is the quandary I'm trying to avoid the Republican Party having to face," Rubio said on CNN on Friday.

While the anti-Trump movements proliferated, some Republicans have urged party leaders to respect the will of the voters.

Trump spokesman Sam Clovis seized on that message on Friday, warning on CNN that it was dangerous for Republican leaders to "call American voters stupid" because they support Trump.

"You have record turnout in every state so far. Record turnout. That doesn't happen by accident, said Clovis, national campaign co-chairman.

Trump is "tapping into what is going on in this country like no one else has in a long, long time. I haven't seen anything like this since Ronald Reagan."

Columnist Peggy Noonan, a former Reagan speechwriter, had a different lament in the Wall Street Journal on Friday. "I think we are seeing a great political party shatter before our eyes," she said.

"But we are witnessing history. Something important is ending. It is hard to believe what replaces it will be better. No one knows where this goes. The top of the party and the bottom have split."