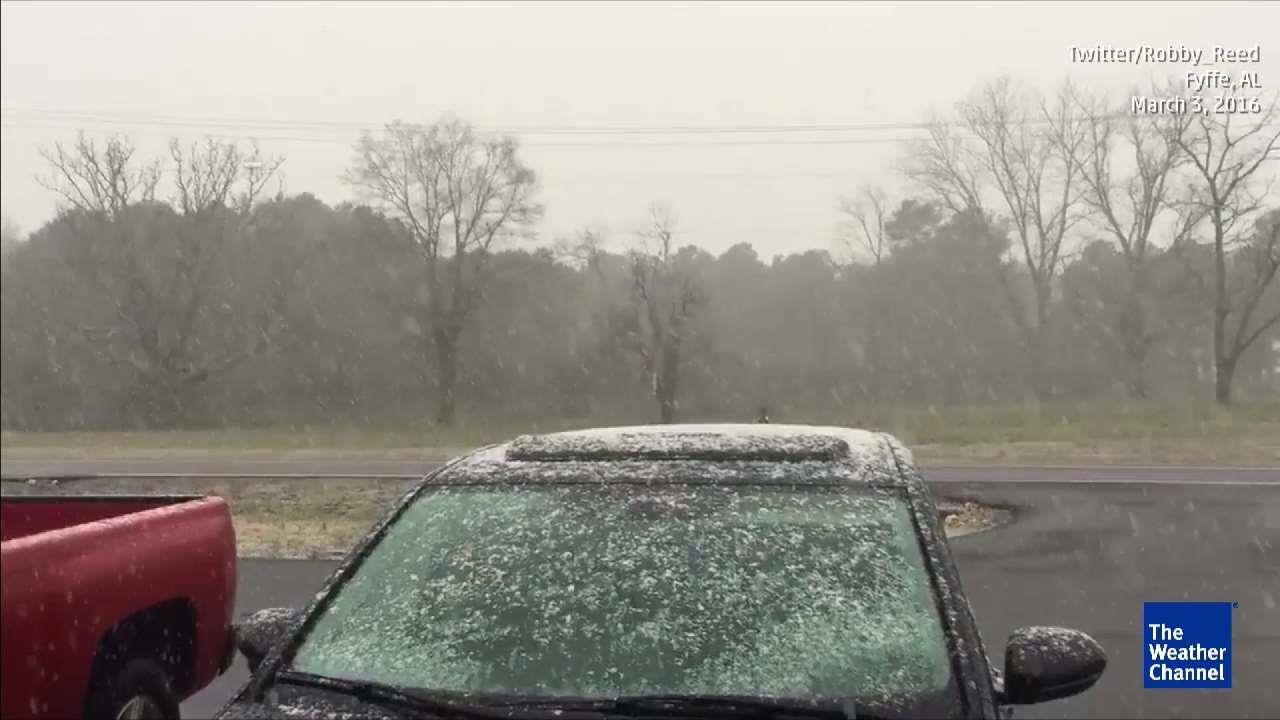 Most of the East Coast is dodging a bullet Friday from an intensifying offshore low, but snow will still lead to some issues with the Friday commute from parts of North Carolina to southern New England.

A few locations have picked up over 6 inches of snow from this system, so far, including 7 inches in Louisa, Kentucky, and 6.3 inches near the town of California, Maryland. Salisbury, Maryland, picked up 4 inches, while 2 inches of snow was reported in the city of Richmond.

Latest Radar
Blue indicates snow, while pink is a wintry mix and rain is shown in green.

The low is now intensifying off the Carolina coast, and will continue to do so as it moves farther offshore Friday. Some wind gusts are already approaching 30 mph near the coast near the coast of southeast Virginia and eastern North Carolina.

Despite rapid strengthening of the low-pressure system, its track will be too far east to throw back heavy snow onshore into the New York to Boston corridor. However, some light to moderate snow may reach parts of Cape Cod, Martha's Vineyard and Nantucket, while farther inland, little to no accumulation is expected.

Here is our latest timing and snowfall forecasts.

How Much More Snow?

Generally, up to 3 inches of additional snow is possible Friday from the Delmarva peninsula to southern New Jersey, as well as on Cape Cod, Martha's Vineyard and Nantucket.

Wind gusts up to 50 mph are possible on Nantucket Island later Friday into early Saturday, which, in combination with wet snow, could down tree limbs and trigger power outages.

An inch or less snow is expected in the Philadelphia, Long Island, and other parts of eastern Massachusetts south of downtown Boston.