'London Has Fallen' might be 'the most daftly plotted action movie of recent years,' critics say 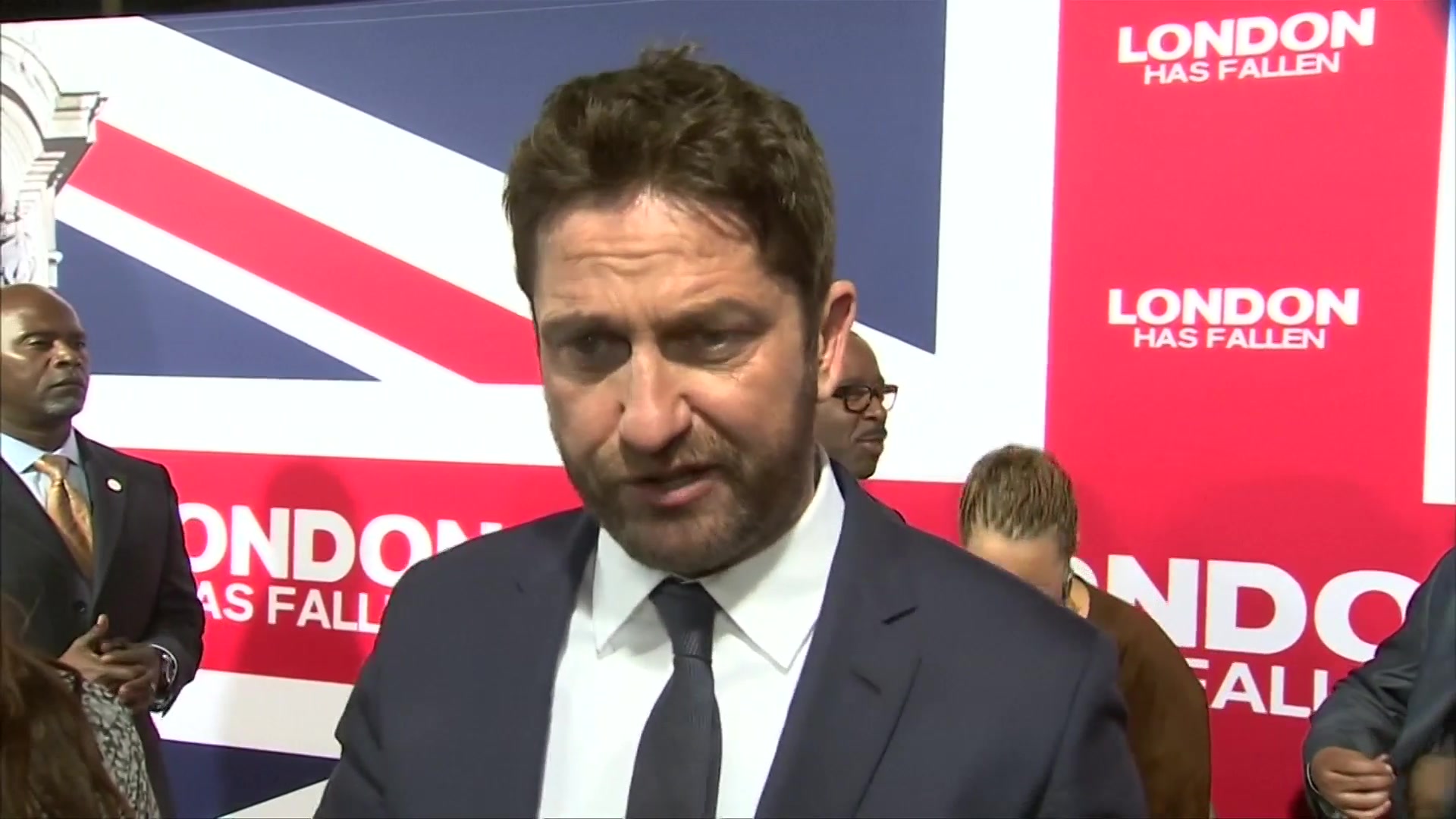 2013's "Olympus Has Fallen" already didn't receive rave reviews, but its sequel, "London Has Fallen" is scoring even lower with critics.

Citing it as "one of the cheapest looking $100 million movies ever made" and "the most daftly plotted action movie of recent years," critics gave the movie starring Gerard Butler, Aaron Eckhart, Morgan Freeman, Angela Bassett and Melissa Leo, a low 23 percent Rotten Tomatoes score.

Even the screenwriters get blasted in most of the reviews posted online, similarly to TheWrap's film critic Andy Klein's review, who said "the four credited screenwriters — the returning Creighton Rothenberger & Katrin Benedikt, plus Christian Gudegast ("A Man Apart") and Chad St. John — make things move fast enough to keep you awake, but not fast enough to finesse its plot absurdities past an alert viewer's mind."

"Olympus Has Fallen," which currently holds a score of 48 percent on Rotten Tomatoes, went on to gross $161 million worldwide. Whether the sequel will go down the same path is yet to be seen when it opens wide this weekend.

See 8 of the worst reviews below.

Ignatiy Vichnevetsky, A.V. Club:
"One of the cheapest looking $100 million movies ever made, this sequel to the 2013 sort-of-hit 'Olympus Has Fallen' ditches the original's 'Die Hardin the White House' premise in favor of sub-'Death Wish 3' sadism and 'Red Dawn'-esque survivalism, but without the notes of camp or jingoist pulp that could make either watchable. Instead, Swedish director Babak Najafi ('Easy Money: Hard To Kill') has thrown together one of the worst action movies in recent memory, its signal achievement being a firefight that's presented in a single take, but which still manages to be incomprehensible."

Robbie Collin, The Telegraph:
"'London Has Fallen's' screenplay is credited to four people, though I'd gently suggest that when your hero's dialogue becomes indistinguishable from a Britain First Facebook thread, it's time to abandon further script polishes and turn to a box of matches and a flame-charred oil drum."

William Thomas, Empire:
"There's no algorithm to measure it accurately, but 'London Has Fallen' may just be the most daftly plotted action movie of recent years. Out-stupiding both 'Taken 2,' which had characters navigating the streets of Istanbul using hand grenades, and 'Fast & Furious 7,' in which Vin Diesel drove his car off a cliff on purpose, is no mean feat. It's a film that doesn't so much invite you to switch off your brain as take it out and dump it in the nearest popcorn box."

Stephen Witty, Newark Star Ledger:
"Gerard Butler, fresh from 'Gods of Egypt,' is once again running around and sweating and grimacing and good at it, although to call him a comic-book hero is to insult comic books. As the president, all the chiseled-chin Eckhart does is make you marvel at how well Harvey Dent's last campaign must have gone. But the film cheaps out on the rest of the cast, using a lot of economically unfamiliar people to play the English good guys and Middle Eastern bad guys. The supporting American stars – Morgan Freeman and Melissa Leo among them – are all stuck back on a single set in D.C., in pointless, hastily shot scenes of them watching it all unfold on a giant video screen. I'm surprised none of them thought of changing to a different channel. I sure did."

Peter Bradshaw, The Guardian:
There is some surreal fun at the beginning as everything collapses, fake police open fire on dignitaries including Germany's 'Chancellor Agnes Bruckner,' and there's even a Final Destination feel to the way all these heads of state get whacked. Butler and Eckhart realise that security provisions in foreignland mean zilch: they can only rely on themselves, along with a few loyal SAS guys and a pert female MI6 agent. But then it's the same thing over again, with poor old vice-president Morgan Freeman looking like a stricken deer in the emergency ops room."

Ed Gonzales, Slant Magazine:
Butler, whether sliding out of a car door to shoot at a pursuer or jumping from scaffolding and into a nearby building, is as fleet on his feet as Najafi is in his sculpting of the film's flurry of action. Like its predecessor, 'London Has Fallen' is content to dumbly relish in the inanity of Mike's rampage. Outside of a scene where Lynne Jacobs (Angela Bassett) acknowledges our government's lack of foresight, politics are rarely on its mind. But as smart as it may seem for painting Barkawi as seeking revenge solely for the death of his daughter, the film mostly succeeds at advancing Mike's improbable yet largely singular survival as a symbol of American triumphalism."

Fionnuala Halligan, Screen International:
"Attempts may be made to tie this preposterous production to the rise of Donald Trump, and certainly most Britons will feel uncomfortable to have their capital city hitched to this unpleasant wagon. The more likely outcome however is that very few of them will see it."

Matt Prigge, Metro:
When it's cooking it's easy to forget how blithely offensive much of this is, or that the script is barely sentient. In between amusingly wasting numerous acclaimed actors — Melissa Leo, undressed and humiliated in 'Olympus,' gets maybe three lines, probably just two — it can't even bother with a subplot about a mole in Scotland Yard, which is resolved in comically anti-climactic fashion. There's no way defend a movie like this, whose politics are Trump-level incoherent and in which drones kill innocent people but are still awesome. Depending on who you're voting for, you may leave chuckling and needing a cold shower."

Read original story 'London Has Fallen' Might Be 'The Most Daftly Plotted Action Movie of Recent Years,' Critics Say At TheWrap