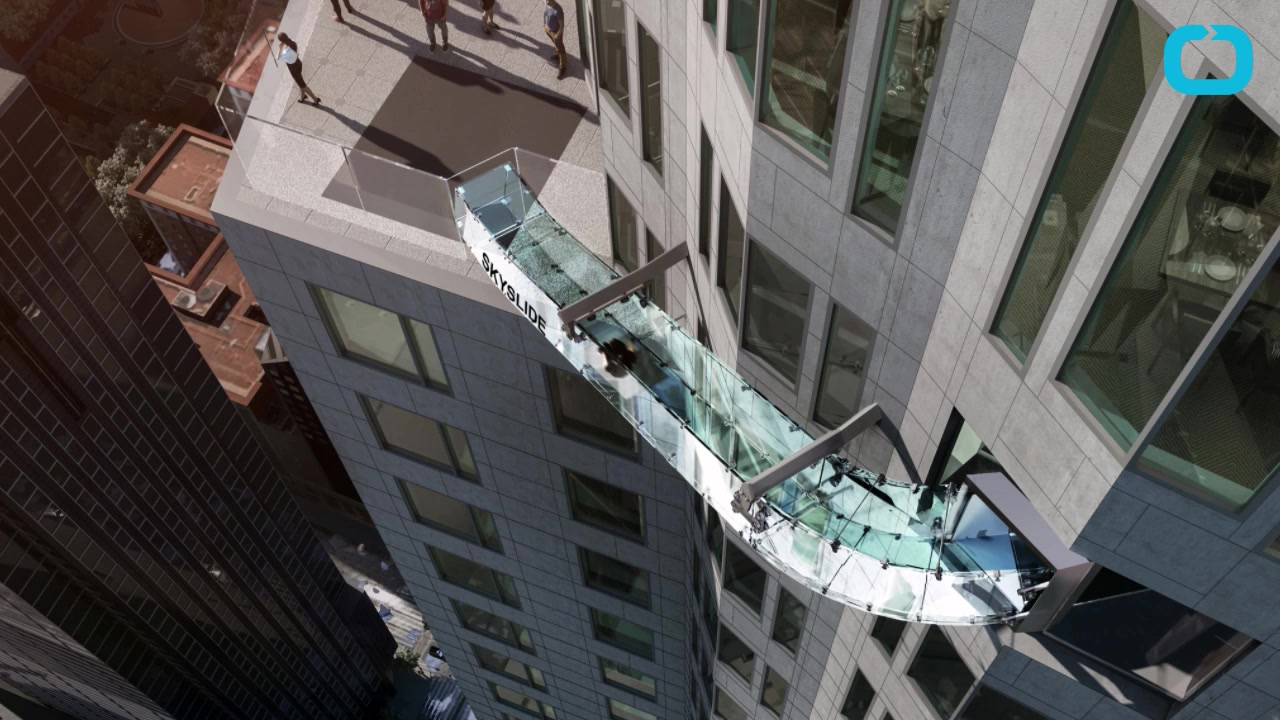 Remember sliding down the slide at the playground when you were a child, and the exhilaration you'd feel with the odd sensation of letting gravity carry you?

Time for a major adult upgrade, where this time, the city of Los Angeles is your playground.

SEE ALSO: The 20 best places to live in the US

The West Coast's tallest building, which scales a solid 72 stories overlooking Los Angeles, is about to get a major architectural upgrade—one that we sure hope doesn't crack. 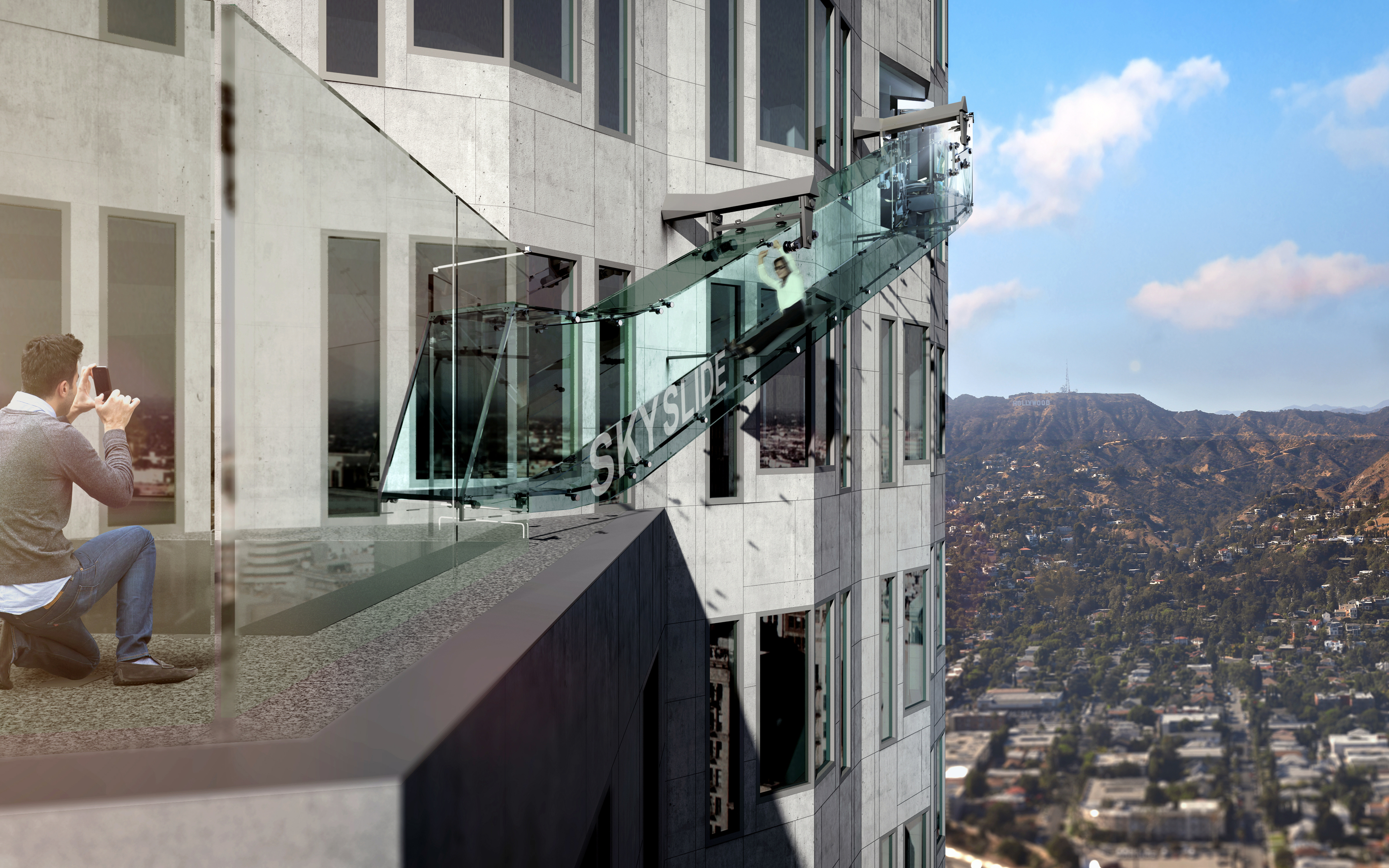 A 45-foot-long glass slide is being built on top of Los Angeles' U.S. Bank Tower. The slide will go from the 70th to the 69th floors and is estimated to sit a mere 1,000 feet above ground.

The project, called Skyslide, is part of a $50M renovation to the building that's set to also include a bar and observation deck located on the top stories of the building. 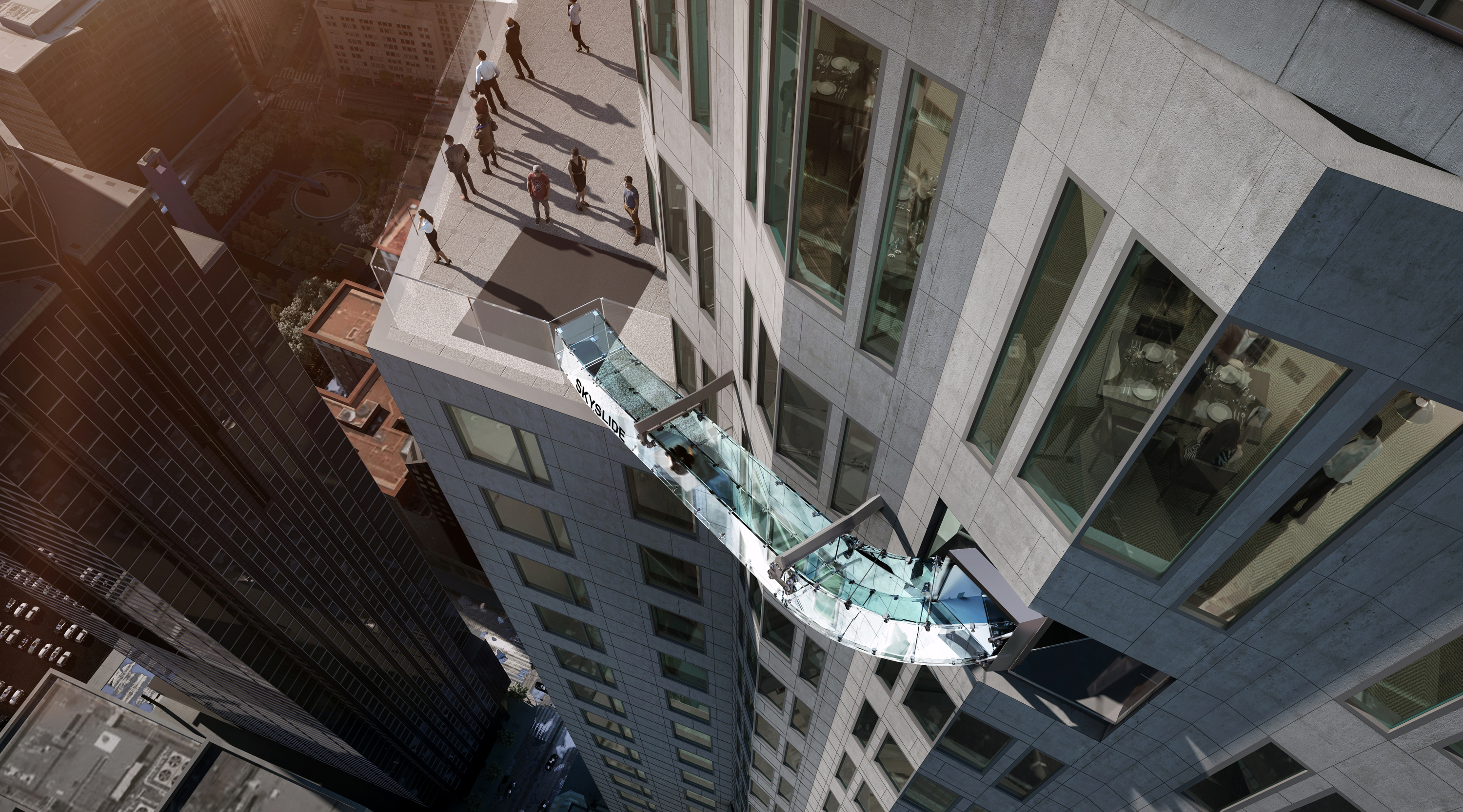 Visitors will be able to ride the slide for $8, starting June 2016.

RELATED: Take a look at the tallest building in Chicago, the Sears/Willis Tower:

More on AOL Finance:
17 US cities where people are flipping houses like crazy
California's most iconic burger chain is on the cusp of a massive change to its main ingredient
Meet the world's youngest billionaire